Trump Was Almost Re-Elected. What Does That Say About Us?

Rick Shenkman is the founder of the History News Network, and the author of Political Animals: How Our Stone-Age Brain Gets in the Way of Smart Politics (Basic Books). You can follow him on Twitter @RickShenkman. 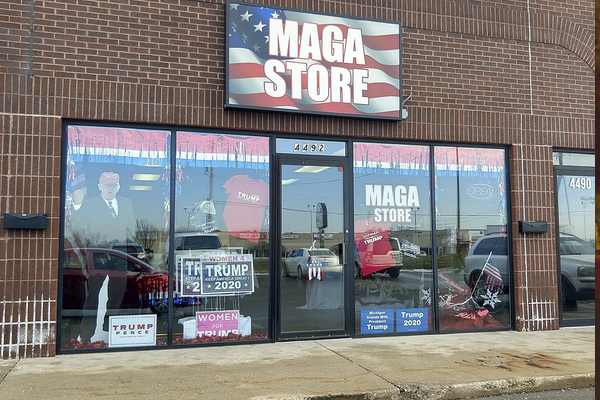 If President Trump had handled the coronavirus pandemic with even moderate competence, he probably would have been reelected. Fact: In the 2020 election half of our 50 states favored Trump, and if he had won just four more (Nevada, Wisconsin, Georgia, and Arizona), each of which he lost by less than 1 percent of the vote, he would have been reelected. Fact: 74 million of our fellow citizens, 47 percent of those who voted, wanted Trump to continue in office for another four years.  He received nearly ten million more votes in 2020 than in 2016.

Consider this: If just men had voted, the winner would have been Trump. The same goes for all these other groups: whites, Christians, married people or those over age 45, those living in small towns and rural areas or in the South and Midwest, people making over $100,000 per year or those who thought they were better off financially than in 2016, and those for whom the economy was their most important issue (see various exit polls, e.g., here and here).

What if Trump had won? How could so many people have supported a man who made tens of thousands of false statements during his presidency, who had been accused of sexual misconduct by dozens of women? Under whom our physical climate and respect for democracy eroded. What did such a high level of Trumpian support say about our country? Has the moment of greatest danger passed?

Sweeping generalizations are always dangerous, and historians are trained to avoid them. For example, among the groups mentioned above that gave majority support to Trump, such as men, a significant portion (even though a minority) did not. So we cannot say all men, or all whites, or all Christians supported Trump.

So what can we say? What generalizations can we make about Trump voters in 2020? What follows are some that we feel a high percentage of confidence in making, realizing that when we say “Trump voters” we do not mean all of his supporters, just a significant number of them.

1) Trump voters are uncomfortable with America’s changing demographics.  Overwhelmingly white, male and Christian, they look like the old America.  This may be as good a clue as any as to why they voted the way they did.  Time and again Trump played on his voters’ tribal identity as an aggrieved group who had come to see themselves as strangers in their own land.  While his slogan — “make America great again” — can be read in multiple ways, it’s clear that it mainly played on his voters’ anger as a seemingly eclipsed group whose social status is in decline.  In reality, white male Christians retain privileges minorities can only dream about.  But as the social scientist Thomas Gilovich has shown human beings under-appreciate the tailwinds at their back. What is salient are the headwinds.

2) Trump voters are attracted to hateful appeals rooted in sexism, xenophobia, and racism, among others. Most significantly, they are delighted that in Trump’s America it was perfectly acceptable to publicly confess that you don’t like women who are powerful, immigrants who look different than you do, and black and brown people who take pride in their race.

3) Trump voters are angry.  While the news media reflexively describe them as fearful, social scientists have found that anger is the predominant emotion.  Trump voters are angry a woman ran for the presidency in 2016 and the vice presidency in 2020.  They are angry the country is filling up with immigrants with brown skin.  They are angry manufacturing jobs moved to Mexico and China.  And, of course, they are angry the world seems to have left them behind.  The significance of this is that anger amplifies voters’ outrage and stymies them from reconsidering their views in the face of evidence contrary to their assumptions. Angry voters generally are disinclined to compromise and are intolerant of those who do. Their anger is not incidental to their politics.  Rather, it sometimes seems to be the main point.  This often makes them seem paranoid, which puts them in the same camp as earlier generations of right-wingers studied by historians like Richard Hofstadter.

When anger is married to tribalism, as it is in Trump voters, it is unsurprising that they often behave like members of a cult impervious to facts. Like those in the infamous 1950s UFO cult who refused to admit they were wrong when their prophesy of the end of the world failed to materialize, Trump voters adamantly refuse to acknowledge that their belief in numerous conspiracies involving the “deep state,” elections officials, and Democrats might be unfounded.

To the consternation of liberals, Trump voters often go to great and ridiculous lengths to justify themselves.  But it may be that their crazy conspiracy theories are less a reflection of their actual beliefs than a measure of their partisan commitments.  As social scientists have noted, groups often ask members to demonstrate their fealty by requiring them to adhere to strange beliefs, a practice known as costly signaling. This, rather than obtuseness, may explain why some 70 percent of Republicans claim to believe that Donald Trump actually won the 2020 election.  A side benefit is that the insistence that Trump won is yet another way to “own the libs.”

4) What draws voters to Trump is both his populist appeal and its simple-minded dichotomies.  His voters revel in Trump’s us-versus-themism, loudly cheering when the president singles out the media as the enemy of the people.  Trump loyalists relish the belief that he stands with them, the little guy, against a corrupt elite.  The feeling underlying this simplistic populism supercharges their belief in their own virtue.

5) Finally, Trump voters exhibit a profound indifference to the problems facing the country as a whole.  What energizes them is their list of grievances. The Republican Party’s decision not to even draft a party platform in 2020 speaks volumes. Issues like climate change did not even make it into the top ten of Trump voters’ concerns. The evidence that their criteria for selecting a president was much narrower than any consideration of our country’s overall good is overwhelming.

Given the above traits characteristic of Trump voters it is not difficult to understand why the country is as polarized at it is.  But distinctions are in order.  The 74 million people who voted for Trump do not constitute an undifferentiated mass.  Most importantly, millions of them voted for Trump solely because he had an R next to his name.  The pool of deadenders is undoubtedly much smaller than his astonishing vote tally would suggest at first glance.  They probably number less than a quarter of the whole group.  Our evidence:  during Trump’s first impeachment trial only 24 percent of Republicans said that nothing could get them to change their minds.

Looking at the present state of our country, at the continuing polarization, it is natural to ask whether now, with Trump’s defeat, we are over the worst of it. To begin with, however, we should acknowledge that the seeds of Trumpism were not some foreign import but sprouted from American soil.

One of us has written books indicating how ill informed American voters were in 2008 and how in 2016 truth was less important to voters than their own biases. The other author of this essay has written on how the anti-intellectualism, selfish individualism, racism, crass materialism, and machoism that characterizes Trump was nourished by elements present in U. S. culture for centuries.

But Trump accentuated these traits and many Republicans are now still gorging on blatantly biased media like Fox News and hyper-polarization has become the norm.  Add in social media like Twitter and Facebook, whose algorithms reward extremist posts, and you get the warped, dysfunctional politics characteristic of our age.  But as Ezra Klein has recently argued, it’s not polarization per se that gave us Donald Trump.  It’s the system itself.  Absent the Electoral College we most likely would be entering the second term of President Hillary Clinton.  Were voter suppression not rampant Democrats would no doubt have increased substantially their hold on the House of Representatives.  The Senate is the bloody mess it is because of the filibuster.

President Biden has attempted to reduce polarization, but Trumpian thinking (and non-thinking) remains dominant among those still considering themselves Republicans, and we should not forget how perilously close we came in November 2020 to almost inflicting irreparable harm on our American democracy (a shift of under 50,000 votes in three states would have forced the election into the House of Representatives where Trump likely would have prevailed).  Whether Biden can succeed in reducing the tempests of the Trump presidential years or whether they will continue to rage on remains an open question.