Will Capitalist Consumer Culture Absorb Another Generation of Protest? 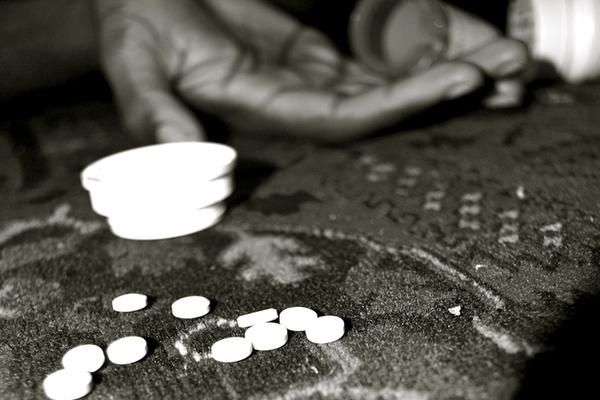 I just read conservative columnist Ross Douthat’s article “The Second Defeat of Bernie Sanders,” and it made me sad. What Douthat thinks may be occurring as a result of all the protests stemming from the knee-on-neck killing of George Floyd is that Sanders “may be losing the battle for the future of the left.” Douthat sees the anti-racist protests “earning support from just about every major corporate and cultural institution,” and they are doing so because these protests do not threaten corporation-dominated capitalism the way Bernie Sanders’s campaign, for the last four years, has scared the profiteers of our existing capitalism. One that has produced the likes of Big Oil’s misleading propaganda regarding climate change and Purdue Pharma’s marketing of OxyContin, which put profits before lives and helped produce the opioid crisis.

Douthat admits that the “current wave of protests will have unpredictable consequences.” Moreover, any results that reduce racism will be a major positive step forward. And yet… Bernie has stood for a major challenge to capitalism in the age of Trump. This challenge should not be absorbed like the consumer capitalism of the 1970s swallowed up the aspirations of many of the 1960s protesters--like a large ocean predator gulping up smaller fishes.

In his Bobos In Paradise: The New Upper Class and How They Got There (2000), conservative columnist David Brooks wrote: “We’re by now all familiar with modern-day executives who have moved from S.D.S. [a radical student organization that flourished in the 1960s] to C.E.O. . . . Indeed, sometimes you get the impression the Free Speech Movement [begun in 1964 at the University of California, Berkeley] produced more corporate executives than Harvard Business School.”

In his The Culture of Narcissim (1978) historian Christopher Lasch identified a new type of culture that had arisen. It stressed self-awareness. But, unlike the counterculture of the 1960s, it did not oppose the capitalist consumer culture of its day, but rather meshed with it, goading “the masses into an unappeasable appetite not only for goods but for new experiences and personal fulfillment.”

Many of the former youth protesters of the 1960s participated in this “mass consumption,” as the growing consumer culture sold mass entertainment in new formats (including for music, films, and books) to young adults.

Recent decades have brought little relief from our culture of consumption and narcissism. One of the period’s most notable changes has been the expansion of the Internet and social media. In These Truths: A History of the United States, historian Jill Lepore states that “blogging, posting, and tweeting, artifacts of a new culture of narcissism,” became commonplace. In 2016, we Americans chose for our president perhaps the most narcissistic and materialistic man to ever hold the office—Donald Trump.

In an email in late June 2020, Sanders urged his followers to keep seeking “an economic system based on the principles of justice, not greed”; to “make health care a human right and not a jobs benefit”; and to “create millions of good jobs by implementing a Green New Deal as we lead the world in combating climate change.” These are the type of goals that appealed to many of Bernie’s supporters. They saw him as a candidate who would combat some of the abuses of U. S. capitalism, abuses that have led a majority of Democrats, especially younger ones, to look more favorably on the type of democratic socialism that has appeared in Western Europe than on the capitalism dominating in Trumpian America.

Capitalist deficiencies have long been apparent. Almost a half century ago the British economist and environmentalist E. F. Schumacher, like Sanders a democratic socialist, presaged Bernie by writing that capitalism failed to adequately consider “the availability of basic resources and, alternatively or additionally, the capacity of the environment to cope with the degree of interference implied.” By advertising and marketing, it also encouraged a “frenzy of greed and . . . an orgy of envy,” and “the cultivation and expansion of needs is the antithesis of wisdom.” Moreover, by ignoring wisdom, humans were in danger of building up “a monster economy, which destroys the world.”

But the capitalism observed by Schumacher had been the dominant economy in the USA throughout the twentieth century. From the 1890s forward, as historian William Leach has written:

American corporate business, in league with key institutions, began the transformation of American society into a society preoccupied with consumption, with comfort and bodily well-being, with luxury, spending, and acquisition, with more goods this year than last, more next year than this. American consumer capitalism produced a culture almost violently hostile to the past and to tradition, a future-oriented culture of desire that confused the good life with goods. It was a culture that first appeared as an alternative culture . . . and then unfolded to become the reigning culture in the United States.

Many Americans, including U. S. presidents, perceived that ever-increasing consumption was necessary for the nation’s prosperity, though few would state the case as bluntly as one marketing consultant of the mid-1950s, who declared: “Our enormously productive economy . . .demands that we make consumption our way of life, that we convert the buying and use of goods into rituals, that we seek our spiritual satisfactions, our ego satisfactions, in consumption. . . . We need things consumed, burned up, worn out, replaced, and discarded at an ever increasing rate.”

A 2020 critique of our present capitalism comes from Anne Case and Angus Deaton’s recently published book Deaths of Despair and the Future of Capitalism. Its authors write “Capitalism does not have to work as it does in America today. It does not need to be abolished, but it should be redirected to work in the public interest.” They believe (as does Bernie) that the “healthcare industry . . . is a cancer at the heart of the economy, one that has widely metastasized, bringing down wages, destroying good jobs, and making it harder and harder for state and federal governments to afford what their constituents need. Public purpose and the wellbeing of ordinary people are being subordinated to the private gain of the already well-off. None of this would be possible without the acquiescence—and sometimes enthusiastic participation—of the politicians who are supposed to act in the interest of the public.”

The authors also criticize “the rising economic and political power of corporations,” which has allowed them “to gain at the expense of ordinary people, consumers, and particularly workers. At its worst, this power has allowed some pharmaceutical companies, protected by government licensing, to make billions of dollars from sales of addictive opioids that were falsely peddled as safe, profiting by destroying lives. More generally, the American healthcare system is a leading example of an institution that, under political protection, redistributes income upward to hospitals, physicians, device makers, and pharmaceutical companies while delivering among the worst health outcomes of any rich country.”

Other critics of modern-day U. S. capitalism include Pope Francis, who has criticized modern-day capitalism as “unjust at its root,” and Pulitzer Prize winning economist Joseph Stiglitz. In his People, Power and Profits: Progressive Capitalism for an Age of Discontent (2019) Stiglitz argues for a more “progressive capitalism,” one that would recognize a “moral or transcendental ethic” and seek not just profits, but also the common good.

In a 2016 talk Sanders raised the question, “How moral is our economy?” In his 2020 campaign he indicated that our present Trumpian economy, which favors the rich, furthers inequality, and despoils our environment, is immoral.

Douthat suggests that Bernie’s criticism of capitalism is “losing the battle for the future of the left” because modern-day U. S. capitalism is indifferent to the protesters’ “purge of Confederate monuments” and that corporations can respond to police brutality criticisms by condemning racism without adopting the type of “transcendental ethic” that Stiglitz, Pope Francis, and Sanders are urging.

In an early 2020 HNN op-ed Gary Dorrien wrote that “Sanders lines up with FDR, Martin Luther King Jr., and Catholic social teaching in believing that real freedom includes economic security.” And, indeed, Martin Luther King, among others, perceived the necessity, as Michelle Alexander has written, of “openly critiquing an economic system that will fund war and will reward greed, hand over fist, but will not pay workers a living wage,” and he ignored “all those who told him to just stay in his lane, just stick to talking about civil rights.” In one of his better speeches, at New York’s Riverside Church in 1967, he said, “we must rapidly begin the shift from a thing-oriented society to a person-oriented society. When machines and computers, profit motives and property rights, are considered more important than people, the giant triplets of racism, extreme materialism, and militarism are incapable of being conquered.”

Douthat may be right. Present-day protests may make corporations less racist without affecting their essential nature. They were able to digest, and even profit from, the hippies and protesters of the 1960s and early 1970s--after all, at some point young adult protesters had to earn money and where else were they going to do that except within the U. S. capitalist economy?

Nevertheless, protesters and leftists in 2020 will be mistaken if they forget and fail to heed Bernie’s criticism of today’s corporate capitalism. Like that of MLK, Stiglitz, and Pope Francis, it contains much wisdom.