The Main Problem with Donald Trump: He's a Fool 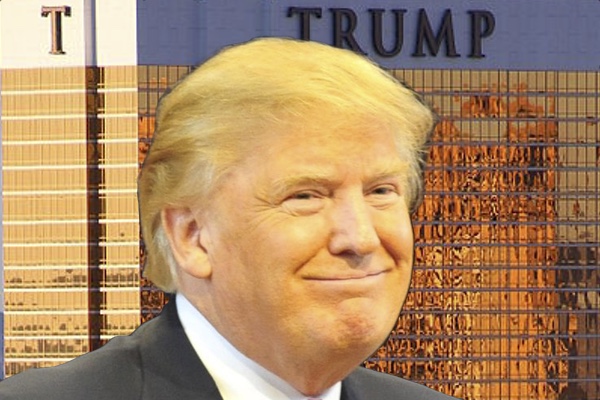 By calling Donald Trump a fool, I do not wish to engage in mindless name-calling. Borrowing from the Oxford Dictionary, which defines a fool as "a person who acts unwisely or imprudently," I merely wish to say that Mr. Trump often demonstrates unwise behavior.

This is not to deny that Trump possesses considerable talents (like making money), intelligence, or “street-smarts.” But wisdom scholar psychologist Robert Sternberg has written that “people are wise to the extent that they use their intelligence to seek a common good,” and “smart and well-educated people” are often unwise because of four fallacies, which he identifies as:

1. The egocentrism fallacy, whereby they come to believe that the world revolves, or at least should revolve, around them. They act in ways that benefit them, regardless of how that behavior affects other people.

2. The omniscience fallacy, whereby they come to believe that they know all there is to know and therefore do not have to listen to the advice and counsel of others.

3. The omnipotence fallacy, whereby they come to believe that their brains and education somehow make them all-powerful.

4. The invulnerability fallacy, whereby they come to believe not only that they can do what they want, but that others will never be clever enough to figure out what they have done, or to get back at them.

Some Trump quotes gathered together in “The Humble Mr. Trump in His Own Words” suggest how Trump personifies such fallacies. For example, “I’m very smart. My life has proven that I’m smart.” And “My whole life is about winning. I always win.”

Such character flaws block the way to the type of political wisdom we should seek in a presidential candidate. If, as thinkers from Aristotle to Pope Francis believe, the main task of politics is furthering the common good, then what we should wish for above all in a president is someone who possesses the wisdom qualities to accomplish this goal.

Sternberg once mentioned George Washington and Abraham Lincoln as wise presidents. Both men valued wisdom and displayed many of the qualities that accompany it such as compassion, empathy, humility, tolerance, a sense of humor, creativity, temperance, and self-discipline. Which of these characteristics does anyone associate with Donald Trump?

Washington, on the other hand, was known for his humility, as Ron Chernow emphasizes in his award winning biography. “Washington in victory [after the battle of Yorktown, 1781] was the picture of humility. In reporting to Congress, he deflected attention from himself.” And later, “It speaks to Washington’s humility that the greatest man of his age was laid to rest in a communal tomb where nobody could single out his grave or honor him separately.”

Lincoln was known for many of his wisdom qualities. In a book on the great president, Fred Kaplan emphasizes his great appreciation of “wisdom literature” and writers like Shakespeare. In addition to his compassion, two of the most prominent wisdom qualities were his humility and humor.

The Pulitzer-Prize winning poet and biographer Carl Sandburg wrote that “Lincoln was the first true humorist to occupy the White House.” But by the time he became president his humor reflected more wisdom than it had when he was only a young Illinois state representative. At that earlier time, as Sandburg noted, “he let himself go in sarcasm and satire that was to bring him shame and humiliation. He would change. He was to learn, at cost, how to use the qualities of pity and compassion that lay deeply and naturally in his heart, toward wiser reading and keener understanding of all men and women he met.”

Another source on Lincoln, states that he was “known for his humor and folksy anecdotes, he liked to tell all kinds of jokes, bawdy stories, and yarns—usually poking fun at himself. . . . When he was accused of being two-faced [during an earlier Lincoln-Douglas debate], Lincoln responded: ‘If I had another face, do you think I would wear this one?’ ”

Such self-deprecating humor reflects well the connection that the theologian Reinhold Niebuhr saw between it and humility.

People with a sense of humor do not take themselves too seriously. They are able to “stand off” from themselves, see themselves in perspective, and recognize the ludicrous and absurd aspects of their pretensions. All of us ought to be ready to laugh at ourselves because all of us are a little funny in our foibles, conceits and pretensions. What is funny about us is precisely that we take ourselves too seriously. We are rather insignificant little bundles of energy and vitality in a vast organization of life. But we pretend that we are the very center of this organization. This pretension is ludicrous; and its absurdity increases with our lack of awareness of it. The less we are able to laugh at ourselves the more it becomes necessary and inevitable that others laugh at us.

Often writing on political subjects, Niebuhr believed that “a sense of humor is indispensable to men of affairs who have the duty of organizing their fellowmen in common endeavors. It reduces the frictions of life and makes the foibles of men tolerable.” But while we may good-naturedly laugh at the foibles of others, we should be humble enough to realize that we also sometimes act foolishly.

But where is the humble self-deprecating humor of a Lincoln to be found in a man who can seriously say that he has “the world’s greatest memory”; “I’m so good looking”; and I’m “sorry losers and haters, but my I.Q. is one of the highest—and you all know it”?

The British political thinker Isaiah Berlin was one of the twentieth century’s leading thinkers on political wisdom, and he suggested “that even when we encounter policies that we feel confident in condemning . . . we should do so moderately and humbly, while retaining doubts about our own program and resisting the lure of our own certitudes.”

How did we as a nation get ourselves in such a fix that a major contender for the presidency can be such a fool as conservative columnist David Brooks describes him? “He has no realistic policies . . . no capacity to learn. His vast narcissism makes him a closed fortress. He doesn’t know what he doesn’t know and he’s uninterested in finding out. He insults the office Abraham Lincoln once occupied by running for it with less preparation than most of us would undertake to buy a sofa.”

Part of the problem, I fear, is in ourselves, in how our popular and political culture has evolved. As Cassius says in Shakespeare's Julius Caesar “The fault, dear Brutus, is not in our stars but in ourselves.”

Many decades ago a certain degree of humility was widely admired. Many of us who are older can fondly remember Gary Cooper’s portrayal of Lou Gehrig in The Pride of the Yankees, especially Gehrig’s farewell speech at Yankee Stadium after his fatal illness forced him to retire. Although the film took a few artistic liberties in presenting the speech, it captured well Gehrig’s essential humility.

In the 1960s and 1970s, according to one poll, "the most trusted man in America" was CBS anchorman Walter Cronkite. A long-time acquaintance commenting on his humility wrote, “Not one time in his presence did I see arrogance or presumptuousness.”

But in sports, newscasting, and politics humility has become much rarer. Instead of trusting someone like Walter Cronkite, too many of us now place our faith in the likes of Fox’s Bill O’Reilly.

In late 2005, Democratic Congressman David Price (NC) observed “Humility is out of fashion these days. Political leaders, advocates, and pundits often display an in-your-face assertiveness, seeming to equate uncertainty or even reflectiveness with weakness and a lack of moral fiber.” More recently a Huffington Post piece states, “Listening to the media these days one would think that our leaders have lost all sense of humility, if indeed they ever had it.” Its main example is Donald Trump, and it ends with a Biblical quote that should make all the Christian Bible-loving voters who intend to vote for him think twice: “With pride comes disgrace, but with humility comes wisdom” (Proverbs 11:2).

As a nation, we can only hope that come November we will not be heading toward the disgrace that a President Donald Trump’s pride and arrogance would surely produce.