Capitalism? Socialism? How about Just a Fair and Moral Economy? 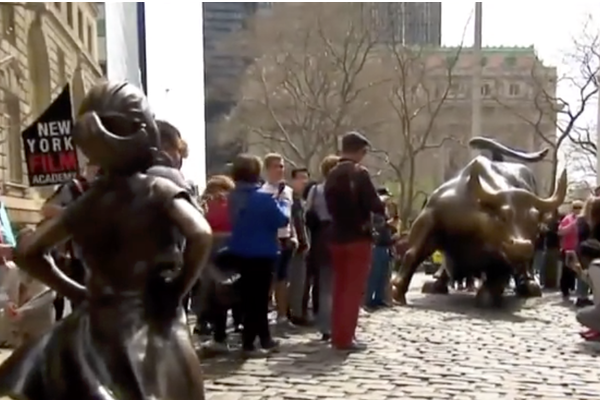 In early 2019, Donald Trump warned against socialism: it “promises unity, but it delivers hatred and it delivers division. Socialism promises a better future, but it always returns to the darkest chapters of the past. That never fails. It always happens. Socialism is a sad and discredited ideology rooted in the total ignorance of history and human nature.”

His campaign claimed that “Bernie Sanders has already won the debate in the Democrat primary, because every candidate is embracing his brand of socialism.” But in February and March 2019, numerous candidates such as Beto O’Rourke, Kamala Harris, Elizabeth Warren, and John Hickenlooper scrambled to answer whether they favored capitalism or socialism. If I were any of them, I would simply say, “I’m for a fair and moral economy, call it what you will. Politics is too full of labeling.”  My rationale for such a statement is that both capitalism and socialism have too much historical baggage.

Socialism and socialist have long been scare words conservatives have hurled at opponents. Social Security? Socialist! Medicare? Socialist! In the 1960s when Medicare was being debated, the American Medical Association (AMA) had a leading actor speak out against it on a record entitled “Ronald Reagan Speaks Out Against Socialized Medicine.”

Bernie Sanders might admit to being a “democratic socialist,” but his critics like to ignore the difference between this type of socialism, common in Europe, and the kind that existed in the Union of Soviet Socialist Republics (USSR) or in modern Venezuela. In his State of the Union speech, President Trump claimed that Venezuelan “socialist policies have turned that nation from being the wealthiest in South America into a state of abject poverty and despair,” and that “in the United States, we are alarmed by the new calls to adopt socialism in our country. America was founded on liberty and independence—not government coercion, domination, and control. We are born free and we will stay free. Tonight, we renew our resolve that America will never be a socialist country.”

But capitalism also has become increasingly distasteful to many Americans, especially younger ones, who associate it with too many negative connotations (see here and here).  Its past includes the exploitation of labor (including children), as Karl Marx and Charles Dickens portrayed; the U. S. Gilded Age and era of Robber Barons such as J.P. Morgan, Andrew Carnegie, John D. Rockefeller, and railway tycoon Jay Gould;  and the refusal of governments to interfere in the “free market” to alleviate suffering in times such as the Irish famine of the late 1840s or the Great Depression—in 1932, President Hoover thought that “Federal aid would be a disservice to the unemployed.”

There have also been the periodic depictions of greedy capitalists (e.g. , the 1987 film Wall Street, in which Michael Douglas’s character, Gordon Gekko, proclaims, “Greed, in all of its forms — greed for life, for money, for love, knowledge—has marked the upward surge of mankind”); the rapacity of corporations such as Wells Fargo that created fake accounts and  Purdue Pharmacy that put money-making before health and sparked the opioid crisis; and the present incarnation of ugly capitalism, the author of the Art of the Deal and our current president, Donald Trump.

One of the main problems with unrestrained capitalism is—as sociologist Daniel Bell in his The Cultural Contradictions of Capitalism: 20th Anniversary Edition indicated—is that it has “no moral or transcendental ethic.” As conservative economist Milton Friedman wrote in 1970, “The social responsibility of business is to increase its profits.”

There was one period in U. S. history that attempted to provide the moral ethic that capitalism ignored—the Progressive Era (1890-1914). One historian characterized the progressive movement of the time as an attempt “to limit the socially destructive effects of morally unhindered capitalism, to extract from those [capitalist] markets the tasks they had demonstrably bungled, to counterbalance the markets’ atomizing social effects with a counter calculus of the public weal [well-being].” This movement did not attempt to overthrow or replace capitalism but to constrain and supplement it in order to insure that it served the public good.

Although Progressivism succeeded in some ways, its forward momentum was stalled by World War I and 12-years of Republican presidents from early 1921 to early 1933.  The presidency of Franklin Roosevelt (1933-1945) and his New Deal economic and social policies renewed the progressive effort. Despite ebbs and flows in the continued advancement of progressive economics after World War II, the U. S. State Department in 2001 still declared that though “the United States is often described as a ‘capitalist’ economy,” it “is perhaps better described as a ‘mixed’ economy, with government playing an important role along with private enterprise.

To further such a mixed economy Pulitzer Prize winning economist Joseph Stiglitz, in his new book People, Power and Profits: Progressive Capitalism for an Age of Discontent, recommends “progressive capitalism.” In an interview, he explains that he believes in a market economy, but also in government regulation. And his term suggests that, like the progressives of the Progressive Era, he believes that our economy should recognize a “moral or transcendental ethic”—seeking the common good.  (Such a goal has also been recommended by Pope Francis, who has criticized modern-day capitalism as “unjust at its root.”)

Stiglitz’s term “progressive capitalism,” however, still has one main drawback: It fails to avoid the trap he tried to avoid regarding socialism. No matter what adjective you put before a baggage-laden word (democratic before socialist or progressive before capitalism), the main word is still too emotionally tinged.

“A fair and moral economy,” however, is easy to defend while still having historical roots. “You’re against it? What do you want, an unfair and immoral economy?” In President Harry Truman’s 1949 State of the Union address he declared, “Every segment of our population and every individual has a right to expect from our Government a fair deal.” As part of such a deal he proposed universal health insurance. (“We must spare no effort to raise the general level of health in this country. In a nation as rich as ours, it is a shocking fact that tens of millions lack adequate medical care. We are short of doctors, hospitals, nurses. We must remedy these shortages. Moreover, we need—and we must have without further delay—a system of prepaid medical insurance which will enable every American to afford good medical care.”) A conservative coalition of Republicans and Southern Democrats, however, blocked such health insurance and many other aspects of Truman’s proposed Fair Deal.

A “moral economy” also has worthwhile precedents. One of capitalism’s earliest heroes, Adam Smith, taught “Moral Philosophy” in Glasgow, and his The Theory of Moral Sentiments (1759) provided the groundwork for his later more famous The Wealth of Nations (1776). However right or wrong his ideas might be, one cannot claim that Smith was indifferent to a “moral economy.”

More recently, in 2016, Bernie Sanders gave a talk in Rome entitled “The Urgency of a Moral Economy: Reflections on the 25th Anniversary of Centesimus Annus.” In response, I devoted a substantial essay to the talk. Thus, only a brief recap of its main points are needed here.

First, Sanders noted that the Catholic Church’s “social teachings, stretching back to the first modern encyclical about the industrial economy, Rerum Novarum in 1891, to Centesimus Annus, to Pope Francis’s inspiring [environmental] encyclical Laudato Si’. . . have grappled with the challenges of the market economy. There are few places in modern thought that rival the depth and insight of the Church’s moral teachings on the market economy.” Sanders also claimed that Pope Francis in his 2013 “apostolic exhortation” Evangelii Gaudium “stated plainly and powerfully that the role of wealth and resources in a moral economy must be that of servant, not master.”

I ended my essay by writing that one of Sanders’s most important contributions might have been leading us to reexamine the question “How moral is our economy?” Now, three years later, some of the Democratic candidates for the 2020 presidential nomination, such as Sanders and Elizabeth Warren, are suggesting that our present Trumpian economy, which favors the rich, furthers inequality, and despoils our environment, is unfair and immoral.

In his new book, People, Power and Profits, and in other places, Joseph Stiglitz indicates that our present “economy is not only failing American citizens. It's failing the planet, and that means it's failing future generations.” But he not only damns the present Trumpian economic approach, but also suggests various more ethical solutions. All the present Democratic candidates need to do the same. They don’t have to answer whether or not they favor capitalism or socialism.