The AHA Will Be Taking Up 2 Resolutions Critical of Israel 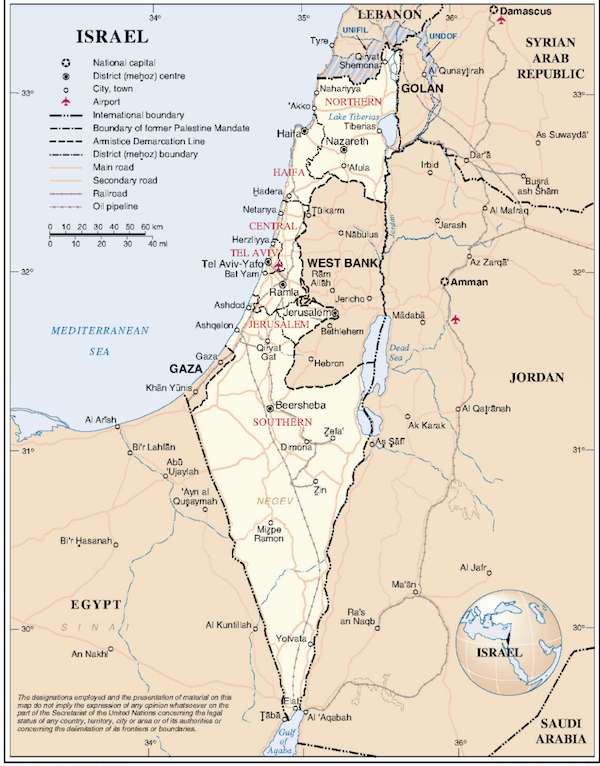 Two petitions critical of Israel have won the backing of more than 50 members of the American Historical Association (AHA) and will be put up for discussion at its annual convention in January in New York City. The petitions will be debated at the Business Meeting on Sunday January 4. [Update 1/4/15:  A vote to allow the resolutions to be debated failed at the Business Meeting.]

Because the petitions, sponsored by Historians Against the War (HAW), missed the filing deadline of November 1, they may not make it onto the official agenda.  But HAW has notified its members that it plans to bring up the resolutions under New Business. The AHA Council will consider at a closed meeting on January 2 whether to put the resolutions on the official agenda.

Both petitions are critical of Israel.  One criticizes Israel for allegedly violating the Universal Declaration of Human Rights "by refusing to allow students from Gaza to travel in order to pursue higher education abroad, and even at West Bank universities."

The other petition claims "Israel arbitrarily limits the entry of foreign nationals who seek to lecture, teach and attend conferences at Palestinian universities."

● demand "that the U.S. Department of State honor the academic freedom of U.S. citizens by contesting Israel’s denials of entry of U.S. academics who have been invited to teach, confer, or do research at Palestinian universities"

How many professors have been affected by Israel's policies is not known.  But the high-profile cases include Noam Chomsky, who in 2010 was "denied entry into Israel and the West Bank."

An Israel-based nonprofit, GISHA, tracks limits Israel places on Palestinians' access to education. In 2010 the Canadian Association of University Teachers issued a report which found that "the situation facing higher education teaching personnel in the West Bank and Gaza ... is particularly dire." A report by Right to Enter, a Palestinian-backed grassroots organization, charged in 2013 that "Students, staff and faculty have had restricted access to schools and institutions of higher education due to the pervasive and arbitrary Israeli regime of internal movement restrictions."

Neither HAW petition calls for a boycott of Israel, though HAW says this has been rumored:  "[I]t has come to our attention that some historians believe that one of our two resolutions calls for an academic boycott of Israel, and on that basis are calling on colleagues to attend the Business Meeting to oppose our resolutions, or a suspension of the rules to allow them to be considered.  That is certainly their right, and we welcome an open debate, but it would facilitate such a conversation if the substance of our resolutions were addressed, rather than inaccurate reports." In December Imad al-Barghouthi, an astrophysicist at Quds University, was stopped from attending a scholarly meeting in the United Arab Emirates.

In the past the AHA Council has deliberately avoided embroiling the organization in overtly political issues.  But President Jan Goldstein declared in a letter posted on the AHA website in December that both petitions meet the substantive criteria specified in the by-laws.  HAW was careful in both petitions to note that the resolutions they propose are important because "members of the historical profession believe [in] the free exchange of ideas."  The by-laws require resolutions debated at the Business Meeting be relevant to the AHA's purpose.

If the resolutions are approved at the Business Meeting HAW expects that they'll be put to a formal vote by the full membership of the AHA.

Last year the American Studies Association approved a resolution calling for a boycott of Israel.  It met with instant criticism and plunged the organization into controversy.  Critics charge the boycott of Israel reflects anti-Semitic prejudice.

Historians have a history of activism.  In 2004 HAW persuaded the executive board of the Organization of American Historians (OAH) to investigate reports of alleged repression of historians. In 2007 HAW won the AHA's approval of an anti-war resolution.

The Business Meeting will be held Sunday January 4 at the Hilton Hotel at 1335 Avenue of the Americas starting at 4:45 pm.