Cary Nelson is Jubilee Professor of Liberal Arts and Sciences at the University of Illinois at Urbana-Champaign, immediate past president of the American Association of University Professors, and co-chair of the Academic Advisory Council of the Third Narrative. 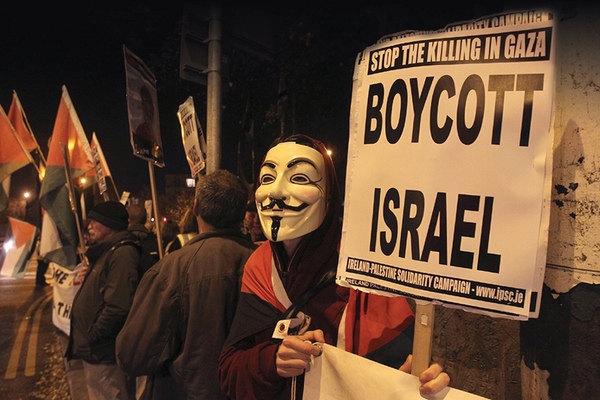 Early this year my colleague Gabriel Brahm and I approached a series of academics with an unusual request. Higher education was facing an increasing number of struggles over the pressure to boycott Israeli universities. Academic freedom had long supported the notion that dialogue with our peers throughout the world was a fundamental value to be promoted no matter what policies their governments adopted. Indeed faculty members have traditionally seen that as one of higher education’s founding principles. But this core belief was in the process of being eroded. The movement to Boycott, Sanction, and Divest from Israel (BDS) was waging campaigns on campuses and in professional associations to make Israeli faculty, students, and their universities the one exception to a principle that had been universally honored. 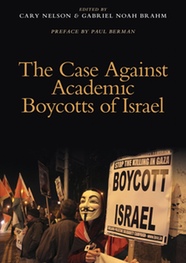 Meanwhile, the leaders of the BDS movement—from Omar Barghouti to Judith Butler—were issuing a number of books in support of their cause. Yet there was not a single book supporters of universal academic freedom could turn to for help in analyzing the boycott issue and defending their beliefs. There was no lack of resources online reflecting both sides of the debate, but there was no one convenient comprehensive package for boycott opponents to use and recommend.

So we decided on something like a Hail Mary anti-boycott pass into the academic freedom zone. We also knew time was short. It was even shorter than we realized, since July events in Gaza were not yet on anyone’s horizon. But we expected a new round of aggressive boycott promotions in the 2014-2015 academic year in any case. Rumors were already afoot about new boycott drives in faculty associations, and campus BDS provocations gave no sign of letting up. We put together a potential list of contributors to a new book, The Case Against Academic Boycotts of Israel, and sent each a somewhat outrageous request. If you agree that this issue is important, we wrote, are you willing to drop whatever you are doing and write us a new essay over the next few months? We also had a few pieces we wanted to reprint, including now classic essays by Martha Nussbaum and Mitchell Cohen, but mostly we wanted essays addressing the current state of conflict. Several people of course wished us luck, but said they were completely committed to other projects. But a surprising number of people shared our sense of urgency and agreed. Some predictably promised to do their best but warned the 3-month time frame might well prove impossible. As it turned out, everyone came through in time for fall 2014 book distribution by Wayne State University Press.

I suspect many colleagues assume a paragraph for or against academic boycotts would suffice. Who needs a whole book, let alone one 552 pages in length? I’m sure it would be by no means clear to most potential readers what would go in such a book. Should it be staged as a pro and con debate? With several books in print devoted exclusively to boycott advocacy we felt the other side deserved a substantial forum. Adding just a few pro-boycott essays, furthermore, would have seemed like stacking the deck. And it took a substantial volume to do a good job with the anti-boycott position. But we also do not believe the arguments in favor of academic boycotts have merit. Comprehensive economic boycotts can be effective. Singling out universities serves no productive purpose and compromises academic freedom.

In thinking through the project, we decided reflections on the principles at stake in evaluating academic boycotts should play a major role in the opening section. So we opened with the AAUP statement against academic boycotts and with essays by Nussbaum and Russell A. Berman. A central feature of the opening section of the book had to be what is perhaps the single most deceptive and disturbing feature of most academic boycott resolutions—the claim that they impact institutions, not individuals. Evidence to the contrary would then be added in a number of the essays in subsequent sections, such as David Hirsh’s piece on the ASA boycott resolution and my piece on Judith Butler’s work. The assertion that individuals will not be harmed continues to reassure those considering supporting boycott resolutions. Yet a demand to close down a joint American/Israeli research institute obviously impacts those working in the project. A demand to eliminate joint degree programs or study abroad in Israel programs certainly limits student choices and academic freedom. A demand to boycott Israeli journals and bar reprinting essays first published in them clear impacts academic authors. We cite many other examples in an effort to encourage more honest and historically informed discussion of this critical issue.

Then for the second section of the book we wanted an in depth treatment of the single most widely publicized and debated successful boycott resolution—the 2013 boycott resolution passed by the American Studies Association. Sharon Ann Musher’s new essay for the first time reveals the less than admirable political process that made that resolution possible.

Of course only one country’s universities are facing an organized boycott movement: Israel. You don’t get too far in discussing academic boycotts in the abstract before you confront the only boycott target in town. So references to Israel recur throughout, though several contributors begin with general principles before proceeding to the key example.

Using the case of Israel, we wanted to ask and answer a series of questions that should arise when any specific boycott proposal is under consideration: What should you know about education in that country today? What bearing does the history of the country have on a boycott proposal? How will various key groups of people be affected if an academic boycott is actually put in place? What possible benefits will an academic boycott produce in light of the specific political and cultural realities it will confront? Precisely what damage might an academic boycott do? What are the motives behind an effort to isolate one country for this kind of critical attention when no other country is judged by the same standards?

Rachel Fish examines the history of efforts to advocate a bi-national solution to the Arab/Israeli conflict. We have two essays by Israeli faculty members, Emily Budick and Shira Wolosky, both currently teaching in Israel, and we have a third by long-time Israeli Ilan Troen describing research collaborations between Palestinians and Israelis. We also include a 50-page capsule history of Israel—coauthored by Rachel S. Harris, Kenneth W. Stein, and myself—to put the essays about today’s Israel in context. While it is perfectly reasonable to oppose academic boycotts on principle alone, it is morally corrupt to advocate boycotting a particular country’s institutions without understanding what effect it will have on the people concerned. These essays make it clear that Israeli Arabs will inevitably be major targets of any boycott. They study, work, and teach at Israeli universities.

We also undertake a major review of the political culture here and abroad that has made academic boycotts appealing to a significant fraction of the left. This involves some reflection on intellectual history that leads our contributors to severe judgments about the prevalence of little examined and notably conformist assumptions widespread among the academic left. The essays by Donna Robinson Divine, Nancy Koppelman, Alan Johnson, Richard Landes, and Sabah A. Salih highlight that part of the project. I was uncertain, however, whether those complicit readers would be willing to examine a common left reluctance to evaluate radical Islam as aggressively as we believe they should. But political events can prepare an audience to entertain an argument. That may have happened with the rise of ISIS, the Islamic State. We shall see whether some readers attack our critique of radical Islam as yet another deplorable instance of Orientalism.

There is no doubt, however, what will prove the most controversial topic we address—anti-Semitism. We believe that the BDS effort is not only to delegitimate the Israeli state but actually to eliminate it and that this is a fundamentally anti-Semitic project. It doesn’t matter whether the average student BDS foot soldier understands that; the analysis still holds. We do not assume that those advocating an end to the Jewish homeland are personally anti-Semitic. We have no DNA test to find out. What matters is that the consequences of this agenda being carried out would be devastating for Israelis and for many Jews worldwide. Kenneth Marcus addresses the practical and definitional issues at stake in addressing the anti-Semitic components of the BDS agenda, and several other contributors, including Gabriel Brahm and Asaf Romirowsky, discuss the topic as well.

We also make it very clear that it is not anti-Semitic to criticize Israeli government policy. Indeed Israelis themselves do that relentlessly. As a movement, however, BDS often recycles traditional anti-Semitic tropes. Once again, its many naïve acolytes do not know enough about history to be aware what they are doing, but their worldwide audiences often do.

I encounter many otherwise sophisticated faculty members who have no idea that the study and analysis of anti-Semitism is a recognized academic specialization. So they panic when they learn the book investigates the issue, assuming all it could mean is that we are accusing people of being anti-Semites. Whether such people can reexamine their assumptions remains to be seen. But it is a major aim of The Case Against Academic Boycotts of Israel to encourage them to try.