Why Conservatives Are Right to Stress Moral Education

Walter G. Moss is a professor emeritus of history at Eastern Michigan University and Contributing Editor of HNN. Among his publications are An Age of Progress?Clashing Twentieth-Century Global Forces, various volumes on Russian history, and over 200 essays. 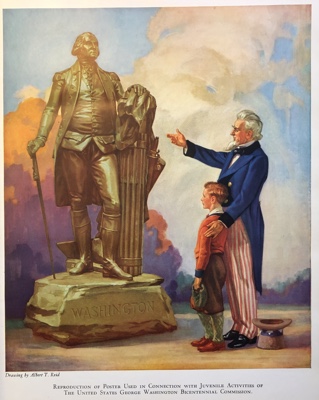 In 1993 conservative William Bennett, former secretary of education under Ronald Reagan, wrote The Book of Virtues “to aid in the time-honored task of the moral education of the young,” which meant training their hearts and minds “toward the good.” Such a task was also important to Founding Fathers such as Washington, Adams, Jefferson, and Franklin.

But “wait a minute,” progressives might object. “What kind of ‘moral education’ are we talking about?” Good question. They are right to raise it, but wrong if they ignore the importance of such education.

Similarly, Barack Obama, before he became president, wrote: “I think Democrats are wrong to run away from a debate about values.” But progressives tend to be suspicious of any talk about values or “moral education.” They identify such emphases with conservative causes such as favoring religious and charter schools.

Take for example, the National Heritage Academies (NHA), founded in 1995 by Christian businessman J.C. Huizenga and later supported by Trump’s secretary of education, Betsy DeVos. According to the NHA website, it is today “a network of 87 public charter schools serving more than 59,000 [K-8] students in 9 states,” mostly in Michigan. In a 2003 essay favorable to NHA, conservative advocate Robert Holland states that it is “among those charter-school companies that consider moral education to be central to the classroom experience.”

Such an emphasis on moral education, if the right type of morality is taught, is not far from the wishes of the Founding Fathers. These early Americans grew up in a world in which moral education was stressed. As Daniel Boorstin in his discussion of higher education pointed out, “By the time of the Revolution nearly every major Christian sect had a degree-granting institution of its own.” Protestants of various denominations had established the most prominent of them, including most of the Ivy League colleges and universities and William and Mary. In 1792, classes began at the first Catholic institution of higher learning, Georgetown.

Even though in 1749 Benjamin Franklin proposed for Pennsylvania an institution that would not be religiously affiliated, he still emphasized the importance of moral education. Although proposing a diverse curriculum, he quoted favorably English philosopher John Locke: “Tis VIRTUE, then, direct VIRTUE, which is to be aim'd at in Education. All other Considerations and Accomplishments are nothing in Comparison to this.”

For Franklin such an emphasis on virtue was not new. More than a decade earlier, in the words of historian Edmund Morgan, “he formulated his most lasting definition of the virtues he sought to attain in his own life, without the aid of any church or minister.” And Morgan adds that one virtue he left off his list of 13, charity, “was actually the guiding principal of Franklin’s life.”

In 1778, John Adams, drafted the Constitution of the Commonwealth of Massachusetts. It stated that “Wisdom and knowledge, as well as virtue,” were “necessary for the preservation of their [people’s] rights and liberties,” which in turn depended “on spreading the opportunities and advantages of education.” Therefore, appropriate state officials were “to countenance and inculcate” various moral principles “among the people.” Several years later, when his son and future president, John Quincy Adams, was a student at Leiden University (in the Netherlands), he wrote to him, “You will ever remember that all the end of study is to make you a good man and a useful citizen.”

As a recent HNN op-ed stated that Thomas Jefferson consistently championed “moral instruction in formal education” and thought such “instruction of some sort was necessary throughout one’s life.” In his Notes on the State of Virginia (1787), he wrote that “the first elements of morality” can be instilled in elementary education. And more than three decades later, in his post-presidential years, he still believed so and that higher education could “cultivate their [students’] morals, and instill into them the precepts of virtue and order.”

Although George Washington had less to say about education than Franklin, Adams, and Jefferson, he was also a believer in moral education. In his Farewell Address (1796), with his second presidential term nearing its end, he advised the nation that “virtue or morality is a necessary spring of popular government” and that promoting “Institutions for the general diffusion of knowledge” was of “primary importance.”

Eight years earlier, In 1788, Noah Webster typified the educational thinking of many educated citizens of the time when he wrote in his long essay on “The Education of Youth in America”: “It is an object of vast magnitude that systems of Education should be adopted and pursued, which may not only diffuse a knowledge of the sciences, but may implant, in the minds of the American youth, the principles of virtue and of liberty.”

A year earlier the Northwest Ordinance, which provided guidance for U.S. expansion, stated that “religion, morality, and knowledge, being necessary to good government and the happiness of mankind, schools and the means of education shall forever be encouraged.”

Although much changed in the half-century following these words, a young Abraham Lincoln--like Franklin, primarily self-educated—conveyed similar views on education. When running for the Illinois General Assembly, he expressed his “desire to see the time when education, and by its means, morality, sobriety, enterprise and industry, shall become much more general than at present.” In his mature years, as Fred Kaplan has indicated, Lincoln’s most valued reading and sources of inspiration were books that imparted important moral lessons such as the Bible, the plays of Shakespeare, Aesop’s Fables, and the poetry of Robert Burns.

From the early nineteenth century until today, great changes have taken place in U. S education. In his Anti-Intellectualism in American Life, Richard Hofstadter indicates some of them. For example, regarding the late nineteenth and first six decades of the twentieth centuries,“ he writes: “On two matters there was almost no disagreement: education should be more ‘practical’; and higher education, as least as it was conceived in the old-time American classical college, was useless as a background for business. Business waged a long, and on the whole successful, campaign for vocational and trade education at the high-school level and did much to undermine the high school as a center of liberal education.”

In the 1970s, the English economist and environmentalist E. F. Schumacher complained that the main purpose of education had become career preparation for work in our modern industrial societies. It did not help students to answer questions like “What is our purpose in life?” and “What are our ethical obligations?” “Education can help us,” he wrote, “only if it produces more wisdom.”

Today, in an attempt to attract students, many colleges and universities advertise that their various offerings will best prepare students for good [i.e., well-paying] jobs for the future. Most public education, including public universities, are more committed to preparing students to fit in to U. S. society than to be truth-seekers who ask themselves the most profound questions about their own values and those of their society.

Many private schools at all levels claim that they do a better job of teaching values. Conservatives often believe that too many public schools and higher educational institutions—in their view, too dominated by liberal professors—fail to inculcate proper values and often lead students astray. But what values are conservatives advocating?

In his The Book of Virtues, Bennet stresses self-discipline, compassion, responsibility, friendship, work, courage, perseverance, honesty, loyalty, and faith. Conservatives also like to talk about “family values,” patriotism, and respect for authority. In general, conservatives favor values that they believe are in keeping and supportive of our free-market capitalism. But they often ignore the importance of truth-seeking, open-mindedness, and tolerance. During the last century, from the Scopes Trial of 1925 up to the more than 80-percent support of white evangelical voters for Donald Trump in 2016, we often sense little respect for the scientific evidence of evolution and human-caused global warming.

We often see in such Christians the flaw that Pope Francis spoke of in a 2013 sermon—ideological rigidity. He warned against letting faith pass “through a distiller” and become an ideology. . . . Ideologies are rigid, always. . . without kindness.”

Most of our Founding Fathers were not ideologues. They tended to take a pragmatic approach to achieving the common good (at least of whites—attitudes and actions toward Afro and Native Americans are a whole other subject). In his biography of Franklin, Walter Isaacson highlights Franklin’s “pragmatic humanism,” which included charity, an “emphasis on reason and observable experience, mistrust of religious orthodoxy and traditional authority,” and a willingness to compromise. Isaacson further notes, “Few people have ever worked as hard, or done as much, to inculcate virtue in themselves and their communities,” and Franklin’s “religious outlook [was] based on humility and openness.”

Washington, Jefferson, and Adams also shared a tolerant religious outlook. Chernow cites Washington’s letter to a Hebrew Congregation as evidence of his “religious toleration, showing that he had no notion of foisting a Christian state on the nation.” Jefferson, in his Notes on the State of Virginia (1787) praised “unbounded” religious tolerance.

If we agree with the Founding Fathers that “moral education” is important, that education should not be seen as exclusively, or even primarily, career preparation, then what values should we teach and how should we teach them?

The best answer I have come across is in a 2002 article by psychologist Robert Sternberg, “It's Not What You Know, but How You Use It: Teaching for Wisdom.” It reinforces many of the sentiments of the Founding Fathers and the point Schumacher made in the 1970s—we should help students become wiser people. Wisdom has various values associated with it that are almost universally recognized as good, such as love, empathy, humility, respect for truth, honesty, justice, and toleration.

Sternberg believes that “people are wise to the extent that they use their intelligence to seek a common good. They do so by balancing, in their courses of action, their own interests with those of others and those of larger entities, like their school, their community, their country, even God.” Another important goal is to teach students to see “things from others' perspectives as well as one's own,” to tolerate “other people's points of view, whether or not one agrees with such views.” Unlike many educational programs, this one stresses not so much “the acquisition of knowledge but . . . how such knowledge will be used.”

Even though this program was developed at Yale for pre-college students in U. S. history, Sternberg maintains that “teaching for wisdom can be made part of any subject matter, because wisdom is a way of looking at the world.”

Because of three years teaching at Wheeling Jesuit University and then four decades at Eastern Michigan University, I also know that it’s possible to teach at least some wisdom in both private and public universities. At Wheeling in the late 1960s, we demonstrated tolerance by inviting a rabbi to teach a course on Judaism. At Eastern for several years, I taught a Comparative Religions course in which I included a segment on atheistic humanism. My approach was not to discuss which religion was best, but to emphasize that we owed respect and empathy for all beliefs, even atheist humanistic ones. In history courses dealing with Russia or other parts of the world, I stressed the importance of truth-seeking and empathy, a quality historians should possess. In a 2010 essay, I indicated other ways that the humanities can teach us important values and make us wiser.

Practical realities including financial ones, student choices, differing value systems, and many more complicate teaching wisdom and its associated values. And I do not underestimate them. But my heart is with the words of the Founding Fathers. If the Trump presidency teaches us nothing else, it should teach us that in both our private and public activities morality (or the lack thereof) matters.