Historians Need to Write and Teach with Empathy 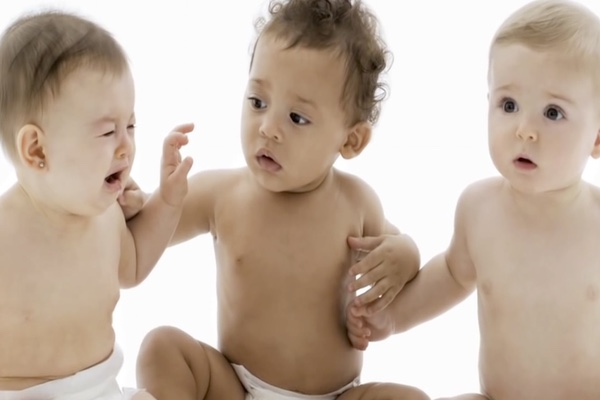 In my Russia in the Age of Alexander II, Tolstoy and Dostoyevsky (2002), I attempted to empathize with a wide variety of characters, from Tsar Alexander II to one of his assassins, Sophia Perovskaya, as well as with writers and thinkers like Tolstoy and Dostoevsky. This did not mean that I agreed with any of the oppressive policies of Alexander or with Perovskaya’s action in plotting the tsar’s death, but only by trying to see conditions as they saw them, “to stand in their shoes,” could I hope to understand why they took the actions they did.

Since empathy has many definitions, we first need to clarify its usage here. The following description is most apt: “[It] is a tool for understanding the way another person thinks, feels or perceives. It enables us to comprehend another’s mindset, driving emotions or outlook, without requiring us to share the other’s thoughts, feelings and perceptions, or, indeed, approve of them. An empathic approach involves the assimilation of diverse information, including social, historical and psychological details, and a conscious effort to see the world through that person’s eyes.”

Note, what we are talking about here is not just attempting to feel as others do, but also to experience how they think. Empathy is a holistic concept encompassing not just the affective region but also the cognitive one.

Thus, such empathy does not becloud understanding, it aids it. This is contrary to the way historian Jeffrey Herf explains it in a recent essay: “There is a difference between empathy and understanding. To empathize is not only to understand another's situations, feelings and motives. . . . It also entails projecting one's own feelings onto others. . . . Doing that is problematic when dealing with the foreignness of foreign affairs and the otherness of other countries because foreigners and others often think about the world very differently than we do.”

Rather than “projecting one's own feelings onto others” as Herf indicates but which historian Zachary Shore calls “the worst approach to empathy,” good empathizers attempt to do almost the reverse—experience the other’s feelings and thought process. In their approach to history, whether in research, writing, or in the classroom, historians need to empathize.

As Sam Wineburg's Historical Thinking and Other Unnatural Acts points out, “This is no easy task.” It means trying temporarily to rid our minds of assumptions our culture and our own thinking process have made seem natural to us. In Russia in the Age of Alexander II, Tolstoy and Dostoyevsky I mention that on two different occasions Tolstoy and then later writer Ivan Turgenev had witnessed in Paris the guillotine execution of a man. When we read of the tens of thousands of Parisians—men, women, and children—who witnessed the executions, of the booming business the local taverns had done preceding the spectacles, of the roars of the crowds, we ask ourselves, “How could so many people at each execution be so callous to the suffering of a fellow human being?” But to understand that mentality we need to realize, as Steven Pinker has emphasized in The Better Angels of Our Nature: Why Violence Has Declined, that more people in previous eras were more accepting of such brutality. And before we rush to judgment about the character of people of earlier times, we must ask ourselves how different we would be, to what extent we would stand apart from the cultural norms that influenced most of our contemporaries?

Linked to empathy is what British historian R. G. Collingwood has called “historical imagination.” In an essay on such imagination, historian Craig Wollner writes that another historian, the German Leopold von Ranke, “asserted that a key attribute of the historical imagination is empathy, the ability to project oneself into the time and place of the actors under study, to see their world through their eyes. This does not mean sympathizing or siding with those whose actions we would ordinarily condemn, but understanding why they believed and behaved as they did. This is perhaps the most difficult and, at the same time, most important of the attributes those who deal with the historical record must develop.”

A more modern historian than Ranke, John Lewis Gaddis in his The Landscape of History (2002), quotes Collingwood’s line that “history cannot be scientifically written unless the historian can re-enact in his own mind the experience of the people whose actions he is narrating.” Gaddis also writes of biography and history:

Your subject’s mind—the one you’ve got to get into—is a reality you can’t change. . . . There’s no arguing with this reality: you’ve got to accept, as a biographer, who your subject was, for better or for worse. No sweeping of dirt under the rug; but no halos either.

You can’t accomplish this without empathy, which is not the same thing as sympathy. Getting inside other people’s minds requires that your own mind be open to their impressions—their hopes and fears, their beliefs and dreams, their sense of right and wrong, their perception of the world and where they fit within it. “History cannot be scientifically written,” R. G. Collingwood insisted, “unless the historian can re-enact in his own mind the experience of the people whose actions he is narrating.” The resulting impressions will never be the same as your own. Some of them may enchant you; others may horrify you. Still, you’ve got to reconstruct them, for that’s the only way you can understand the reasons your subject had for behaving as he or she did. And surely even in a biography of Caligula you’d want to allow that much autonomy.

But then you bail out.

What Gaddis means by “bail out” is that the biographer or historian comes to a point where he/she switches from empathizing in order now to depict the reality of his subject. “But what’s important is that you make these representations only after having acquainted yourself—by means of empathy—with the reality they characterize.”

Still another historian, Samuel Moyn, wrote an essay almost a decade ago which reviewed the thinking of two other historians, Carolyn Dean and Dominick LaCapra, who “made the term and concept of ‘empathy’ central, indeed fundamental, to their thinking.” In Moyn’s critical essay, he discussed the background of the concept and many of the difficulties historians faced in attempting to write history empathetically. Among other points he acknowledges that “empathy, on LaCapra's terms, is a form of affective investment that allows both for the recognition of the other's point of view and preserves a space for criticizing that point of view.”

As Moyn suggests, exactly how historians deal with empathy is a central problem. In An Age of Progress? Clashing Twentieth-Century Global Forces (AoP, 2008) I was faced with the task of awakening readers’ minds and hearts to the innumerable tragedies suffered by all the victims of twentieth-century violence. Among the first of these victims were Filipino guerrilla forces and civilians who resisted the U. S. takeover of the Philippines following the Spanish-American War of 1898—the number of Filipino combatant and non-combatant deaths is usually estimated at over 200,000. To help awaken empathy for all the suffering of the Filipinos I quoted several first-hands accounts of the conflict. Regarding World War II, I quoted Ian McEwan’s novel Black Dogs, where he wrote of “all those unique and solitary deaths, all that consequent sorrow, unique and solitary too, which had no place in conferences, headlines, history, and which had quietly retired to houses, kitchens, unshared beds, and anguished memories.”

In the classroom to heighten students’ empathy, I often used novels such as the German Erich Maria Remarque’s All Quiet on the Western Front (1928), the Russian Boris Pasternak’s Doctor Zhivago (1958), and the Nigerian Chinua Achebe’s Things Fall Apart (1959). The first helped students to experience what it might have been like to be a German soldier in the trenches of World War I (WWI); the second, a Russian doctor living through the tumultuous years of WWI, revolution, and civil war in Russia; and the third what African victims of Western imperialism around 1900 might have experienced. Imperialism, war, and revolution were three major forces of the twentieth century. To comprehend them more fully—to write, teach, or learn about them best—we need to take a holistic, empathetic approach.

Empathy is necessary not just for the suffering and oppressed of history, but also for the villains and oppressors. But only empathy as described above. To understand a Hitler, Stalin, or Saddam Hussein you have to exercise it, to see the world as one of them might, but then as Gaddis indicated, you “bail out,” and feel free to describe all the evil any one of them perpetrated.

See HNN Editor's Rick Shenkman's piece on Ted Cruz in this edition of the website to understand the science behind empathy.