Who and What to Believe about Ukraine? 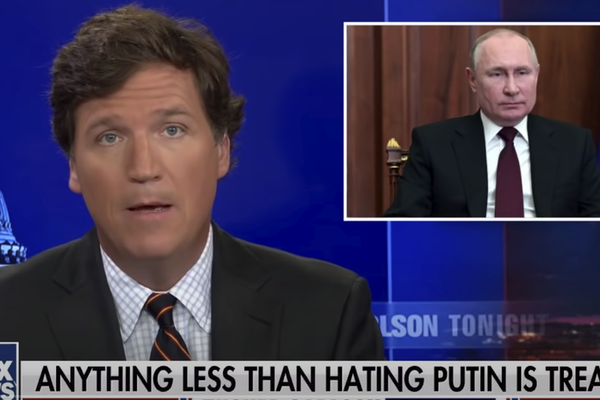 Who and what to believe about…. You furnish the ending. The question could be asked of almost any topic. The January 6 storming of the capitol building. The FBI seizure of boxes of documents from Trump’s Mar-a-Lago mansion. Global warming. The Inflation Reduction Act. As historians, one of our main tasks is to give students and other pursuers of history some guidance in terms of using various historical sources. How do we know which sources are more reliable than others? In our terribly polarized political world, it is terribly important to know which sources, and not just historical ones, are trustworthy. You don’t trust Fox News? Why not? What criteria are you using to make your judgment?

I have been led to these ruminations by reading about the ongoing Ukrainian war, mainly (but not exclusively) on Johnson’s Russia List (JRL), which daily contains the most diverse articles on that war (and can be emailed to you). The suffering caused by that conflict is immense. First, there are the Ukrainians, who are victimized by deaths, the destruction of all sorts of buildings including hospitals and schools, and displacements (often making them refugees). Then there are the world’s hungry, who cannot get sufficient food because of the disruption of exports of Ukrainian grain and other agricultural products. Western countries are expending large sums of money to help the Ukrainians, and their citizens will pay for this at the same time as they are hurting because of a reduction of Russian oil and gas exports and inflation, at least partly heightened by the war. Nor should Russian citizens be forgotten, and not only soldiers who are dying in Ukraine. Because of Western sanctions, a reduction of Western goods and services, and a strengthening of Putin’s powers (at least for now), the everyday life of some Russians has grown worse, but not nearly so bad as to threaten Putin’s regime.

But primarily whose fault is all this? Articles appearing daily on JRL (usually 20-25) and elsewhere offer differing opinions, including those blaming mainly Putin or Ukraine and/or NATO countries. In today’s Internet world--and that’s how I access JRL--too often people read and agree whatever material confirms their biases.

The first place to start then is to look inward and realize that we all have our biases. We may not think of them as such, but that may depend on how we define “bias.” In this essay, I’ll adhere closely to the viewpoint of the website AllSides, which suggests that it is a “particular tendency, trend, inclination, feeling, or opinion” that affects our judgment. Further, the site adds, “Some sort of standpoint or bias is an inherent and innate feature of the human mind—something that literally cannot be ‘escaped’ or ‘shelved.’ Preferences, inclinations, and partialities help us to filter information, order our psyches and navigate the world.”

That may be true, but rather than just read or hear material that confirms our biases, we should prioritize truth-seeking. This is especially true for historians. As I wrote previously on this site, “‘Tell the truth’ should be as central to our mission, as ‘First, do no harm’ is to doctors and nurses.”

Okay then, but how can we counter our biases and move closer to truth? Primarily, we should try to balance them off by looking at contrary views. If we are inclined to a liberal viewpoint consider a conservative one. If we tend to be anti-Russian, then look at some pro-Russian sources. And, of course, vice versa. In one of President Obama’s best, and still very relevant, speeches, he told University of Michigan graduates in 2010, “If you’re somebody who only reads the editorial page of The New York Times, try glancing at the page of The Wall Street Journal once in a while…. It may make your blood boil; your mind may not be changed. But the practice of listening to opposing views is essential for effective citizenship.”

Looking at opposing views and trying to really understand them is also necessary for “strategic empathy," which is “the skill of stepping out of our own heads and into the minds of others. It is what allows us to pinpoint what truly drives and constrains the other side.” Achieving such empathy is important for historians, but also extremely helpful in attempting to transition from war to peace.

Although the above may be good general advice, the question still remains: how do we specifically apply it to the present war in Ukraine? To answer that let’s start with examining the JRL contents (roughly some 250 selections) from mid-August (10th-20th).

The diversity is indeed impressive. Articles from major Western media sources like The New York Times and The Washington Post, which are generally critical of “Putin’s war,” oppose the viewpoint of JRL’s repostings from Russian government-controlled sources such as TASS and RT. There are also many other repostings of Western and Russian views that vary widely. Although not just parroting Putin’s justification for the invasion, almost all of the opinions coming from Russian groups or individuals--like Russia in Global Affairs, the Valdai Discussion Club, and The Russian International Affairs Council--are more critical of Ukrainian/Western policies than of those of Russia. Western sources tend to be more varied. While some generally favor Ukrainian/Western responses to the Russian invasion, others are more varied, with some being quite critical.

Western sources include some U.S. media from both the left and right, as well as many British papers and magazines (e.g., The Economist, Guardian, Financial Times, The Spectator), plus media organizations like Reuters News Agency and the BBC. Occasionally, an article from other NATO countries, such as from Germany’s Der Spiegel or Latvia’s Meduza (a Russian- and English-language independent Russian news website), will also appear on JRL.

Less frequently materials come from neither Russia nor the West. There are some, but not many, from Ukraine itself, for example the Kyiv Post, and a few from India and the Middle Eastern site Al Jazeera.

Still other selections come from websites that are more difficult to classify. For example, there is that of Moon of Alabama, which once declared, “The New York Times continues its shameless pro-Ukrainian propaganda campaign that is deceiving its readers.” Then there is that of Awful Avalanche, a blog by a self-proclaimed Russian Marxist. Occasionally, even one of my own pieces on Russia or Ukraine, first posted on HNN or the LA Progressive, will also be reposted on JRL.

In addition to the various sources that Johnson reposts, we are daily bombarded by other media news and opinions regarding Ukraine. Earlier I mentioned the Website AllSides. It provides bias evaluations on over 14,000 sources. Media Bias / Fact Check also evaluates media sites, as does Biasly. Thus, readers can gain some insight into many, but not all, of the biases of the media sources they access.

AllSides also features a section entitled “How to Spot 16 Types of Media Bias,” along with examples of them. Some of the biases are also ones that historians and readers of history must guard against.

In addition to knowing the general biases of most sources and how to spot such slants, there are several specific approaches we can take to news regarding the Russian-Ukrainian war. First, be wary of any source that presents an overly simplistic view of the conflict. In previous HNN essays (see, e.g., here and here) I have written of “Putin’s fear and distrust of NATO expansion in eastern Europe” and mentioned the opinion of some experts that “talk of bringing Ukraine into NATO has been . . . irresponsible.” But, more recently, I have also indicated that “none of that justifies the Russian invasion of Ukraine and the innumerable tragedies that it has caused.” Thus, no justification, but the West have given Putin reason to be suspicious regarding NATO expansion.

Second, ask yourself how any proposed policies or actions are going to help end the invasion of Ukrainian territory. About two months ago Gerard Toal wrote an article entitled “The West must help Ukraine to end this terrible war.” Five years ago, I reviewed his Near Abroad: Putin, the West, and the Contest over Ukraine and the Caucasus. I considered it an excellent introduction to its subject. In his more recent article, he pleads for Western supporters of Ukraine to take a realistic view of the conflict:

Not wanting to hear unwelcome realities is also an affliction of some international supporters of Ukraine. Everyone wants Ukraine to win. Few specify in detail what that really means, and how many Ukrainians they are willing to sacrifice for their idea of victory. Casting the Ukrainian struggle in heroic terms, they have favoured what is desirable over what is probable, what is ideal over what is realistic. With so many losing their lives, that is reprehensible.

Third, be especially realistic about what actions Putin is likely to take. Angela Stent, author of Putin's World: Russia Against the West and with the Rest (2019), has stated that “he is not going to give up on his goal of subordinating Ukraine…. This is something that's driven him for years, something he's obsessed with.” On the other hand, another expert on Putin, Fiona Hill, pointed out several months ago that “we don’t know how much longer this is going to go on, but we should . . . get this resolved as soon as possible,” both through diplomatic and military means. Regarding the latter, she adds that “the more that the Russian military action can be blunted,” the greater likelihood that Putin might be willing to accept some sort of diplomatic solution. A previous book on Putin, which she co-authored, stated that “Putin is a pragmatist, not an ideologue.” And despite his possessing strong and sometimes skewed views on Ukraine and the West, that still seems to be true.

We may not be able to predict exactly what Putin will do in various possible future scenarios, but considering any likely responses from him can also not be ignored.