The Surprising Consensus on What Experts Say about Putin 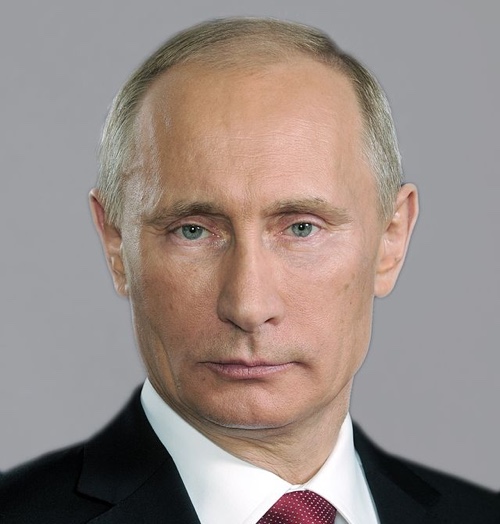 Putinology, or the pundits' practice of trying to figure out what drives Putin, is an ongoing exercise. The latest example: What's he up to with his recently launched Syrian bombing? Surprisingly, a survey of a few dozen “Putinologists” reveals that despite many differences among them, including how to react to his policies, there is substantial consensus (note: not unanimity) about him and his main motives.

The chief Putin pundits vary widely, both in terms of background and in their approach to Russia and international relations generally. Seven of them have written books on Putin, which are linked to their names as follows: Fiona Hill and Clifford Gaddy, Masha Gessen, Walter Laqueur, Steven Lee Myers, Angus Roxburgh, and Richard Sakwa. Others, like Angela Stent, who has written on U.S.-Russian relations in the twenty-first century, have dealt with Putin less directly or extensively. Many of them have opined on Putin in pieces from various times and sources but then reposted on Johnson’s Russia List (JRL), which remains the best single source for daily coverage of Russia and Putin.

Two examples are recent repostings from Politico Magazine, both appearing in the 7 October JRL issue.The first had previously appeared on JRL on 14 March 2014. It consisted of brief opinions regarding Putin by 22 of “America's leading Putinologists.” Among them, are a few of the seven mentioned above, plus the following who will be quoted below: Andrew S. Weiss, David Remnick, Strobe Talbott, Dimitri Simes, Dmitri Trenin, Thomas de Waal, Leon Aron, Andrew Kuchins, Eugene Rumer, and Matthew Rojansky. The second JRL reposting of a Politico piece was “What Is Putin Really Up to in Syria?” by “14 top Putinologists,” some of them being the same as on the previous list of 22.

In his original comment on the 22 experts, David Johnson noted that most of them were JRL subscribers, but he lamented that their views reflected too much Putin “Demonology” and that the group did not include Stephen Cohen, whom Johnson believes has been falsely labelled a “Putin apologist.” JRL frequently reprints Cohen’s views, and I have occasionally mentioned them (see, e.g., here), and will do so in the present essay. Also not included among the 22 are several others who are quite knowledgeable about Russia and Putin and will be cited below. They include Gordon Hahn; Nicolai N. Petro; former ambassador to Russia Jack Matlock; and former Secretary of Defense Robert Gates, who received his Ph.D. in Russian and Soviet history from Georgetown University.

Considering all these experts’ opinions, here is their consensus about Putin and what drives him.

He is an intelligent and capable leader, but he trusts very few people. David Remnick states that talk “of ‘crazy Putin’ is absurd. He is, in his context, in his specific mental and political universe, rational.” Dimitri Simes writes that he “is a man of formidable intellect, and after almost 15 years in charge, he is the most experienced leader of a major world power.” For the past decade, Angela Stent has attended annual dinners with Putin and foreign Russia experts. “In these gatherings,” she relates, “he talks for several hours, is in full command of his facts and exudes self-confidence and occasional humor and sarcasm.” Thomas de Waal believes that “Putin's motto is extreme self-reliance—that you can trust no one but yourself and a few people close to you.” One expert, Roxburgh, goes further than others in writing (in March 2014) that “Putin exhibits more and more signs of paranoia.” But that extreme view is not the consensus.

In the words of Hill and Gaddy, “Putin is a pragmatist, not an ideologue. In setting up his system of governance, he did not follow any specific model that can be captured by a description in the abstract. . . . It is not an intentionally designed, well-formulated system. Rather, it is piecemeal and ad hoc. . . . It has evolved to fit the circumstances.” Putin has “not tried to twist some fixed orthodoxy of ideas or ideology to pursue his goals.” Andrew Kuchins, Eugene Rumer, Andrew Weiss, and others state a similar point, but put it more negatively. Kuchins writes that Putin “is a brutally cold, calculating pragmatist in foreign and security policy.” Rumer calls Putin “a ruthless realist,” and Weiss, “an improviser and an opportunist of the highest order.” (See here for more on Putin’s pragmatism/opportunism.)

Despite not being an ideologue, Putin is influenced by certain basic beliefs.Dmitri Trenin, whom Stent refers to as “one of Russia’s most astute foreign policy observers,” agrees that “pragmatism was the hallmark of Putin's first decade in power” and that “he is still pragmatic in many ways, but he has markedly changed. Today, Putin reveals a sense of an historic mission bestowed on him. That mission is to restore Russia to what he sees as its rightful place as one of the world's great powers. This means adopting a set of traditional values rooted in established religions, above all, Orthodox Christianity; reviving Russian patriotism with its emphasis on a strong state; pursuing an active policy of nation-building; integrating eastern Slavs (Russians, Belarusians, Ukrainians) in a “civilizational union” of central Eurasia, in an alliance with Muslim Turkic peoples also living there; and protecting Russia's strategic independence from its geopolitical rivals—above all the United States and the European Union.”

Laqueur emphasizes even more than Trenin the increasing influence of a conservative nationalist viewpoint on Putin, one that mixes patriotism, Russian Orthodoxy, Eurasianism, anti-Westernism, and the search for a unique Russian developmental path. Gessen thinks that “Putin's primary motive is to assert Russia's role as a superpower.”

Putin distrusts democracy and believes that Russia and many other countries require a strong state government. Simes writes that Putin “is a strong Russian patriot who sees the state as a key driver of society. He does not view democracy as an end, but rather as a means of government under appropriate circumstances.” Aron states that “Putin is a man who sees his mission as the Russian state's recovery of political, economic, social, cultural and geostrategic assets that were lost in the Soviet collapse." Roxburgh believes that Putin “appears to be terrified of popular revolutions, knowing that the streets of Moscow could be the next venue.” Myers thinks that “the collapse of the Soviet Union and the chaos that followed darkened Mr. Putin's opinion of freewheeling democracy—and of the character of his own constituents,” and that one of his prime beliefs is “in the primacy of state authority above all else, both at home and abroad.” Hill and Gaddy state that “the first key to Vladimir Putin’s personality is his view of himself as a man of the state, his identity as a statist. . . . The ideas he expresses about the state, as well as the society subordinated to it, belong to a clearly identifiable and long-established body of Russian conservative political thought.” Rojansky claims that since Putin’s return to the presidency in 2012, his “overwhelming concern has been to sustain the primacy of the Russian state, and with it his own personal power and security.”

In the words of Stent, Putin believes that Russia “offers a unique civilizational model that differs from—but is equally valid to—that of the West.” Rojansky thinks that to Putin’s mind Eurasianism offers “an alternative to European and Euro-Atlantic integration and Western liberal democracy.” Myers has quoted Putin’s recent words at the United Nations, where he said: “We are all different, and we should respect that. Nations shouldn’t be forced to all conform to the same development model that somebody has declared the only appropriate one.” Nicolai Petro makes a similar point when he states that although “post-Soviet Russia has no guiding ideology, it does argue that certain values, if adopted as shared principles of behavior, are more congenial to international order than others. Russia hopes that such principles of behavior will be more widely adopted by states. But, cognizant that each nation's cultural development is unique, it opposes efforts to promote any one set of ethical values beyond its borders. Hence, the only time that the international community may legitimately appeal to transnational ethical norms is when these are sanctioned by the United Nations.”

Putin is deeply distrustful of the United States and NATO. A 2015 essay, “The American Education of Vladimir Putin,” by Hill and Gaddy, and comment on that essay by Hahn, provide the best summary of why Putin is so suspicious of U.S. policies. In a previous essay I have detailed the criticism of Cohen, Matlock, Gates, and Stent of U.S. post-Soviet Russian policy for not being more understanding of Putin’s fear and distrust of NATO expansion in eastern Europe. Matlock, for example has stated that he thinks that expansion and talk of bringing Ukraine into NATO has been “Putin’s main concern” and that such talk has been “irresponsible.” Stent thinks that Putin believes that “the West is still trying to weaken it [Russia] and possibly to promote regime change,” i.e., get rid of Putin. And Talbott writes that “when assessing a crisis, his [Putin’s] instinct is to believe and react to the most extreme conspiracy theory that his advisers and intelligence services tell him about the actions and motives of the West.”

Putin’s motives for sending Russian planes in recent weeks to bomb the Islamic State (IS), and other rebel Syrian targets and support the Assad regime follow from the preceding analysis. Myers, for example, writes that “at the heart of the airstrikes is Mr. Putin's defense of the principle that the state is all powerful and should be defended against the hordes, especially those encouraged from abroad.” Hahn’s blog article “Explaining Putin’s Counter-Jihadi Coalition Proposal,” reposted on JRL, provides a good summary of Putin’s probable reasons for Russia’s Syrian intervention:

“In terms of domestic security, it is absolutely incumbent for Putin to combat the growing threat to Russia from the global jihadi revolutionary movement [including IS] spread along a great arc stretching across southern Eurasia just below Russia’s southern borders from Syria in the west to Central and South Asia in the east. The global jihad poses a greater danger to Russia and its sphere of influence and interests in Eurasia than to the U.S. and other regions of the world, with the possible exception of Europe.” IS has “allies or affiliates in Russia’s North Caucasus which threaten to spread to other regions of Russia.” In addition, Assad’s fall “would be another disastrous blow to Russian power and prestige. It would mean the loss of years of investment in the Assad regime and its only, albeit rather small, naval base in the Mediterranean Sea.” But the Russian intervention also “fits into his [Putin’s] larger projects of making Russia central Eurasia’s superpower, a global power to be reckoned with beyond Eurasia, and a bridge between the Western, Eurasian, Confucian, and Islamic civilizations.”

The most sophisticated Putinologists realize that there is much more to Russian foreign policy than just Putin. As I have pointed out in an earlier essay, his policies generally have broad Russian support. Laqueur even writes that “it seems obvious to predict that Putin’s successor will conduct the same or similar policies, domestically and abroad. It is unlikely that he will be more moderate.” Furthermore, understanding Putin’s motives provides no easy path to deciding how to deal with his foreign policies. Nevertheless, it’s an essential beginning.