Must the Capitol Riots be Included in the Legacy of American Dissent?

Ralph Young is Professor of Teaching in the Department of History at Temple University. He is the author of Dissent: The History of an American Idea. 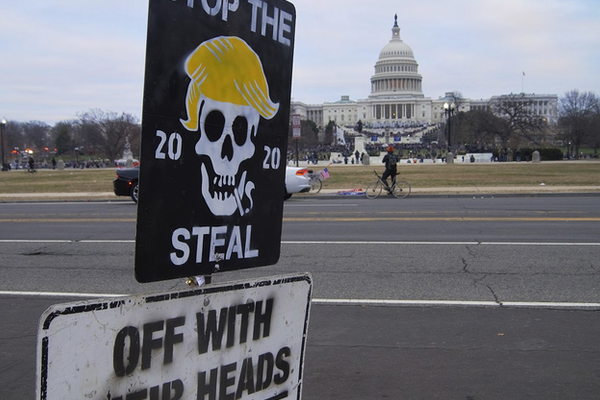 Dissent is central to American democracy. The United States was born out of dissent. It is in our DNA and it has shaped American society. Over the years dissent has proved to be the fuel for the engine of progress. But there are profound differences between dissent and protest, rioting and insurrection, terrorism and revolution. When is dissent a positive influence? When is it a negative force? Where do we draw the lines between legitimate and illegitimate dissent? How should we think about what dissent means?

At the Constitutional Convention the framers were concerned with two tendencies they feared would be unleashed in the new republic: the tyranny of  an autocratic dictator, and the tyranny of the mob—the “mobocracy.” So, they invented the Electoral College and wrote the right to dissent into the First Amendment in hope of insulating the United States from both the rise of a despot and mob rule. If citizens have the right to assemble peacefully to express their grievances, they have an avenue to protest against injustice and for their constitutionally-guaranteed rights. In a way this was a safety valve that would enable Americans to let off steam and refrain from rioting, insurrection, and rebellion. Reform was good. Rebellion was not. (President Theodore Roosevelt once observed that it was necessary for the government to initiate reforms when peoples’ rights were being abused for this was the best way to thwart a violent revolution.)

There have been hundreds of legitimate grievances that Americans have expressed by marching, rallying, petitioning, and committing acts of civil disobedience. Women protesting for the right to vote. World War I veterans marching on the Capitol in 1932 and occupying the grounds demanding the bonus Congress had promised them in 1920. Isolationists protesting against FDR’s policies that they believed would lead the United States into war. African Americans protesting against Jim Crow laws and systemic racism. Gays and lesbians protesting for marriage equality. People from all political persuasions denouncing economic inequality by participating in the Occupy Movement in 2011. And in 2016 millions of Americans dissented against the business-as-usual focus of the two major political parties by abandoning the establishment politicians and embracing Bernie Sanders and Donald Trump.

Dissenters throughout our history, have also engaged in increasingly militant tactics when the government has been indifferent to their demands. Civil disobedience, boycotts, disruption, and marches on Washington have all been ways that people have voiced their dissent. Sometimes, when protestors realize their peaceful tactics are being ignored, frustration rises to the point that they resort to violence and property destruction—as we’ve seen in some of the anti-racism protests in the wake of the George Floyd killing.

There are historical examples of dissent escalating into rebellion. During his first term in office President George Washington was faced with the Whiskey Rebellion. But the rebels in western Pennsylvania who rose up in protest had legitimate grievances: a new excise tax that was a significant financial hardship for them. The dissenters were too passionate; the protests got out of hand, forcing Washington to send in the military. But they had a real cause: the excise tax was affecting the common good and they wanted the government to know about it.

Dissenters have legitimate grievances against the dominant power structure. But what happened on January 6, 2021 was not legitimate at all. The actions of the mob were based on falsehoods. This has nothing to do with dissent. These are ordinary conservative Americans, along with a number of right-wing partisan extremists, who stormed the Capitol because they believed Trump’s relentless lies that the election was stolen. Though many of the people who briefly occupied the Capitol building do have authentic reasons for their anger, they cannot see the root of their discontent. They are pawns of a charismatic firebrand who have been short-circuited by conspiracy theories and misinformation, who have a distorted, mythic view of American history. They are susceptible to Trump’s lies because he reinforces their bigoted insular world view. They are protesting a chimera.

The distorted mythic view that so many Americans have of our history is the foremost challenge for those of us who are educators. It is incumbent on us to teach the accurate unvarnished and, yes, often uncomfortable, truths about the origins and complicated evolution of American democracy so that “we the people” understand that democracy is a fragile aspiration and will always be a work in progress. That is America’s existential challenge in the twenty-first century.