Defending the 1619 Project in the Context of History Education Today

Alan Singer is the director of social studies education at Hofstra University and the author of New York and Slavery: Time to Teach the Truth (SUNY, 2008). Follow him on twitter @AlanJSinger1 . 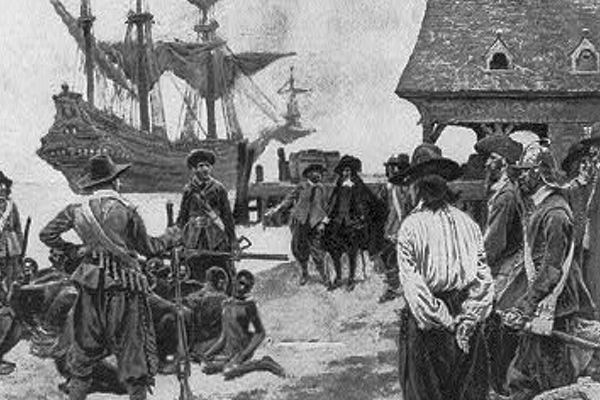 The 1619 Project has been under attack from across the political spectrum since it was released in August 2019. President Trump denounced it as anti-American propaganda in his call for “patriotic history.” Some historians have picked at the details, claiming they “applaud all efforts to address the foundational centrality of slavery and racism to our history,” but heatedly dispute it on “matters of verifiable fact.” Their applause often seems more of an all-out war against the project than support.

As a historian, social studies teacher educator, and former New York City high school teacher, I strongly endorse the 1619 Project’s claim that the roles slavery, race and racism have played in shaping the United States, past and present, are fundamental to understanding the history of this country and need to be highlighted in secondary school curricula. I have minor disagreements with some of the details, but also confidence that those can and will be resolved over time through dialogue.

The 1619 Project and the companion curriculum, developed in conjunction with the Pulitzer Center, are vitally important because there is no national history curriculum in the United States. Each state has its own and the curriculum outline is often suggested, not required. With its focus on slavery and race, the 1619 Project challenges gaps, minimizations, and distortions in what gets taught in American schools.

I am most familiar with New York State, where recommendations for the social studies curriculum are embedded in its Grades 9-12 Social Studies Framework, a framework that minimizes the role of the trans-Atlantic slave trade, the sale of people, and the sale of slave-produced commodities in global and United States history.

When I was a high school teacher, the break point for semesters in Global History was European New World exploration, which meant the Columbian Exchange and the impact of the trans-Atlantic slave trade were featured at the start of a new semester or a new school year. New York now starts tenth grade with the Industrial Revolution in the 18th century, which means the Columbian Exchange and the trans-Atlantic slave trade are squeezed together into the last month of 9th grade – if there is time.

Slavery does not appear in guidelines for teaching about ancient Greece or Rome, societies often credited with being the origin point for Western Civilization, or in Egypt, or Asia. Slavery is first mentioned in a unit on  “An Age of Expanding Connections, ca. 500 – ca. 1500.” In this unit, students are expected to “identify trade networks involved in the exchange of enslaved people and explore the nature of slavery during this time period.” The focus here is on trade networks, not enslaved people.

In the tenth and final 9th grade unit, students learn about the encounter between the people of Western Europe, Africa, and the Americas, an encounter that “led to a devastating impact on populations in the Americas, the rise of the transatlantic slave trade, and the reorientation of trade networks.” In this unit, students “examine how the demand for labor, primarily for sugar cultivation and silver mining, influenced the growth of the trade of enslaved African peoples.” They also “investigate European and African roles in the development of the slave trade” and the “conditions and treatment of enslaved Africans during the Middle Passage and in the Americas.” They learn about the impact of slavery on western African societies, but not on Europe, where slave trade profits fed infrastructure development and the growth of capitalist institutions like banks and insurance companies, financed the Industrial Revolution, and supported the emergence of European nations and empires. Slavery does not appear at all the in 10th grade framework, which mentions Toussaint L’Overture but not Haiti and the war to end slavery.

When I started teaching in the 1970s, the halfway point in the United States history curriculum was the American Civil War; it is now the end of World War I. That means the three hundred plus years from the first British settlement in Jamestown in 1607 to the Treaty of Versailles in 1919 are covered in fewer than 90 lessons. Slavery is one of the topics students explore in a ten-day unit on Colonial Foundations, a unit that includes the arrival of Dutch, English, French and Spanish  settlers and their interaction with the indigenous population, the geography of colonial North America, colonial social structures and labor systems, political institutions that draw on British legal traditions like the Magna Carta, and new colonial democratic principles like the Mayflower Compact. Slavery is mentioned again as one of the compromises at the Constitutional Convention, and is supposed to be a focus in the unit “Expansion, Nationalism and Sectionalism (1800-1865), but that is virtually impossible in a ten-day unit that includes everything that happened between the Louisiana Purchase in 1803 and the assassination of Abraham Lincoln in 1865.

Alexis de Tocqueville (1805-1859) was a French sociologist and political theorist. In 1835, after traveling in the country, he published his observations about the United States. In his discussion of Democracy in America, de Tocqueville wrote: “I do not imagine that the white and black races will ever live in any country upon an equal footing. But I believe the difficulty to be still greater in the United States than elsewhere . . . A despot who should subject the Americans and their former slaves to the same yoke, might perhaps succeed in commingling their races; but as long as the American democracy remains at the head of affairs, no one will undertake so difficult a task; and it may be foreseen that the freer the white population of the United States becomes, the more isolated will it remain.”

Students need to discuss why de Tocqueville did not think “the white and black races will ever live in any country upon an equal footing,” why he believed this was especially true for the United States, and whether the situation continues in the United States 185 years later.

Teachers and historians should applaud the 1619 Project for putting slavery and racism at the center of United States history and insisting that they be a major part of the school curriculum. Resolving disagreements about emphasis and corrections are part of the historical process and curriculum creation. Unless Americans understand the role slavery and racism played in the past and in the present, this country will never be able to create a more just and equitable future.