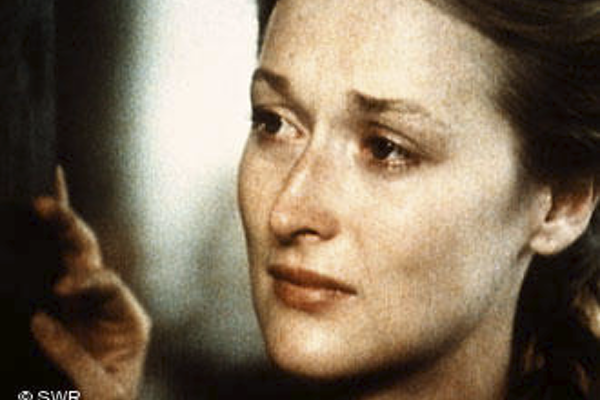 In a fascinating book, Learning from the Germans: Race and the Memory of Evil (2019), philosopher Susan Neiman praises the German people for coming to terms with their country’s role in the Holocaust. The reckoning took time, Neiman reports. For a few decades after the Second World War there was not much public discussion or teaching about the subject in Germany. In the late 1970s, however, a significant change occurred. Germans began to deal more openly and frankly with the record of Nazi persecutions.

A visitor to present-day Germany can find numerous examples of this “remembrance,” notes Susan Neiman. There is a memorial to the Holocaust at the center of Berlin and there are “Stumbling Stones,” small brass plaques around the city indicating where Jews and other victims of the Nazis lived before deportation. Exhibits about the Holocaust can be found throughout the country, and educational programs at Buchenwald and other concentration camps describe horrible practices at these sites. On the anniversaries of tragic events, such as Kristallnacht, Germany holds “public rites of repentance.” Neiman says Americans can learn how to confront their nation’s troublesome history of slavery and racial oppression by considering Germany’s progress dealing with unpleasant facts about the past.

Why did the German people’s curiosity and interest in the Holocaust surge in the late 1970s? Years ago, I discovered an important clue to this attitudinal change when conducting research for my 2002 book, Reel History: In Defense of Hollywood. Working on a chapter called “Impact,” I examined history-oriented dramatic films that influenced public opinion and behavior in significant ways. During that investigation, I came upon details concerning Holocaust, an American-made mini-series that NBC released in the United States in 1978. Subsequent programming in Britain, France, and Sweden attracted large audiences. The greatest buzz and public discussion took place in Germany.

Holocaust is a four-part docudrama with mostly fictional characters. Among its stars is Meryl Streep, then a young actress in an early stage of an extraordinary career. At the center of the story is a kind and respected Jewish medical doctor, Josef Weiss, and his extended family. Weiss’s nemesis is Erik Dorf, an unemployed lawyer who joins the Nazis. Eventually Dorf becomes a deputy to Reinhard Heydrich, a principal leader of the “Final Solution.” By the end of the film, most members of Josef Weiss’s family perish. The story exposes viewers to major historical developments from 1935 to 1945, including the Nuremberg Laws, Kristallnacht, concentration camps, and the Warsaw ghetto uprising.

When Holocaust became available for West German television in 1979, some German TV executives did not want to broadcast the film. One complained that it represented “cheap commercialism” in a soap opera format. A program director dismissed the production as typical Hollywood entertainment, “not quite real, not quite truth.” Despite the executives’ resistance, the program appeared on local TV stations and it became an instant hit. About half of West Germany’s population viewed some or all programs in the series, and many people in East Germany managed to watch it through antenna reception. About 30,000 viewers called television stations, requesting information. They asked: How could it happen? How many people knew?

The film made a significant impact on German society. A few months after its broadcast, West Germany scrapped the statute of limitations on Nazi war crimes. Media attention to the film provoked a “historians’ debate,” leading scholars to clash on questions about lessons from the record of German society under the Nazis. Educational leaders responded to the public’s interest by developing new courses for schools.

Books and documentary films about the Nazis and the Holocaust appeared in Germany before 1979, but they did not excite the degree of curiosity and interest that the mini-series aroused. Several media analysts in Germany pointed to the dramatic film’s powerful effect. Viewers became emotionally attached to the characters. They were upset when seeing the Germans’ indifference to human suffering and seeing Jewish figures harassed or cut down in brutal actions. Previous reports about this tragic history provided only names and numbers, the analysts noted. This production displayed the impact of historical events in graphic form. The victims seemed like real people. Audiences cared about the Jewish characters’ fate.

Susan Neiman makes a good point in her book. Americans, now struggling to acknowledge their country’s history of racial oppression and wishing to do something about it can learn from Germany’s progress toward “remembering.” Yet the Americans’ recognition of evils from history is not as limited as Neiman suggests. “Hollywood,” the generic name for America’s vast film and video-based industry, has made some worthy contributions to humanitarian awakenings. Holocaust helped Germans to confront their troubled past, and in another notable example, Hollywood confronted Americans with demons from their history.

Marvin J. Chomsky, the director of Holocaust, tugged at the heartstrings of American viewers through broadcast of an emotionally powerful drama on ABC Television in 1977, a year before the release of Holocaust. Roots, a mini-series about the experience of Africans and African Americans in slavery,attracted enormous audiences. The fourth and final program of Roots became the most-watched single episode of an American television show in history up to that point. Chomsky’s Roots did for the American people what Holocaust did for the Germans. The film aroused viewers to ask questions and seek information about a history that was less familiar than it should have been.