Richard L. Cravatts, PhD, president emeritus of Scholars for Peace in the Middle East, is the author of Dispatches From the Campus War Against Israel and Jews. 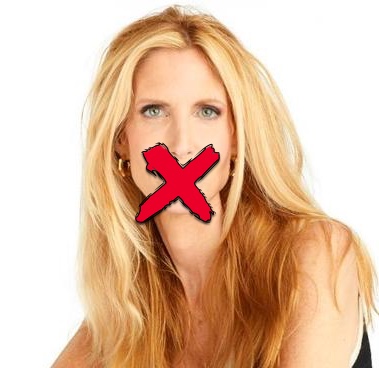 The current debate at Berkeley over the contested appearance of Ann Coulter as a guest speaker, of course, is emblematic of the larger, serious issue of which views should be permitted on campus and which, because they are deemed by the illiberal Left to be outside the bounds of appropriate discourse, should not. 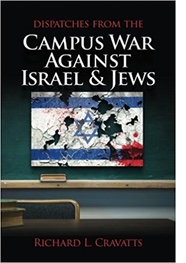 Berkeley has become the epicenter for this discussion, not because it is uniquely misguided about its free speech policies, but because the university has, over the last several months, repeatedly abandoned its responsibility to protect free speech, deciding instead that it would cave to the totalitarian demands of whiny progressive campus activists who wish to eliminate any ideas with which they disagree—individuals whom former Yale president A. Bartlett Giamatti referred to as “terrorists of the mind,” those who create a “tyranny of group self-righteousness” with their intellectual obduracy.

While the thuggish and grotesque riot that forced the cancellation of the January appearance at Berkeley of conservative provocateur Milo Yiannopoulos was inspired largely, but not exclusively, by students, the university’s craven administrators were certainly complicit in the exclusion of conservative views from campus. They were also instrumental in causing the cancellation of a scheduled appearance by conservative author David Horowitz earlier in April, and, as documents leaked as part of the current lawsuit over the Coulter affair reveal, administrators intentionally created a Byzantine system to help prevent any conservative voices from having a platform at Berkeley.

As the lawsuit, filed on behalf of Young America’s Foundation and Berkeley College Republicans (the groups that invited Coulter in the first place) observed, the Berkeley administration had concocted an unconstitutional policy to govern whether or not permission would be granted for controversial (read: conservative) speakers, the so-called High-Profile Speaker Policy. “It appears that the true aim of the High-Profile Speaker Policy,” the complaint asserts, “is to make it as difficult as possible for a disfavored speaker to hold a successful event at UC Berkeley.”

As they did with David Horowitz, and in behavior they repeated with Ann Coulter, administrators violated the content-neutrality requirement for free speech, instead penalizing groups that invite conservative speakers with onerous time, place, and manner restrictions, as well as arbitrary and onerous “security” fees that effectively served as a speech tax on certain, unwelcome speech.

The plaintiffs contend that Berkeley administrators “selectively impose their unwritten, unpublished High-Profile Speaker Policy based on their subjective beliefs that the anticipated content of the speaker’s speech is likely to spark ‘public outrage,’ . . . thereby triggering ‘security’ concerns and leading to the need to restrict the speaker to a ‘securable’ facility and time of speaking.” For the Horowitz event, for example, just six days before the scheduled appearance, the administration demanded that the sponsoring student group suddenly pay a security fee of $5,788, something that made it impossible for the speech to be held.

Of course, the security fee practice serves as a perverse incentive for those who wish to disrupt or have canceled events by conservatives, since threats of protests and disruptions prior to the event can necessitate the security fees and, often, the eventual cancellation of the event as a result of this penalty—the so-called “heckler’s veto.” If there are legitimate security concerns over potential reactions by protestors to the speaker’s words, that is an issue that can be addressed through law enforcement, suspensions, or other appropriate punishment for offenders. But the prospect for violence—on the part of the listeners—is not sufficient cause to suppress the First Amendment rights of the speaker.

The security fee unconstitutionally punishes the speaker for the real or imagined future behavior of his or her audience, and when the university—a public actor—invokes the security claim based on a conservative speaker’s controversial reputation for liberal audiences, it “offends the First Amendment when it imposes financial burdens on certain speakers based on the content of their expression,” the Supreme Court found in 1992 in Forsyth County v. Nationalist Movement. Moreover, even the determination that a Yiannopoulos, Horowitz, or Coulter appearance is likely to provoke a violent reaction—based on their previously articulated views—is itself a violation of the First Amendment, since the Court also noted that “[l]isteners’ reaction to speech is not a content-neutral basis for regulation . . . Speech cannot be financially burdened, any more than it can be punished or banned, simply because it might offend a hostile mob.”

The reality, at Berkeley and on campuses nationwide, is that the selectivity about who may speak and where and when almost exclusively applies to conservative speakers (and those who are pro-Israel). Not only are liberal speakers invited to campuses at a ratio of two to one over conservatives, but there has rarely been an instance when liberal speakers have had their events disrupted, obstructed, or forced to be canceled as a result of vigorous activism from conservative students—certainly not with the violence and incivility of the Milo event; or Heather MacDonald’s experience at Claremont McKenna when she tried to discuss the topic of her book, The War on Cops; or Charles Murray, political scientist, libertarian, and author of the controversial 1994 book, The Bell Curve: Intelligence and Class Structure in American Life, who was verbally assaulted by a crazed audience of Middlebury students intent on shutting down his planned speech; or at NYU where Gavin McInnes, co-founder of Vice Media, was showered with pepper spray by agitated and raucous protesters before his scheduled February 3rd speech; or at Canada’s Ryerson University in March where Ezra Levant, conservative political activist, writer, and broadcaster, had to endure a similar experience at when protesters set off alarms, pounded on doors, and continuously interrupted his speech while chanting, “no Islamophobia, no white supremacy.”

Something is clearly amiss on campuses, and especially at public institutions like Berkeley where students and faculty must enjoy and are entitled to the same First Amendment rights and protections that they have off-campus. The notion that administrators can be selective about who can and cannot speak on their campuses—based, in advance, on the content of the presumed speech—and can then make capricious decisions about fees, venues, and scheduling in order to obstruct or degrade the speaker’s message is, obviously, something that not only violates almost every institution’s own professed loyalty to academic free speech and unbridled expression, but violates constitutional protections—and is therefore unlawful. Public universities must discontinue these practices and policies. “Such discretion,” the Court found, “has the potential for becoming a means of suppressing a particular point of view,” something that is clearly taking place at Berkeley and on other campuses.

Nor can the practice continue of levying arbitrary and onerous “speech tax” security fees for conservative speakers. Not only has the imposition of these fees been shown to not be content-neutral and therefore unconstitutional, it has also become a dangerous but efficient tool for leftist activists in their campaign to suppress speech which they deem unworthy. Opponents of conservative speakers now have a clear motivation to loudly express their displeasure with and intent to demonstrate against a prospective speaker, effectively signaling to the administration that violence and disturbances may well accompany the event.

If security fees are a legitimate requirement, and administrators feel it necessary to pass these charges on to student groups, security fees should be taken out of all student fees and put into a common security fee pool, to be used by the administration, as needed, during the year to pay for any security required for any speaker, liberal or conservative. It is certainly inequitable that the victims of the protestors—the groups who sponsor the speakers whose events are disrupted—now have to bear the cost for the actual or imagined unlawful behavior of protestors who have decided to suppress thought they hate.

Finally, pusillanimous administrators have to make a significant change in the way they respond to the misbehavior of those on campus attempting to curtail the free speech of others. When 1500 violent rioters at the Milo event, including members of the radical, far-Left Antifa group, feminists, gay activists, pro-immigration groups, and other faculty and students, lighted fires, smashed windows, tossed smoke bombs, destroyed property, and pepper sprayed and beat pro-Trump bystanders and conservatives, campus security and Berkeley police essentially sat on their hands—helping to enforce the “heckler’s veto.” Students and faculty who had clearly violated Berkeley’s own code of conduct, if not civil law, went unpunished, sending another powerful message that only emboldens protestors to repeat their behavior the next time.

Shutting down speech is not only unconstitutional, it violates one of the university’s primary values. When members of the academic community ignore those values and violate regulations, there have to be swift and significant consequences, and these sanctions have to be publicized in advance of any event. When negative outcomes are clear, perpetrators often make different, self-serving decisions. In April of 2016, for example, students at Ohio State University “occupied” the offices of president Michael V. Drake, and intended to remain there until a list of demands were met. In a calm but firm manner, university vice president Jay Kasey informed the students that none of their demands were going to be addressed, and that if they decided to commit to their occupation and not vacate the space by an appointed hour, they would be potentially arrested and expelled. Students should not and cannot be allowed to take over a campus and hijack the robust exchange of ideas—even if they think they have the best intentions and are promoting a virtuous, progressive agenda.

“If there be time to expose through discussion the falsehood and fallacies, to avert the evil by the processes of education,” observed Justice Louis D. Brandeis, “the remedy to be applied is more speech, not enforced silence.”