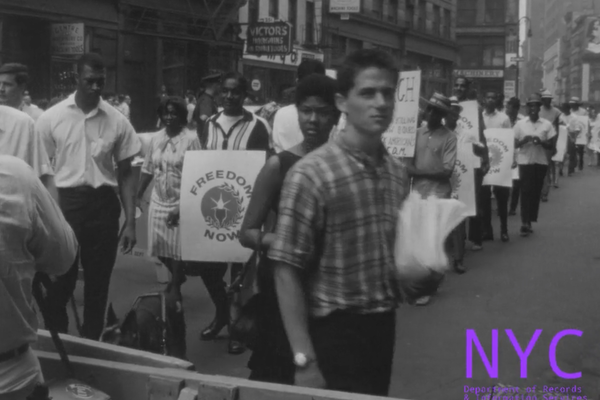 The New York County District Attorney (D.A.) and the Bureau of Special Services (BOSSI), a specialized New York City Police Department (NYPD) unit, may be to blame for two Black men connected to Malcolm X being incarcerated on false charges. Walter Bowe and Khaleel Sayyed were convicted for being part of a conspiracy to blow up the Statue of Liberty in 1965. According to the recent memoir The Ray Wood Story: Confessions of a Black NYPD Cop in the Assassination of Malcolm X, both men, who had been members of Malcolm X’s Organization of Afro-American Unity (OAAU), were arrested to facilitate his assassination a week afterwards. While the responsibility for Malcolm’s assassination remains a contested topic, the story points to the bigger issue of the involvement of BOSSI in infiltration, surveillance, and undermining of many social justice organizations in the city.

In previous articles I discussed evidence that supports claims these men were falsely accused, and how the idea for bombing the Statue of Liberty came from BOSSI agent Ray Wood. Two members of the Congress of Racial Equality (CORE), which Wood first infiltrated, have stated he also tried to convince them to commit similar acts of violence months before he infiltrated Bowe and Sayyed’s activist group in December 1964. New evidence names two additional CORE members who tried to testify in court that Wood suggested they blow up the Statue of Liberty in July 1964. Even though their testimony would have supported Bowe and Sayyed’s claims of entrapment, the testimony of these CORE members was challenged by the D.A.’s office and not allowed to be heard at trial by the judge.

Why is this new evidence important? It helps to further exonerate Bowe and Sayyed while revealing inconsistencies in Wood’s controversial memoir. It also helps continue to expose the extraordinary lengths BOSSI went to in order to neutralize CORE and the willingness of courts and prosecutors to conceal it. These efforts are further revealed by surveillance films taken by BOSSI, many of which are exhibited on the New York City (NYC) Archives’  website. This film footage is significant because it adds to and illustrates the drama of the Ray Wood and CORE story while also serving as an excellent visual representation of CORE at its zenith. The films depict why CORE was considered such a threat to the authorities, especially on the issue of police brutality.

One highlight of the collection is a May 1964 film clip where Ray Wood can be seen talking to the head of the East River CORE chapter, Blyden Jackson. In that same clip, Wood can be seen walking directly behind East River CORE member Stu Wechsler on a picket line. It was Wechsler who told how Wood suggested East River CORE members should stick up liquor stores and commit other types of robberies in order to raise funds for CORE. Wood also testified against Jackson in front of the House Un-American Activities Committee for allegedly being a communist. The footage is important because it confirms Wood did indeed have significant contact with the members of East River CORE.

A bespectacled Rafael Martinez can be seen in a March 1964 clip as a member of Bronx CORE being arrested with chapter chairman Herb Callender for protesting against police brutality at police headquarters. It was Callender’s 1964 campaign against police brutality that led to Wood being assigned to infiltrate Bronx CORE, an infiltration which would set Callender up for arrest later that year. Martinez appears in several clips where the camera is focused on him specifically. Martinez was the first CORE member I found that stated Wood suggested to him they should blow up the Statue of Liberty in mid-1964. The film footage is important then because it shows BOSSI knew of Martinez, thus adding legitimacy to his claim. It raises the question whether Martinez was targeted by Wood because of his protests against police brutality.

Callender and others, including Brooklyn CORE member Paul Heinegg, can be seen in an additional film clip being arrested again for protesting against police brutality at city hall three weeks later. Several shots in the beginning of the clip isolate Heinegg in the frame. He has stated Brooklyn CORE was also infiltrated by an undercover police officer known as Phil Plant. Heinegg was arrested again a month later by Plant for participating in the World’s Fair Stall-In, a demonstration in which CORE chapters planned on stalling traffic around the city to protest employment discrimination at the 1964 World’s Fair. This is significant because it shows that NYPD did not just infiltrate Bronx CORE but Brooklyn CORE as well, the chapter credited with coming up with the idea for the Stall-In. As with Martinez, the footage shows BOSSI was also aware of Heinegg and again raises the question if Heinegg was targeted because of his activism regarding police brutality.

There are even film clips of Ray Wood posing as an activist after he was pulled out of CORE by BOSSI to infiltrate the Black Liberation Front (BLF), the activist group Bowe and Sayyed belonged to. Together, the BOSSI collection of surveillance films helps tell the story of Wood and CORE, from the events leading up to his being assigned to CORE, to his interactions with CORE members, to his actions as an undercover agent that ultimately led to the arrests of BLF activists on false charges.

These film clips support my previous argument that Wood’s assignment was a response to CORE’s increasing militancy, as exemplified by its Stall-In and campaign against police brutality. While the Stall-In received more publicity, there are more clips of CORE protesting against police brutality on the Archives’ website, including one featuring Brooklyn CORE head and future congressman Major Owens leading a demonstration in front of police headquarters. Such protests speak to CORE as leaders in the fight against police brutality well before groups like the Black Panthers, an issue not much discussed by movement historians.

This increased militancy came at a time when members were pushing the limits of non-violent direct action in ways CORE’s founders never imagined. CORE’s innovations and militancy propelled the movement forward as part of its efforts to increase democracy. The actions of BOSSI on the other hand speak to efforts by the authorities then as now to subvert democracy.

The footage helps clarify the story and suggests Wood’s actions were not random but part of a coordinated effort in which BOSSI  targeted specific members of CORE. This raises the question, given the amount of surveillance being done, why was Ray Wood suddenly taken out of CORE and reassigned to the BLF? The BLF in comparison would not have been seen as problematic as CORE, a national organization with thousands of members engaged in protests all over the country for years. The BLF was a local group, barely a few months old, that rarely did actions and had no more than two or three dozen members.

This film footage is also significant in that it is a window on the civil rights movement in NYC, in which CORE had been the tip of the spear. The footage supports arguments as to how the movement also happened in the north and helps debunk the narrative of the movement  as something exclusive to the south.

In a strange way, BOSSI did CORE a favor in that it documented and preserved its rich history for future generations. The footage illustrates exactly what CORE contributed to the movement, specifically its innovativeness in creating tactics and techniques that have come to characterize the movement as we know it: the “jail no bail” tactic, “going limp” when arrested, physically blocking and climbing all over construction equipment and other variations of the “sit-in”. CORE’s ability to dramatize the issue can especially be seen in one cinematic 1964 film clip of members chaining themselves to the pillars of the United States Court House while holding signs that spell out “FREEDOM NOW”.

One of the most obvious reasons CORE would have been considered such a threat was because of how it successfully influenced masses of people from all walks of life to join the movement such as Yuri Kochiyama and Herman Ferguson. BOSSI by coincidence captured shots of Kochiyama and Ferguson long before they joined the OAAU and witnessed the events of Malcolm X’s assassination. These clips which show their first arrests as part of the civil rights movement speak to the significance of CORE as inspiration. In teaching such people how to organize, CORE trained a whole generation of activists who went on to affect the larger Black freedom movement in ways that had far reaching consequences.

Several demonstrations are shown where the majority of CORE members protesting were White, the ancestors of today’s “anti-racists”. Most of these White members were Jewish such as Mickey Schwerner of the Downtown CORE chapter. Shots of him protesting against discrimination in employment and police brutality show Schwerner was heavily involved in activism well before he was murdered in Mississippi by Ku Klux Klansmen aided by the local police. The shots are especially poignant given the current trend of voter suppression and efforts to disenfranchise Black voters by the Republicans who have for all intents and purposes become the legislative branch of the white supremacist movement. These actions dishonor the sacrifices of CORE members Schwerner, Andy Goodman and James Chaney which resulted in the Civil Rights Act of 1964 and the Voting Rights Act of 1965.

For all the action that took place at these protests, the footage also reveals days where there were no physical clashes with the police and racist white mobs, only a small number of demonstrators with no crowd to witness them, protests where there were no television cameras or photographers from the press, just a few random police officers assigned to monitor the event. Such footage takes away from the mythology of the movement, revealing instead the loneliness of the long distance activist, but speaking to the level of commitment by members of CORE.

If anything this footage is a reminder of the need to do more work on CORE. Given BOSSI’s extraordinary effort to neutralize CORE and the fact that BOSSI was a satellite for the counter-intelligence program (COINTELPRO) of the Federal Bureau of Investigation (FBI), it also raises another question: did law enforcement and the intelligence agencies finally succeed in neutralizing CORE by using its national director Roy Innis? For years, Innis was rumored to be an agent of the Central Intelligence Agency. It was under his tenure that CORE partnered with the Republican Party and conservative forces often against the same civil rights activity CORE once championed. Under Innis, CORE was disrupted, misdirected and discredited, all stated goals of COINTELPRO.

Ultimately, this story speaks to the larger issues of government efforts to destroy the Black freedom movement as well as the use of illegal surveillance and entrapment. The same tactics that Wood used to entrap and set up CORE and the BLF would be used repeatedly over the years up to today’s Black Life Matters movement. In order to gain justice for the victims and prevent such abuses of power from ever happening again, all such surveillance footage and the FBI files not just on Ray Wood, Malcolm X and CORE but all the groups involved in this story should be released. This would help us finally learn the full extent of these programs and the effect they had on the Black freedom movement and other social justice initiatives.

* My thanks to Ayo Magwood for research assistance.