The Nazi in the Classroom

by Gary B. Ostrower

Gary Ostrower is recently retired as Professor of History at Alfred University. He has also taught at Vassar College, the University of Pennyslvania, and the University of Aarhus (Denmark) as a Fulbright Lecturer. He is the author of multiple books on the League of Nations and the United Nations. 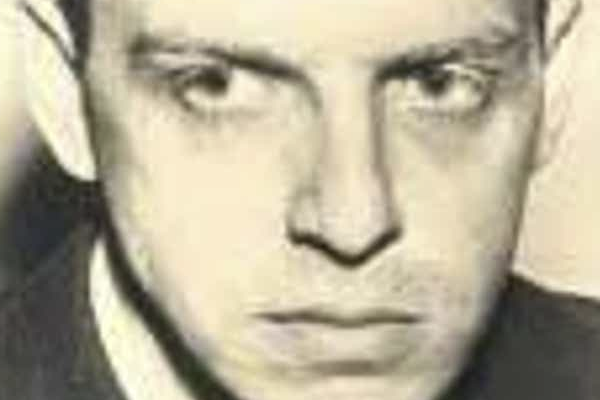 Not only did he become a German citizen; he renounced his American citizenship, became a member of the Nazi Party, and then broadcast Hitler’s propaganda to American troops in Europe.

What kind of propaganda?  Among other things, he had denounced FDR as a traitor, called for his impeachment, denounced Jews as war profiteers, and predicted that the US would suffer defeat and partition unless it surrendered.

Sittler had company.  A number of other Americans also served Hitler, including the notorious Axis Sally.  After VE Day, they were arrested by the American military. The Department of Justice charged all but one with treason.  The one was Edward Sittler.

Why not Sittler?  Because he was no longer a US citizen.  Only citizens can commit treason.

Sittler soon returned to the US.  Odd that he would be invited back, but the DOJ wanted him to testify against the others.  He did, sort of.  He testified for both the prosecution and the defense.

He also used the technicalities of American immigration law to remain in the US, perhaps aided by his anti-communism during the 1950s.  During that decade, he taught at a number of small colleges including Shurtleff College in Illinois, Thiel in Pennsylvania, Alfred University in western NY, and in, 1959, CW Post College on Long Island (part of Long Island University today).

When in December 1959 an enterprising reporter for the Long Island Daily Press discovered that he had a Nazi past, the story went national.  Protests from veterans groups and Jewish organizations flooded into the CW Post president’s office. The college allowed him to “resign.”

But Sittler wasn’t about to fade away.  He initiated efforts to regain his American citizenship.

The Immigration and Naturalization Service investigated him.  It recommended against granting him citizenship.

Was this proper?  Immigration law states that citizenship shall be conferred if an applicant has shown “good moral character” and attachment “to the principles of the Constitution…,” and has been “well disposed to the good order and happiness of the United States” for five years preceding his or her application.   Sittler argued that he met this requirement, and nothing suggests otherwise.

But when Sittler went to Federal Court to reverse the verdict of the Immigration Service, the highly respected Judge Lloyd McMahon of the US District Court in New York rejected his petition.  The judge wrote in a blistering opinion that Sittler’s testimony to the Immigration Service was riddled with “distortions, half-truths, incomplete answers, misleading responses, evasion, [and] concealment…” so that “the court can give it no credence whatever.”

In fact, Sittler claimed that he had simultaneously been loyal to both US constitutional principles and to Nazi Germany.  What the judge understood, but Sittler did not, is that he could indeed be loyal to the Constitution or to Nazi ideology, but not to both at the same time.

Sittler then appealed to the second highest court in the land, the US Court of Appeals.  Same result.  He didn’t help himself by asserting that that he had believed stories about Nazi persecution of Jews were just communist propaganda.

One other corner of this story bears mention.  Sittler had told CW Post’s Dean L. Gordon Hoxie before he was hired about his Nazi past.  Then why hire him in the first place?  The college president, “The Admiral” Richard L. Conolly, later explained that everyone has the right to “repent [and] mend his ways.” Only after publicity about Sittler threatened to embarrass the college—and President Conolly--did CW Post demand his resignation.

And then we have the matter of academic freedom.  The American Association of University Professors (AAUP) strongly criticized CW Post because Sittler had not been granted a hearing before the college cut ties with him.  The fact that Sittler had agreed in advance to resign if his Nazi background became a problem was considered irrelevant.  To the AAUP, the college had violated his “due process” rights. The AAUP viewed this as abridging the principle of academic freedom.

Was Sittler still a Nazi at heart after he returned to the US in 1946?  The answer remains murky.  Apparently nothing he did at any of the colleges where he taught revealed Nazi sympathies.  Even Jewish students found him unobjectionable.  Did he lie when he applied for naturalization?  Sure, for he undoubtedly knew that telling “the whole truth, and nothing but the truth” would doom his application.

Today, his case is forgotten.  It shouldn’t be.  It raises questions that are still relevant about the law of treason, of citizenship, and about the meaning and limits of academic freedom.

NOTE:     I was a student at Alfred University when Sittler taught here in 1958-59.  My roommate, a Jewish student from Yonkers, was a student in a German class that Sittler taught.   I know even today a number of people—former colleagues and neighbors—who knew and continue to think highly of Sittler.  I think it fair to say that we all were stunned when news broke in 1959 about Sittler’s Nazi past.