Politics Aside, Was Trump Even an Effective Leader? 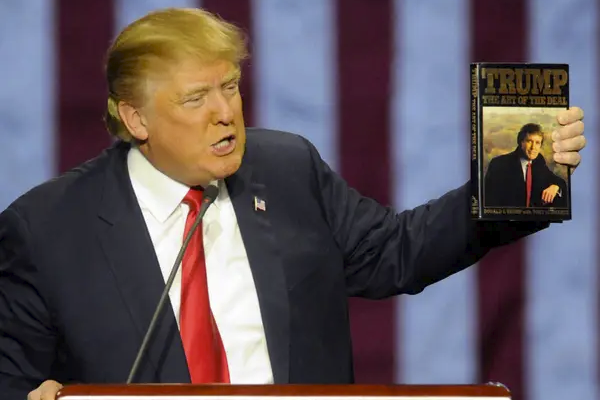 One of the most intriguing aspects of current politics is the fealty of the Republican Party to Donald Trump. Central to this loyalty is the view that Trump was an effective leader. As a candidate in 2016, the future president claimed that he was uniquely qualified to lead the country, unite the public, and overcome gridlock in Congress. To accomplish these goals would require successful persuasion. Was this talented self-promoter able to win public support for his initiatives? Was this experienced negotiator able to overcome polarization in Congress and obtain agreement on his proposals? Was Donald Trump an effective leader?

At the core of Donald Trump’s political success were his public relations skills. He possessed well-honed promotional talents sharpened over a lifetime of marketing himself and his brand. Once in office, the president wasted no time in conducting a permanent campaign to win the public’s support. On the day of his inauguration, Trump filed for reelection with the Federal Election Commission. Less than a month afterwards, on February 18, 2017, he held the first of what were to be dozens of political rallies around the country.

Did he succeed in winning support for himself and his policies? I have shown in great detail, he did not. Instead, he consistently failed to win the public’s backing for either his policies or his own handling of them. Indeed, he seemed to turn the public in the opposite direction. He made the Affordable Care Act, which had been unpopular, popular, and the health care policies he backed unpopular. Similarly, in the face of a general desire to control our borders and protect the country from terrorists, Trump managed to alienate the public from his immigration policies. Perhaps most remarkably, his tax cut for nearly all taxpayers and businesses was unpopular. In addition, the public remained supportive of free trade and critical of his handling of trade policy.

Capping Trump’s failure to win public support was his earning the lowest average level of general job approval of any president in the history of polling. Moreover, this approval was also the most polarized, with the difference among members of the two major parties averaging 81 percentage points.

As president, Trump dominated the news, but his impulsive, undisciplined, and divisive communications created distractions from his core message and alienated the public. His discourse was characterized by ad hominem attacks aimed at branding and delegitimizing critics and opponents, exaggerated threats and inappropriate offers of reassurance, blurred distinctions between fact and fiction, encouragement of cultural divisions and racial and ethnic tensions, and challenges to the rule of law. The public was not persuaded by this inflammatory rhetoric and concluded that he was an untrustworthy source of information.

Trump was more successful in solidifying his core supporters—those who already agreed with him. Although we cannot know for certain, it appears that his rallies, tweets, and other communications—along with affective polarization and motivated reasoning—kept Republicans in the public in his camp, making it more difficult for congressional Republicans to challenge him.

Most significantly, it appears that Trump’s efforts to influence the public were detrimental to the polity. His rhetoric encouraged incivility in public discourse, accelerated the use of disinformation, legitimized the expression of prejudice, increased the salience of cultural divisions and racial and ethnic tensions, and undermined democratic accountability. For the Republicans who followed him, he distorted their knowledge about politics and policy, warped their understanding of policy challenges, and chipped away at their respect for the rule of law.

Did the president succeed in leading Congress?

Donald Trump claimed a unique proficiency in negotiating deals. Announcing his candidacy for the presidency on June 16, 2015, he proclaimed, “If you can’t make a good deal with a politician, then there’s something wrong with you. . . . We need a leader that wrote The Art of the Deal.” Was he able to exploit his experience to win congressional approval for his policies?

He was not. Once in office, he floundered. His passivity, vagueness, inconsistency, and lack of command of policy made him an unskilled, unreliable, and untrustworthy negotiator. He often adopted a reactive posture and easily lost focus. He was not successful in closing deals and convincing wavering members, principally Republicans, to support him. His shifting positions, inconsistent behavior, exclusion of Democrats in developing policies, and use of threats and ridicule squandered whatever potential for compromise might have existed. As a result, he received historically low levels of support from Democratic senators and representatives. His high levels of support from Republicans in both chambers of Congress were largely the product of agreement on policy and party leaders keeping votes he might lose off the agenda. When they were resistant, the president could not convince Republicans to defer to him, and his customary tools of threats and disparagement gained him little.

Trump was successful in preventing bills he opposed from passing, as are most presidents, but Congress passed little significant legislation at his behest. He was even less successful after Democrats gained control of the House in the 2018 midterm elections. He could not win support for new health care policy, immigration reform, or infrastructure spending. By 2020, he had virtually no legislative agenda. Congress took the lead on pandemic-related bills. Government shutdowns and symbolic slaps at his foreign policies characterized his tenure, even when Republicans were in control of the legislature.

Donald Trump wrote off the majority of the public and much of Congress. His genius for politics focused on playing to his base, with all its attendant detriments for the success of his presidency and the health of the polity. Governing by grievance may have met his personal needs but it did little to enhance his effectiveness as a leader. In the end, his response to his failure to persuade was to push the boundaries of presidential power and violate the norms of the presidency.