Trumpism after Trump: Beyond Fascism

Gavriel D. Rosenfeld is Professor of History at Fairfield University.  He is the author of the recent book, The Fourth Reich: The Specter of Nazism from World War II to the Present (Cambridge University Press) and the co-editor (with Janet Ward) of the forthcoming volume, Fascism in America: Past and Present. 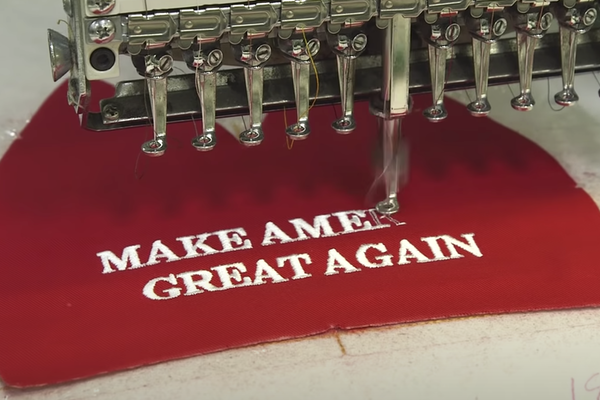 With the impeachment trial of Donald Trump now behind us, new questions are emerging about his legacy. While historians over the past five years have intensely debated whether Trump himself is a fascist, his return to private life and his uncertain political future have brought a new question to the fore: does the term “fascism” apply to the movement of Trumpism?

As a movement, Trumpism is still in flux, but its extremist drift – as disturbingly illustrated by the newly aired footage of mob violence at the Capitol, the outlandish behavior of Marjorie Taylor Greene, and the possibility of domestic terror attacks -- lends credence to new claims that Trumpism should be seen as a form of “American fascism.”

Yet while this charge is an important one that deserves serious scrutiny, it is premature to fully endorse it.  While Trumpism is undeniably defined by fascist traits -- a personality cult, hostility to liberal democracy, and now violent action -- certain questions linger.

First, can Trumpism be seen as a fascist movement if its composition is still inchoate and its goals are still unclear?  Many different groups were present at the sacking of the U.S. Capitol: the white supremacist Proud Boys, Three Percenters, and NSC-131ers; Christian Nationalists preaching the message of Jesus; libertarian gun fanatics, such as the Boogaloo Bois; and QAnon true believers fighting the “deep state.”  These groups have little in common, however, aside from anger against the liberal “establishment.”  While some of them, it now appears, coordinated their actions at the Capitol, the majority came together stochastically and were unconnected by any central command structure.

By contrast, traditional fascist parties were steered in a clear direction by dominant leaders pursuing clear goals.  To be sure, fascist parties did not appear fully formed on the political stage and took time to develop.  In Germany after World War I, many right-wing groups competed for followers: Pan-German nationalists, Stahlhelm veterans, Freikorps thugs, Organisation Consul assassins, Thule Society cranks, and – yes – fringe parties like the fledgling National Socialist German Workers Party.  It took years, however, before the Nazis rose above their competitors and gained anything resembling political traction. Trumpism is arguably at a similar moment, with the potential to develop in multiple directions.  Which one it will head in, however, remains unknown.

This fact raises a second question: can Trumpism acquire a clear identity (fascist or otherwise) with its leader out of power?  Trump may linger as a political force, but since he is no longer the sitting president – and especially since he has been banned from Twitter and Facebook – his wings have been clipped.  It remains unclear, therefore, how his movement will evolve going forward. Here again, the case of Germany in the 1920s offers an important lesson.  After Adolf Hitler was convicted of treason in 1924 for trying to overthrow the Weimar government, he was slapped with a public speaking ban for several years and the Nazi party descended into internal squabbling.  It quickly sank in the polls, earning only 2.6% of the vote in 1928.  Trumpism without Trump as President may also end up adrift.

Third, even if Trump remains an inspirational figure for Trumpism, can the movement be seen as fascist if the leader himself is not? Scholars remain divided about whether Trump’s political beliefs can be linked to fascism in any real sense. I have written elsewhere that, at best, he can be seen as a “situational fascist” -- as someone who stumbled into fascistic modes of behavior at the very end of his presidency, when, in the face of electoral defeat and possible criminal indictments, he incited violence to hold on to power.  To this day, it remains unclear what beliefs, if any, Trump subscribes to beyond personal self-interest. Trumpism thus remains something of a political cipher.

For all of these reasons, it is difficult to compare Trumpism to other political movements whose names derive from their leaders.  There is a long list of such movements – Bonapartism, Leninism, Stalinism, Maoism – but they were all defined by an ideologically rigid, top-down relationship between strong leaders and willing followers.  There is no real precedent in American history for a political movement being closely tied to a single figure for any significant period of time (McCarthyism being a possible short-lived exception).

Traditionally, America’s two-party system has absorbed upstart populist movements into the existing Democratic or Republican party establishments. It remains to be seen whether the GOP will absorb Trumpism and channel it into a more rightwing form of Republicanism, or whether Trump-supporting Republican representatives will transform the party in Trump’s own image.  A GOP split into two parties, while unlikely, is certainly conceivable and would weaken both.

But even if Trumpism becomes a more cohesive movement in the near future, it will still be difficult to call it “fascist.”  There remain too many differences between classical fascism and Trumpism.  Among other things, the latter has not displayed the imperialist warmongering, irredentism, or expansionism of the former (though Trump did seem to have his eyes on Greenland for a while) and it has rejected the statist economic philosophy embraced by rightwing extremists in the 1920s and 1930s.

All of these differences reflect the fact that Trumpists, like far-right parties in Europe, have had to acknowledge the status of liberal democracy as the western world’s default political system. Ever since the defeat of Nazi Germany and Fascist Italy in 1945, far-right figures have had to pay lip-service to democratic values and employ democratic rhetoric to camouflage their anti-democratic agendas.  It is why Trumpists claim they are merely trying to make a “rigged” democratic system “fair” (and why they have to fabricate outrageous conspiracy theories to support their baseless assertions) rather than attacking democracy as inherently rotten, like traditional fascists.  Indeed, in order to dispel the disqualifying impression that they are “fascist,” Trumpists have not only refused to apply the term to themselves but have used it to attack their opponents, whether Antifa activists or liberal democrats.

None of this has kept recent observers from linking Trumpism to fascism.  For some time now, scholars have used awkward terminology to hedge the relationship between the two movements: “fascistic,” “para-fascist,” “proto-fascist,” “fascistoid,” and “alt-fascist.”  Recently, new terms have been added to the growing list:  Timothy Snyder has referred to Trumpism as a form of “pre-fascism.” Enzo Traverso has called the Trump phenomenon “post-fascist.”  And Mikael Nilsson has recently called Trumpism “neo-Fascist.”

While all of these concepts are suggestive, they suffer from various shortcomings.  “Pre-fascism” is both overly capacious and deterministic, for, strictly speaking, every political system is “pre-fascist,” though it would be a mistake to see such an eventuality as inevitable.  Calling Trumpism “post-fascist,” meanwhile, may be accurate chronologically, but misleadingly suggests its supporters have firmly moved beyond fascist doctrines, which may not be the case.  “Neo-Fascism” is the most promising of the recent formulations, but until we systematically lay out how it has adapted older fascist principles to contemporary realities, it, too, remains an imperfect concept.

For all of these reasons, it may be best to view Trumpism through a new political prism.  Because fascism has unavoidable connotations related to Europe and World War II, we may do well to view Trumpism as something uniquely new and American. Trumpism can be seen as the product of the United States’ early 21st century political crisis.  It is a crisis with deep-seated origins and Trump is its symptom, not its cause.  Like other rightwing populist movements around the world today, its immediate origins are rooted in the nation’s turbulent history.

Rather than describing Trumpism as a version of classical fascism, then, we may want to see the movement in terms of its most notorious slogan -- “Make America Great Again” – and conceptualize it as “MAGA-ism.”  Although the term is unwieldy and has only been embraced by scattered commentators, it has the benefit of reminding us that rightwing nationalism in the United States is likely to persist long after Donald Trump leaves the political scene for good

MAGA-ism constitutes a generational challenge for the American political system. Whoever ends up leading the movement going forward – Josh Hawley? Ted Cruz? Michael Flynn? -- it will continue to express the myriad resentments that were successfully mobilized by (though hardly limited to) Donald Trump. To the extent that we can better understand the origins of MAGA-ism on its own terms -- beyond the paradigm of fascism -- we will be better able to counter the threat it poses to American democracy.