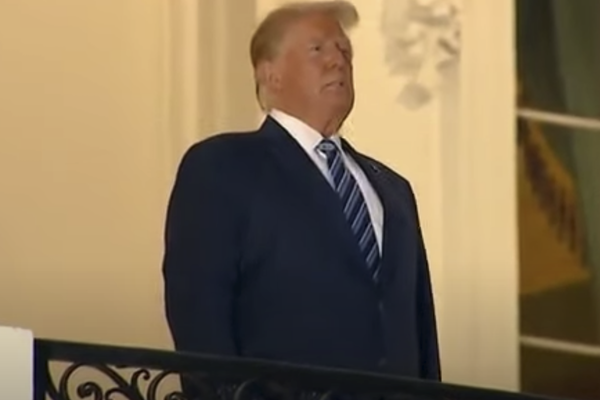 Since the violent attack by rightwing extremists against the U. S. Capitol on January 6th, growing numbers of Americans have become convinced that Donald Trump is a fascist.  In so doing, they appear to have broken the stalemate in the long debate between alarmist critics and moderate commentators about whether Trump stands in the tradition of interwar fascism or American conservatism.

That said, it may be premature for the alarmists to declare victory.   With Trump still in office and concerns about future violence running high, we do not yet have the distance to assess Trump’s historical significance with the objectivity that historical study typically demands. In the meantime, however, a case can be made that Trump occupies a middle ground between the claims of both camps.  Rather than seeing Trump in binary fashion either as an exemplar of fascism or of conservatism, it is possible to view him as a hybrid figure shaped by both movements.  Trump can be seen as having largely stumbled into his fascist identity under conditions that reveal him to be a contingent, opportunistic, and ultimately situational fascist.

At first glance, the concept of situational fascism may appear to be a contradiction in terms.   After all, the major leaders of interwar fascist parties – most notably Adolf Hitler and Benito Mussolini – viewed themselves as men of principle.  They believed they were uncompromising dogmatists, men who were fanatically committed to realizing their movements’ radical ideological goals.

By contrast, Trump has often backtracked from his most extreme positions in the face of public outcry.  The most striking example of this pattern of behavior was his recent television video condemning the violent behavior of his supporters at the U. S. Capitol.  Interwar fascists never would have permitted themselves to display such weakness.  It is hard to imagine Adolf Hitler writing an op-ed apologizing for his actions and disavowing his followers the day after his failed Beer Hall Putsch of November 9, 1923.  If one understands fascism to entail the pursuit of principled action, Trump’s reluctance to fully own his own radicalism makes it difficult to apply the definition to him.

That said, Trump can nevertheless be viewed as a fascist – albeit one who, due to various contingencies very late in his presidency, stumbled into fascism without necessarily having originally intended to do so. Most alarmist commentators have thus far overlooked the contingent aspects of Trump’s fascism and preferred to see them as openly visible since the beginning of his administration.  In making this claim, however, they have fallen victim to several perils of historical interpretation: presentism, determinism, and hindsight bias.

The commentators who have called Trump a “fascist” since the beginning of his presidency mostly did so in the immediate wake of real-time, present-day events – most frequently, Trump’s announcement of policies that could be construed as evoking fascist precedents, such as his odious Muslim ban or family separation policy at the United States-Mexico border.  Many of these same critics then extended their concerns about contemporary events to make historically-informed, but deterministic predictions about the imminent arrival of a “Reichstag Fire” moment where Trump would follow in the path of interwar fascists and become an outright dictator.  Up until last week, none of these predictions had come to pass.  Today, however, many of same critics who, for five years, had lacked sufficient evidence to convince people about their claims now insist that they were “right all along.”  In so doing, they have effectively projected Trump’s fascism backwards in time to the beginning of his presidency and identified uninterrupted – and perhaps inevitable -- lines of continuity from his inauguration in 2016 to the assault of January 6th.

This tendency to see the past in light of the present is understandable, but it effaces the contingent nature of Trump’s turn to fascism.  It fails to account for ways that his evolution might have easily been different.  Although historians have long frowned on posing counterfactual questions about the past, growing numbers of scholars have come to recognize their utility.  They have especially noted how “what ifs” underscore the contingency of events and reveal their original uncertainty.

What, for example, would we be saying today about Trump’s fascism if he had won the 2020 election?  The premise is not so far-fetched.  While Joe Biden won around seven million more votes, his electoral vote total was the same as Trump’s narrow victory margin of 2016. Biden’s triumph ultimately hung on two hundred and fifty thousand votes in four key states.  Had those votes gone slightly differently, Trump would have been reelected.  He could have continued to use the traditional levers of government to get away with his corrupt activities.  He would not have needed to bemoan the “rigged” election.   He would not have mobilized his extremist supporters to “stop the steal.” And those extremists would not have stormed the Capitol.  In short, had all of this happened, few commentators would be warning about Trump being a fascist. (Whether or not subsequent events in his second term might have revived such warnings remains an open question).

The possibility that Trump might have won the 2020 election reveals the contingent character of his fascism.  For this reason, we should not view him as a fascist by conviction – as someone who subscribed to fascist beliefs from the moment of his arrival on the historical stage – but as a man molded by circumstances and opportunity to move in a fascist direction.  This move surely drew on latent authoritarian tendencies, but certain events had to intervene for Trump to realize their full potential.

Trump’s fascism should be seen as rooted in desperation not aspiration.  As will surely be confirmed by forthcoming media revelations, much of his erratic behavior – from his refusal to release his tax returns to his slavish obedience to Vladimir Putin -- was probably guided by the desire to avoid prosecution for a litany of corrupt, criminal deeds.  His manic desire to overturn the election results and stay in power – and his increasingly desperate methods of doing so – can only be explained by the dawning realization that his presidential immunity was swiftly fading.  This personal crisis can be seen as providing the inflection point where Trump’s authoritarian tendencies tipped over into fascist territory.  Moreover, because so many GOP politicians and ordinary Trump voters were so invested in his fate, they too swiftly followed him over the fascist precipice.

This view of fascism -- as radicalization fueled by desperation -- is nothing new.  It has marked fascism since its inception.  Historical Fascism arrived on the historical stage when the relatively obscure late 19th century idea of “National Socialism” was radicalized by the traumas unleashed by World War I. In the wake of mass death, communist revolution, and economic catastrophe, anxious European conservatives became so desperate to hold onto power that they became willing to employ radical means (fraud, deceit, and violence) to do so, partnering with the new fascist movements that had simultaneously appeared on the political scene.  Different countries succumbed to this fateful alliance between the old and new right at different times – Italy earlier, Germany later – but they were all shaped by the dynamic interplay between desperation and radicalization.

Keeping this point in mind will be important for fully understanding the nature of Trump’s presidency.  While there no longer much doubt that the January 6th attack on the Capitol brought the United States to point where genuine fascists are trying to topple the American government, we should resist the temptation to see this development as preordained from the beginning of Trump’s administration.  While a fascist turn was always a latent possibility, the fact that it arrived at the very end of his term in office, during a crisis entirely of his own making, is a notable fact that deserves deeper examination if we are to fully understand his administration’s historical significance.  As we move into the Biden era, scholars are beginning to examine how Trump’s presidency fits in the larger sweep of American history. They are debating a host of questions: whether he should be seen as an aberrational or representative figure; whether he is the result of continuities or ruptures; and whether historical events are deterministically guided by structural constants or contingently shaped by individual decisions.

Viewing Trump as a situational fascist may contribute to this larger process of historical understanding.  By regarding his turn to fascism as the product of contingencies rather than conviction – of chance circumstances rather than original sin – we are reminded of the disturbing fact that fascism is latent within liberal democratic society and can easily surface in times of extreme crisis. We are reminded that Americans have had ample reason to fear Fascism long before Trump -- during the years of the Great Depression under FDR; during the late 1960s and early 1970s under Richard Nixon; and in the early years after 9/11 under George W. Bush.  Seen from this perspective, Trump does not represent a wholly novel development.  At the same time, there is little doubt that the events that have followed his effort to overturn the 2020 election are unprecedented: at no previous point in American history did surging rightwing beliefs produce a pivotal inflection point where fascism morphed from being a potential to an actual threat.

For the time being, it appears that the threat has been repulsed.  But the Trump presidency is a vivid reminder that democracy cannot be taken for granted and requires vigilant protection. Understanding the contingent circumstances that make fascism possible is critical if America is to have any chance of recovering from the upheaval of the Trump era.