Paul W. Lovinger, of San Francisco, has been a journalist, an author, and the founder of the War and Law League. He may be reached at warandlaw@yahoo.com. 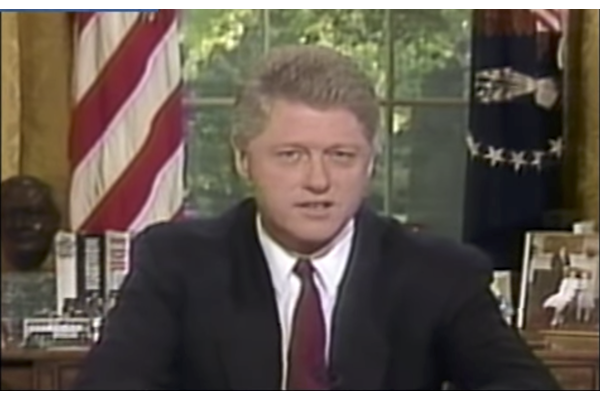 As I write this, I hold my breath. Will President Trump plunge the nation into an undeclared war with Iran? Will it set off a global cataclysm, as Russia sides with its ally?

Meanwhile, Congress tries to end the President’s support for the Saudi-led slaughter in Yemen. In Syria too, U.S. forces engage in undeclared bloodshed. And, though Congress never declared war on Afghanistan, America’s struggle there nears eighteen years. Many young Americans have never known peace.

Early in U.S. history, it was firmly established that Congress made the decision to fight a war. The Constitution assigned that grave decision to the national legislative body so it would not be made often or frivolously, in the manner of Old World kings. Nowadays, the United States wages wars constantly, on the whim of a single person.

Why do presidents now have so much power to go to war when that power is  unconstitutional? In June 1950, President Harry S. Truman sent armed forces to fight in Korea without obtaining the permission of Congress. Few protested. His impulsive decision initiated a bloody, three-year war with the North Koreans and Chinese.

In imitation of Truman’s action, all subsequent presidents have engaged in unauthorized military activity. As a result of presidential wars, millions have died, including some 120,000 Americans (my calculation). U.S. forces fight in so many lands today that the tragedy of war has become commonplace and few of us seem concerned.

Why do presidents commit those lawless acts? There are the official reasons, whichmake the headlines and claim free time on TV. Then there is the truth.

In an insightful letter (to Thomas Jefferson), James Madison wrote in 1798: “The constitution supposes, what the History of all Governments demonstrates, that the Executive is the branch of power most interested in war, and most prone to it. It has accordingly with studied care vested the question of war in the Legislature.”

The executive decision may hinge on personal or other irrelevant motives. Bill Clinton’s belligerent acts appeared to illustrate that. They also showed pure presidential war-making, in which Congress and law played no direct role.

Clinton’s deeds offered lessons for Americans, which should have been learned from the Korean experience. Had Congress promptly punished the high crime of presidential war instead of accepting it docilely, we might have avoided the debacles in Vietnam, Iraq, Afghanistan, Libya, Syria, Yemen, and elsewhere.

Below I review chronologically seven of Clinton’s acts of war, ending with his NATO-aided bombing campaign against Yugoslavia,which concluded twenty years ago in June.

Clinton’s first bombing of Baghdad, on June 26, 1993—killing eight civilians—was supposedly punishment for an attempt by Saddam Hussein to kill George H. W. Bush. Kuwaiti police had arrested seventeen men, claimed to find a bomb in a car from Iraq, and said an Iraqi “confessed” to an assassination plot. On the witness stand, he declared he was innocent and signed a paper because police beat him.

Seymour Hersh wrote in The New Yorker (Nov. 1, 1993) that Clinton had been mired in controversy over his cautious Bosnia policy and White House staffers advised that “bombing Baghdad would improve Clinton’s political standing at home and his  diplomatic standing in the Middle East.” Past and present intelligence officials told Hersh the acceptance of the Kuwaiti allegation was based on “conflicting and dubious evidence.”

Amid a civil war among Bosnian Serbs, Croats, and Muslims, came two gory explosions in Sarajevo’s main market, in 1994 and 1995. Supposedly in response to the latter blast, Clinton and NATO promptly launched a heavy bombing campaign against Serbs—without considering the evidence. (It was ambiguous and did not point to any party as culpable, Professors Steven Burg and Paul Shoup wrote in The War in Bosnia-Herzegovina,1999.) Clinton later sent 20,000 U.S. troops to Bosnia to join NATO “peacekeepers.”

By showing toughness, he could further his re-election after being called wishy-washy and anti-military. One writer believed that Clinton, in expectation of cheap oil and huge aircraft sales, intentionally advanced Saudis’ desire for an Islamic country in Europe.

The media covered Clinton’s sex scandal heavily. Widely suspected of lying by denying his association with the intern Monica Lewinsky, he was advised to come clean to get the public on his side. On August 17, 1998, in grand jury testimony and a television address, he abandoned months of denial and admitted “inappropriate” contact with her and having misled the public and his own wife. A poll taken immediately after the speech showed that a favorable rating of 60 percent five days earlier had dropped to 40 percent.

On August 20 Clinton bombed Afghanistan and the Sudan. The news upstaged the Lewinsky scandal. Clinton claimed he was fighting “terrorists.” But it soon transpired that one of his supposed terrorist targets was the Sudan’s only medicinal factory, indicating haste in planning the raids.

Two senators and two representatives questioned Clinton’s timing and credibility, and the Los Angeles Times asked whether the movieWag the Dog had come to life. In the movie, a Hollywood producer was hired to fabricate a war to distract the public from a presidential sex scandal. But Clinton’s acts of war were real.

In early December 1998, the biggest news concerned impending congressional proceedings on the impeachment of Clinton. The question was scheduled for House floor debate on Thursday, the 17th. Voting appeared likely the next day.

On Wednesday, the 16th, Clinton again bombed Iraq, falsely claiming it was not cooperating with UN inspectors. Consequently the House postponed the impeachment matter for a day and Iraq took over the headlines. Killing a couple of hundred Iraqis, the bombings continued until impeachment was voted December 19.

For three months, peace talks went on in Rambouillet, France, over strife between Yugoslavia and ethnic Albanians in the Serbian province of Kosovo. Other nations, including the U.S., participated.

What brought matters to a head, in March 1999, perhaps had less to do with European troubles than with two news stories troubling Bill Clinton. One dealt with an Arkansas woman’s allegation that he raped her twenty-one years earlier when he was attorney general of Arkansas. Another concerned allegations in the Republican Congress of Chinese theft of U.S. nuclear weapons secrets and inaction by Clinton, alleged recipient of campaign donations from China. A House committee had prepared a classified report on the matter and a Senate panel planned an investigation.

In Belgrade, Yugoslavia, Clinton’s envoy, Richard Holbrooke, delivered an ultimatum to the president, Slobodan Milosevic. To avoid war, the latter had to sign an agreement letting NATO troops occupy all Yugoslavia, then comprising Serbia and Montenegro. A day or two later, on March 23, Holbrooke forwarded the go-ahead for war to NATO’s secretary general in Brussels.

The attack came March 24, wiping the allegations about Clinton off the TV news and newspaper front pages. U.S. and other NATO forces spent the next eleven weeks hitting Yugoslavs with air-launched missiles, bombs, and bullets. Hillary Clinton may have influenced Bill’s decision. On March 21, when he was undecided about attacking Yugoslavia, she phoned and “urged him to bomb” (as quoted by biographer Gail Sheehy in Hillary’s Choice, p. 345).

Yugoslav officials placed civilian bombing casualties at 2,000 killed, 10,000 wounded. Official estimates of civilian war deaths from all causes went as high as 18,000. Eighteen U.S. deaths were reported (Wikipedia). Why the mass killing by the U.S.-NATO forces? Bill Clinton said they were to stop mass killing in Kosovo, which had been going on for a long time. But if they were such an old story, why did he choose the time he did to start a war? Could this attack and the previous three attacks all have served as distractions from scandal?

President Clinton not only usurped Congress’s authority under the Constitution to decide whether to go to war (Article I, Section 8) but continued bombing  even after two rebuffs by the House of Representatives on April 28, 1999: a 427–2 vote against declaring war and a 213 tie vote rejecting the bombing.

Abundant writings of the nation’s founders confirm the congressional war power. Take Alexander Hamilton: “The president is to be commander-in-chief of the army and navy.… It would amount to nothing more than … first General and Admiral …” (The Federalist, 69, 1788). “… It is the peculiar and exclusive province of Congress, when the nation is at peace, to change that state into a state of war …” (“Lucius Crassus” 1, 1801). And Thomas Jefferson: “Congress alone is constitutionally invested with the power of changing our condition from peace to war …” (message to Congress, 1805).

But when the chief executive ignores Congress, what then? That official is entrusted with armed force all the way up to hydrogen bombs. The lawmakers’ strongest weapon is impeachment by the House of Representatives (the bringing of charges) and trial by the Senate (to decide if removal from office is warranted).

Only two presidents have been impeached, neither removed: Andrew Johnson (1868) and Clinton (1998). The charges against the latter were not illegal war-making and numerous counts of homicide, but perjury and obstruction of justice. The Senate acquitted him.

See www.warandlaw.org/files/ClintonsWar.htm for a more detailed account of the Yugoslav war, including the massacre allegations, the media’s reporting, and the role of international law.