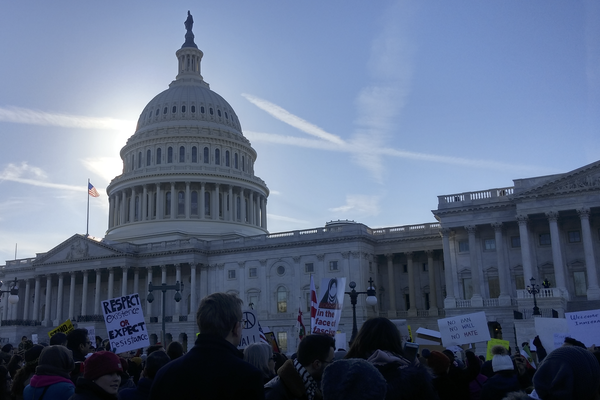 A century ago, historian Arthur Schlesinger, Sr. argued that history occurs in cycles. His son, Arthur Schlesinger, Jr., furthered this theory in his own scholarship. As I reflect on Schlesinger’s work and the history of the United States, it seems clear to me that American history has three 74-year-long cycles. America has had four major crisis turning points, each 74 years apart, from the time of the Constitutional Convention of 1787 to today.

The first such crisis occurred when the Founding Fathers met in Philadelphia in 1787 to face the reality that the government created by the Articles of Confederation was failing. There was a dire need for a new Constitution and a guarantee of a Bill of Rights to save the American Republic. The founding fathers, under the leadership of George Washington, were equal to the task and the American experiment successfully survived the crisis.

For the next 74 years, the Union survived despite repeated disputes over American slavery. Then, in 1861, the South seceded after the election of Abraham Lincoln and the Union’s refusal to allow this secession led to the outbreak of the Civil War. In this second crisis, exactly 74 years after the Constitutional crisis of 1787, two-thirds of a million people lost their lives and, in the end, the Union survived.

The war was followed by the tumultuous period of Reconstruction and the regional sectionalism that had led to the Civil War continued. As time passed, with the growth of the industrial economy, the commitment to overseas expansion, and widespread immigration, the United States prospered over the next three quarters of the century until the Great Crash on Wall Street and the onset of the Great Depression under President Herbert Hoover in 1929. The economy was at its lowest point as Franklin D. Roosevelt took the oath of office in 1933.

World War II broke out in 1939—exactly 74 years after the end of the Civil War (1865). While America did not officially enter the war for two years, it is clear that the danger of the Axis Powers (Nazi Germany, Fascist Italy, Imperial Japan), on top of the struggles of the Great Depression, marked a clear crisis in American history.  Fortunately, America had the leadership of Franklin D. Roosevelt to lead us through the throes of the Great Depression and World War II.

Once the Second World War ended in 1945, America entered a new period that included the Cold War with the Soviet Union and tumult in America due to the Civil Rights Movement and opposition to American intervention in wars in  Korea, Vietnam, and the Middle East.  The saga of Richard Nixon and Watergate seemed to many to be the most crisis-ridden moment of the post World War II era. But the constitutional system worked, and the President’s party displayed courage and principle and accepted that Nixon’s corruption and obstruction of justice meant he had to go.  Certainly, Watergate was a moment of reckoning, but the nation moved on through more internal and external challenges.

2019 is exactly 74 years after 1945 and it is clear that America is once again in a moment of crisis. As I have written before, I believe that today’s constitutional crisis is far more serious and dangerous than Watergate. Donald Trump promotes disarray and turmoil on a daily basis, undermines our foreign policy and domestic policy, and is in the process of working to reverse the great  progress and accomplishments of many of his predecessors going back to the early 20th century. The past 74 years have produced a framework of international engagement – the World Trade Organization and free trade agreements, the United Nations and conflict resolution, and a series of treaties like the Non Proliferation Treaty and Paris Climate Agreement. Nearly all of these accomplishments of the past 74-year cycle are now under threat.

The rise of Donald Trump is not an isolated phenomenon as similar leaders have come to power in much of the world in the past couple of years. This has occurred due to the technological revolution and the climate change crisis.  Both trends have convinced many that the post-1945 liberal world order is no longer the solution to global issues and that authoritarian leadership is required to deal with the economic and security challenges that the world faces. Charismatic figures claim to have the solutions to constant crisis by stirring racism, nativism, anti-Semitism, Islamophobia, misogyny, and xenophobia.

In some ways, this is a repeat of what the world faced in the late 1930s, but as this is the present instead of the past, we have no certainty that the major western democracies can withstand the crises and preserve democratic forms of government.  As America was fortunate to have George Washington, Abraham Lincoln, and Franklin D. Roosevelt in earlier moments of turmoil and crisis, the question now is who can rise to the occasion and save American prosperity and the Constitution from the authoritarian challenge presented by Donald Trump.