Scott W. Stern is the author of The Trials of Nina McCall: Sex, Surveillance, and the Decades-Long Government Plan to Imprison ‘Promiscuous’ Women. 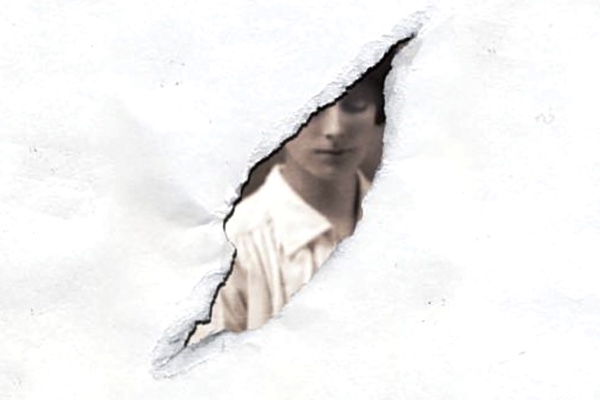 Given the state’s history, it’s clear the law was actually about controlling women.

Weeks ago, a federal judge in Indiana issued a preliminary injunction blocking a new state abortion law from taking effect—just three days before its enforcement was scheduled to begin. The challenge to this law had been filed just a few weeks ago. But the fight over what this law represents has been going on for well over a century. 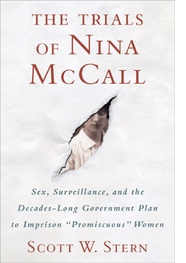 The law, Indiana Senate Enrolled Act 340, seemed innocuous enough at first glance. It mandated that physicians, hospitals, and abortion providers report any “abortion complication” to the state. But such complications were defined extremely broadly—they included not just bleeding or infection, but also depression, anxiety, trouble sleeping, even apparently years after the procedure. Medical professionals must report this complication along with a long detailed list of other information to the state. Each failure to report could be punished by up to 180 days in jail and a fine of up to $1,000.

Indiana Governor Eric Holcomb claimed this measure is just about gathering records and protecting women from health complications, and is similar to laws on the books in 27 other states. Yet some observers feared that this could lead to physicians interrogating women about whether or not they’ve had an abortion (and then asking them detailed questions about it) every time they seek any medical care. And though these complications would be reported to the state without the women’s identities, they would lead to the establishment of a list of statewide abortion complications that national anti-choice organizations were already saying they would post and publicize to mislead women away from seeking abortions, making the procedure seem more dangerous than it actually is.

On April 23, the American Civil Liberties Union sued Indiana over this law, on behalf of Planned Parenthood, claiming it “imposes unique and burdensome obligations” that are unconstitutional. The law was scheduled to take effect on July 1, but Judge Richard Young’s order a couple weeks ago halted enforcement of this law before it began.

The legal skirmish over this law has already triggered fiery debates within Indiana—debates that echo those occurring across the country. With the retirement of Justice Anthony Kennedy, there is no doubt that such debates will only grow in intensity and import in the months and years to come.

It is vital that those debating this matter—inside and outside the courtroom—are able to more fully understand the history of restrictive abortion laws—such as Indiana’s.

Many are aware that Indiana’s newest abortion law is part of the newest spate of “TRAP” laws—that is, Targeted Regulation of Abortion Providers—that foes of abortion rights have been peddling (with considerable success) across the country for years. A TRAP law similar to Indiana’s passed in Idaho just one week before Indiana’s.

Yet far fewer are aware that laws such as these have a far longer history than just the push for TRAP laws. Indeed, they outdate Roe v. Wade by a century. These new laws are inescapably part of a tradition of men attempting to control women’s bodies—which has been going on way longer and more continuously than most of us appreciate. For more than a century, officials have maintained that such laws and policies are about safeguarding health and protecting life; they are not. Rather, they are—and have always been—about regulating and policing women’s sexuality, autonomy, and privacy.

It was Indiana that, in 1873, created the first separate women’s prison in the nation. This institution (situated on 16 leafy acres) was supposed to protect “fallen” women and provide them with moral and spiritual reformation. In reality, it—and other similar institutions that quickly sprang up around the country—laid the groundwork for greater female incarceration and, as the historian Mary Odem observed, led to “repressive and discriminatory policies directed against young working-class women who violated dominant codes of female respectability.” Women were incarcerated in these institutions for vaguely defined crimes such as “incorrigibility” and “waywardness” (these crimes could manifest as swearing, attending a public dance, or dating without permission).

It was Indiana that, in the 1890s, was among the first states to pioneer the eugenic sterilization of the “unfit”—first criminals, “idiots,” and “imbeciles,” and later the “insane,” “feeble minded,” and epileptic—and it was Indiana that passed the nation’s first eugenic sterilization law in 1907. By 1931, a majority of states had passed such laws. In Indiana, eugenic sterilizations continued into the 1970s; the state sterilized about 2,500 people, over half of them women and a majority of them poor. Sterilization laws had also been passed in the name of protecting society from “the deviant” and the deviant from themselves. Yet these laws, wrote the historian Barbara Meil Hobson, were “aimed primarily at the female habitual moral offender.”

It was Indiana that, until the late 1910s, had the only statute in the country that defined prostitution. Under this law, a prostitute was any woman who committed “adultery or fornication for hire,” but the law also defined a prostitute as “any female who… associates with women of bad character.” Men who paid for sex were guilty of no crime—and continued not to be in Indiana into the 1970s.

It was Indiana that, in 1918, joined dozens of other states across the nation in dispatching law enforcement officials to follow around women, detain the ones “reasonably suspected” of having syphilis or gonorrhea, and then subject them to invasive STI examinations. The infected women were locked in detention facilities for forced treatment—this, at a time when one of the most common treatments was injections of mercury. This was part of a largely forgotten, nationwide campaign called the “American Plan,” under which officials across the country incarcerated tens, probably hundreds, of thousands of women in this manner, without due process. At least one woman called the detention facility in which she was to be quarantined a “concentration camp.”

The American Plan was about controlling women, especially sexually active women, and few states were more enthusiastic in enforcing the Plan than Indiana. “The State of Indiana,” lamented women’s rights activist Katharine Bushnell around 1920, “has declared through its Health Board that ‘persons’—meaning of course ‘women,’ since men are not arrested for compulsory examination—that women who are arrested (not ‘convicted’—arrested), under its measure to suppress diseases spread by vice, ‘have no legal rights.’ ”

Indiana continued to enforce the American Plan well into the 1920s. Then, in 1937, Indiana led the nation in reviving enforcement of the Plan. That year, an Indianapolis health official announced the “Indianapolis Plan,” which called for the examination of “vagrants” and the incarceration of infected ones in an “isolation ward.” During World War II, Indiana was once again one of the most enthusiastic enforcers of the Plan. Indiana police considered even women seen sitting alone at bars to be “reasonably suspected” of having STIs. Such enforcement continued in some parts of Indiana until the end of the 1960s, decades after STIs were easily treatable by a single round of antibiotics.

None of the laws just surveyed were about abortion. But all were about controlling women, especially those who violated middle-class sexual mores. Laws about “protecting” women—from predators, from health complications, from themselves—were really about dictating how they could live their lives. This history shows us that these efforts to control have been consistent and, tragically, successful.

Further, this history shows us that laws with protections to safeguard women’s privacy can quickly be used against them. For example, Senate Enrolled Act 340 requires physicians to report abortion information while keeping women’s identities anonymous, ostensibly submitting the information just for state record-keeping purposes. But record-keeping was also the justification of Rule 10 of the Indiana State Board of Health a century ago. By 1914, Rule 10 enabled authorities to quarantine individuals with a number of infections, but not syphilis or gonorrhea—“they are to be reported for record and statistical purposes only.” Yet just four years later, Indiana was quarantining hundreds of women with syphilis and gonorrhea. State investigators began using the formerly anonymous reports to find women to examine and imprison.

There is an old cliché about those who forget history being doomed to repeat it. Indiana officials have apparently forgotten their history—or, perhaps, they remember it all too well.