When (and Why) Did Supreme Court Nomination Battles Become All about Roe v. Wade?

Daniel K. Williams is a professor of history at the University of West Georgia and author of  Defenders of the Unborn: The Pro-Life Movement before Roe v. Wade. 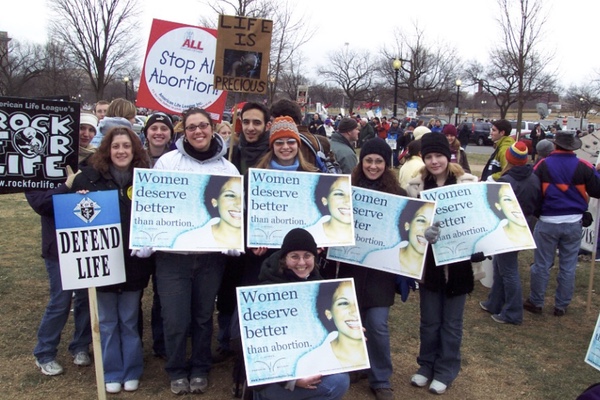 For the first twenty years after Roe, Senate confirmation hearings on Supreme Court nominees were not polarizing conflicts over abortion rights, but now they are. How did this happen?

In 1988, Justice Anthony Kennedy was confirmed by a Senate vote of 97-0. A unanimous Supreme Court nomination would be unimaginable today. In fact, Kennedy’s successor may not get more than 51 votes, largely because of fears that the future of Roe v. Wade hangs in the balance. Concerns about whether the Supreme Court will reverse Roe now dominate the conversation surrounding every Supreme Court nomination and presidential election, and they have polarized the nation. 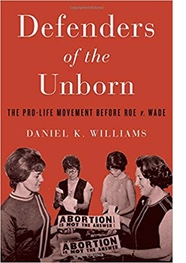 As Kennedy’s unanimous Senate confirmation fifteen years after Roe demonstrates, it was not Roe itself that caused Supreme Court nominations to become polarizing battles over abortion rights. Instead, it was a strategy that the pro-life movement developed in the 1980s – a strategy that, in fact, likely would have succeeded in reversing Roe if it had not been for Justice Kennedy.

In the mid-1970s, immediately after Roe v. Wade (1973), the pro-life movement gave little thought to reversing Roe through another Supreme Court case – an idea that would have had little chance of success at the time. Because Roe had not been decided by a close vote (the vote was actually 7-2), and because it had bipartisan support, with both liberal and conservative justices on the Court voting with the majority and with key leaders in both political parties endorsing the decision, no one at the time, whether inside or outside of the pro-life movement, thought an imminent reversal of the decision was likely.

For most activists in the pro-life movement, a mere reversal of Roe was not what they wanted anyway, because they knew that reversing Roe would not end legalized abortion in the United States. The idea that it was Roe that produced legal abortion in the United States is a modern myth that no pro-life activist in 1973 believed. In 1972, the year before Roe, there were more than half a million legal abortions in the United States. Elective abortion through the second trimester was legal in four states, and abortion in cases of rape or medical necessity was legal in thirteen others. A mere reversal of Roe would not have stopped New York, California, and other states from offering legal abortion for both residents and non-residents. Instead, what all pro-life organizations wanted in the 1970s was a constitutional amendment that protected human life from the moment of conception and banned abortion nationwide.

For a decade, pro-life organizations focused most of their efforts on campaigning for an antiabortion constitutional amendment, but by the mid-1980s it became apparent that, even with a Republican Senate and a Republican president, there was no chance that they could get this amendment through Congress, let alone convince the requisite number of state legislatures to ratify it. At this point, pro-lifers turned to their second-best option – changing the Supreme Court so that they could overturn Roe v. Wade.

This Court-centered strategy suited the goals of conservative Republicans in the Reagan administration a lot more than a constitutional amendment did. Approximately one-third of Republican senators in the mid-1980s were pro-choice, so a constitutional amendment to ban abortion was not something the party could rally behind, even though the GOP platform officially endorsed it. But a strategy of appointing conservative judicial nominees who would use their votes on the bench to limit federal overreach, protect private property, or enforce an “originalist” interpretation of the Constitution could find much greater support across the party, since this was a strategy not exclusively identified with the GOP’s pro-life wing. As long as these judicial nominees’ skepticism about Roe v. Wade was not too overt, they were unlikely to encounter much opposition from the GOP’s pro-choice wing – or even from pro-choice Democrats.

In the mid-1980s, few outside of pro-life or pro-choice activist circles were aware of the pro-lifers’ strategy or thought that Reagan’s early judicial nominees endangered abortion rights – which is why several of his Supreme Court nominations received unanimous support in the Senate. Justice Antonin Scalia was confirmed by a vote of 98-0 in 1986.

Pro-lifers overreached with Reagan’s nomination of Judge Robert Bork in 1987. Bork made the mistake of telling the Senate that he considered Roe “an unconstitutional decision, a serious and wholly unjustifiable judicial usurpation of state legislative authority.”  Along with Bork’s other skeptical observations about the right to privacy and civil rights, his strong condemnation of Roe doomed his judicial candidacy, and the Senate voted not to confirm him. For the first time, the press (and Senate pro-choice Democrats) began to realize that Roe hung in the balance with future Supreme Court nominations.

Democrats did not immediately begin to react against Republican judicial nominees, however. Instead, they tacitly acquiesced to a “don’t ask, don’t tell” procedure: Republican judicial nominees would have the right to refuse to answer questions about how they would vote on abortion rights, and in turn, Senate pro-choice Democrats would give them the benefit of the doubt as long as there was no paper trail indicating their overt hostility to Roe. Under this arrangement, the Senate voted by 97-0 to confirm Kennedy’s judicial nomination.

While pro-life activists were angry that Bork had not been confirmed, they believed that under the new arrangement, they had probably obtained an anti-Roe vote in Justice Kennedy. When the Court took up a major abortion case, Planned Parenthood v. Casey, in 1992, pro-life activists expected the Court, with Kennedy’s support, to overturn Roe. They therefore felt betrayed when the Court instead voted by 5-4 to reaffirm the main outlines of Roe, with Kennedy writing the majority opinion. They knew that if Bork had been confirmed, Roe would have been rescinded.

The 5-4 vote in Planned Parenthood v. Casey gave pro-life activists hope that they could overturn Roe v. Wade if they had one more vote on their side, but it made supporters of reproductive rights more determined than ever to prevent pro-life activists from changing the Court. Both sides knew that the future of Roe hinged on only one vote. For the next twenty-six years, as long as Kennedy was on the Court, conservatives and liberals lived with a Court that neither side was fully happy with, but that both sides grudgingly agreed to accept – a Court that had a 5-4 conservative majority on economic issues and property rights, but a 5-4 liberal majority on social issues such as same-sex marriage and, of course, abortion rights.

Kennedy’s retirement now ends this uneasy quarter-century truce, which is why both sides of the abortion debate are gearing up for what may turn out to be the most contentious Supreme Court confirmation battle since Bork’s.

But if the fight over abortion now polarizes Supreme Court nomination fights, both liberals and conservatives need to remember that there may be less at stake in the fight than they think. Pro-life activists who are salivating over the opportunity to overturn Roe need to remember that rescinding Roe was not their movement’s original goal, because if Roe is reversed, legal abortion will not end in the United States. And pro-choice advocates who are worried that Roe hangs in the balance with the appointment of Justice Kennedy’s replacement need to remember that conservatives have had a poor track record of predicting how justices will vote once they arrive on the bench. After all, abortion opponents thought they had five votes on their side in 1992. In the end, the fight over Supreme Court nominees has not given either side what they really wanted – but after thirty years, neither side is ready to give up the battle.