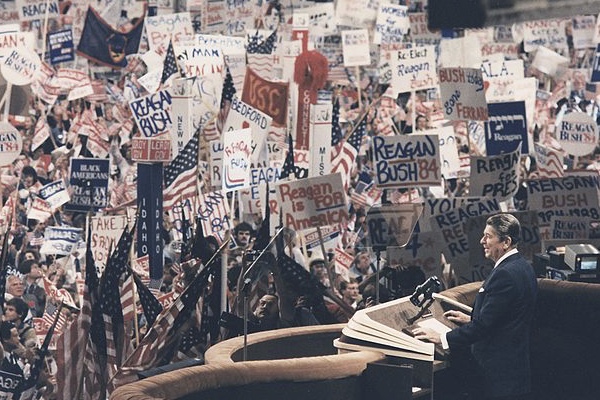 Now that the Republican Party―the conservative voice in mainstream U.S. electoral politics―has attained the most thoroughgoing control of Congress that it has enjoyed since 1928, it’s an appropriate time to take a good look at modern conservatism.

Conservatives have performed some useful services for Americans over the course of U.S. history. Alexander Hamilton placed the nation’s financial credit on a much firmer basis during the late eighteenth century. Determined to make knowledge available to all Americans, Andrew Carnegie funded the development of the free U.S. public library system in the late nineteenth and early twentieth centuries. During the early twentieth century, Elihu Root and other conservatives played key roles in the establishment of international law. Also, in the mid-twentieth century, Robert Taft staunchly denounced the peacetime military draft, arguing that it smacked of a totalitarian state.

But, increasingly, modern American conservatism resembles a giant wrecking ball, powered by hate-spewing demagogues to undermine or destroy long-cherished institutions, from the U.S. Post Office (established by Benjamin Franklin in 1775 and enshrined in the U.S. Constitution) to minimum wage laws (which began to appear on the state level in the early twentieth century). Sadly, the rhetoric of modern conservatism―focused on small government, free enterprise, and individual liberty―seems ever more divorced from its behavior. Indeed, conservatism’s rhetoric and its behavior are often quite contradictory.

Is this allegation fair? There certainly seem to be plenty of discrepancies between words and deeds, and conservatives should be asked to explain them. For example:

1. As opponents of “big government,” why do you fervently support an unending stream of government-sponsored wars, vast government military spending, the power of local police to shoot and kill unarmed citizens, government interference with abortion rights and family planning, government restrictions on marriage, and the linkage of church and state?

2. As advocates of “consumer sovereignty,” why do you oppose requiring corporations to label their products with information (for example, “contains GMOs”) that would enable consumers to make an intelligent choice of products?

3. As advocates of personal advancement through individual effort, why do you oppose inheritance taxes that would place the children of rich and poor on a more equal footing in their struggle for personal success?

4. As advocates of capitalist competition in the marketplace, why do you so consistently support the interests of giant corporations over those of small businesses?

5. As advocates of the “private enterprise system,” why do you so often favor government subsidies to failing big businesses and tax breaks to thriving big businesses that you desire to lure into your state or region?

6. As advocates of freedom to choose to work for an employer (“freedom of contract”), why do you oppose employees’ right to stop working for that employer―that is, to strike―and particularly to strike against the government?

7. As advocates of voluntary (rather than government) action to redress grievances, why do you so fervently oppose labor unions?

8. As advocates of the free movement of labor and capital, why do you support government immigration restrictions, including the construction of enormous walls, the massive policing of borders, and the building of mass incarceration centers?

9. As critics of statism, why don’t you oppose government loyalty oaths, flag drills, and pledges of allegiance?

10. As advocates of “freedom,” why are you not at the forefront of the fight against government torture, political surveillance, and censorship?

If these contradictions can’t be explained satisfactorily, then we have good reason to conclude that the professed principles of conservatives are no more than a respectable mask behind which lurk less admirable motives―for example, that support for wars and military spending reflects a desire to dominate the world and its resources, that support for police shoot-to-kill policies and crackdowns on immigrants reflects hostility toward racial minorities, that opposition to abortion rights and family planning reflects hostility toward women, that support for government meddling in religious matters reflects hostility toward religious minorities and nonbelievers, that opposition to product labeling, indifference to small businesses, subsidies to big businesses, and opposition to strikes and unions reflect a loyalty to corporations, that opposition to inheritance taxes reflects an alliance with the wealthy, and that support for nationalist hoopla, torture, surveillance, and censorship reflects a repressive, authoritarian mentality. In short, that the real goal of conservatives is the maintenance of economic, gender, racial, and religious privilege, with no scruples about the means of maintaining it.

Actions, of course, speak louder than words, and we will undoubtedly get a good idea of where conservatives stand from the legislation passed by the incoming Republican-dominated Congress. Meanwhile, however, it would be interesting to have conservatives explain these ten contradictions between their professed principles and their behavior.