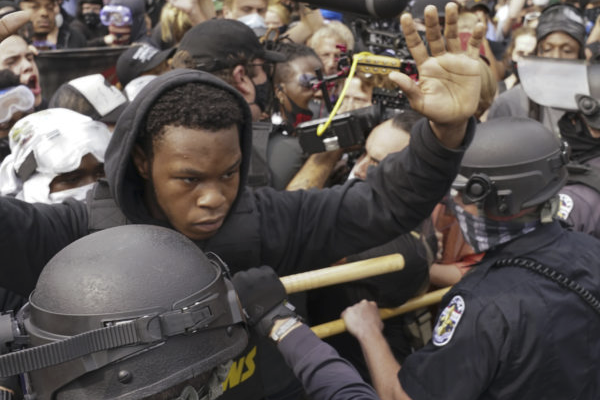 On August 30, 2022, the United Nations Committee on the Elimination of Racial Discrimination (CERD) released a report examining human rights violations in Azerbaijan, Benin, Nicaragua, Slovakia, Suriname, Zimbabwe, and the United States of America. A 24-member delegation from the United States including the mayor of Atlanta and representatives of federal and state agencies attended hearings held in Geneva, Switzerland. The United States is represented on CERD by Gay Johnson McDougall, a lawyer with expertise international human rights issues and racial discrimination. McDougall is affiliated with the Fordham University Law School.

Azerbaijan in south central Asia has a history of military abuse of its Armenian minority. In Nicaragua in Central America and Suriname in northeastern South America governments fail to protect indigenous people. In Slovakia there is persistent discrimination against Roma people. The African countries of Benin and Zimbabwe were also cited for insufficient efforts to protect human rights.

The committee’s most detailed report on racial discrimination was on the United States, where “racial and ethnic minorities are disproportionally impacted by higher maternal mortality and morbidity rates, higher risk of unwanted pregnancies and lack of means to overcome socioeconomic barriers to access safe abortion.” The UN committee was especially troubled by the Supreme Court’s decision to overturn abortion rights and the “disparate impact on the sexual and reproductive health and rights of racial and ethnic minorities, particularly those with low incomes” and called on the federal government to “take further steps to eliminate racial and ethnic disparities in sexual and reproductive health and rights.”

The committee’s report condemned “brutality and use of excessive or deadly force by law enforcement officials against racial and ethnic minorities” and the treatment of refugees attempting to enter the country on its southern border. It urged the United States to “create or strengthen independent oversight bodies to ensure accountability of law enforcement officials for inappropriate use of force.”

The report cited concern with state legislative measures that “unduly restrict the right to peaceful assembly following anti-racism protests in recent years” and specifically cited Florida law HB1 passed in response to Black Lives Matter protests. Florida Governor Ron DeSantis, a potential Republican Party 2024 Presidential candidate, was a strong advocate for the law which he argued would target “ professional agitators, bent on sowing disorder and causing mayhem in our cities.” Local activists from Florida who addressed the UN committee called the report a “victory for democracy and common sense.”

The UN committee also called on the United States to finally address demands for reparations due its African American community because of the history of slavery and post-slavery racism in the country. The United States has one year to reply to the committee report.