Walter G. Moss is a professor emeritus of history at Eastern Michigan University, a Contributing Editor of HNN, and author of A History of Russia (2 vols).  For a list of his recent books and online publications click here. 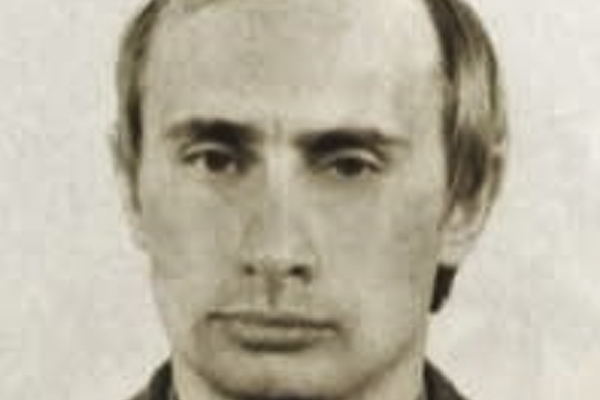 Moral Imagination? What’s that? Among other things it’s the title of a book and the main essay in that book by David Bromwich. He defines that quality as  “the power that compels us to grant the highest possible reality and the largest conceivable claim to a thought, action, or person that is not our own, and not close to us in any obvious way.” It involves compassion and empathy, love and mercy. It is also a quality that Russia’s leader, Vladimir Putin, sorely lacks.

If he possessed it, he could not possibly continue inflicting all the tragedy; the killing and the maiming; the attacks on homes, schools, and hospitals; all the sorrow and heartbreak that he has rained down on the Ukrainian people for more than 150 days.

Ian McEwan’s novel Black Dogs (1993) captures well the scope of such wartime tragedy when he writes of his main character: “He was struck by the recently concluded war [World War II in Europe] not as a historical, geopolitical fact but as a multiplicity, a near-infinity of private sorrows, as a boundless grief minutely subdivided without diminishment among individuals who covered the continent like dust. . . . For the first time he sensed the scale of the catastrophe in terms of feeling; all those unique and solitary deaths, all that consequent sorrow, unique and solitary too, which had no place in conferences, headlines, history, and which had quietly retired to houses, kitchens, unshared beds, and anguished memories.”

McEwan reminds us that Putin is not the first leader to cause such suffering, that Hitler and others have also caused innumerable misery and tragedies. Moral imagination, compassion, empathy: these qualities do not usually top the list of those that characterize national rulers. But that does not excuse Putin, nor the Russians who put him in power for more than two decades, counting his stint as prime minister, when he continued exercising his authority.

Neither--and this should be made absolutely clear--do NATO missteps justify his aggression. Look, for example, at the recent defense of his war by Sergey Karaganov, a prominent Russian political scientist interviewed by The New York Times’ Serge Schmemann.

Karaganov justifies Russia’s attacks because he says NATO was turning Ukraine into “a spearhead aimed at the heart of Russia. . . . The belligerence against Russia has been rapidly growing since the late 2000s. The conflict was seen as more and more imminent. So probably Moscow decided to pre-empt and to dictate the terms of the conflict. . . . This conflict is not about Ukraine. Her citizens are used as cannon fodder in a war to preserve the failing supremacy of Western elites.”

Karaganov goes on to say that “for Russia this conflict is about preservation . . . the country itself. It could not afford to lose. That is why Russia will win even, hopefully.” This same political scientist, whom Schmemann has interviewed often since Putin came to power, has (like Putin) a negative view of Western democracies: “Taking into consideration the vector of its political, economic and moral development, the further we are from the West, the better it is for us. . . .  The problem of canceling Russian culture, of everything Russian in the West, is the Western problem. Akin to canceling its own history, culture, Christian moral values.”

He sees the “global liberal imperialism imposed by the United States,” which has attempted to include Ukraine in it imperialistic outreach, as collapsing and being replaced by a “movement toward a much fairer and freer world of multipolarity and multiplicity of civilizations and cultures.” One of these centers of this new world will be Russia, “playing its natural role of civilization of civilizations.”

In Russia itself, Karaganov sees a “bright spot” amid the present “belligerent Western policies” toward Russia: they “are cleaning our society, our elites, of the remains of pro-Western elements.” Yet, despite this, he thinks Russia “could remain one of the few places that will preserve the treasure of the European, Western culture and spiritual values.”

All of this is nothing new. We see similar views among nineteenth-century Russian Slavophiles and Russophiles regarding the moral decline of the West, its antipathy toward Russia, and the belief that Russia will “preserve” the best of Western values. We also see this same type of thinking in some, but certainly not all, of the writings and comments of Alexander Solzhenitsyn, whom Putin once met and praised.

In response to Schmemann’s final question about Russia’s goals regarding Ukraine, Karaganov basically parroted Russia’s most recent declarations: “The minimum is the liberation from the Kievan regime of Donbas, which is in its final stages, and then of southern and eastern Ukraine. Then, Russia’s aim should probably be that the territory left under Kievan control will be neutral and fully demilitarized.”

Almost all of the above views mirror those of Putin, who about a year ago also detailed his views of Ukraine in a lengthy essay.

Not all of the preceding Russian justifications are complete nonsense.  Some prominent Western Russian experts and former U. S. officials believe it was foolish to encourage Ukrainian NATO hopes. Some aspects of U. S. mass culture are morally questionable, etc., etc., etc.  But none of that justifies the Russian invasion of Ukraine and the innumerable tragedies that it has caused. No way. If Putin had sufficient moral imagination, the assault would not have occurred.

As an example of that quality Bromwich cites Martin Luther King’s “A Time to Break Silence,” a 1967  anti-Vietnam-War speech delivered at New York’s Riverside Church. Here are some of the words that the author quotes:

What do the [Vietnamese] peasants think . . . as we test out our latest weapons on them. . . . We have destroyed their two most cherished institutions: the family and the village. We have destroyed their land and their crops. We have cooperated in the crushing--in the crushing of the nation's only non-Communist revolutionary political force, the unified Buddhist Church. We have supported the enemies of the peasants of Saigon. We have corrupted their women and children and killed their men.

Now there is little left to build on, save bitterness. Soon, the only solid--solid physical foundations remaining will be found at our military bases and in the concrete of the concentration camps we call "fortified hamlets." The peasants may well wonder if we plan to build our new Vietnam on such grounds as these. Could we blame them for such thoughts? We must speak for them and raise the questions they cannot raise. These, too, are our brothers.

A year after King’s speech, Kentucky writer Wendell Berry in “A Statement against the War in Vietnam” summed up King’s sentiment when he stated, “We have been led to our present shameful behavior in Vietnam by this failure of imagination, this failure to perceive a relation between our ideals and our lives.”

But it might be argued that the roles and responsibilities of a political leader like Putin are different than those of a minister or writer like King and Berry. And as the great German sociologist Max Weber noted already in 1918, that is certainly true. But this does not mean that leaders don’t need moral imagination and have never displayed it.

When in 1962 John Kennedy (JFK) became aware of Soviet missiles in Cuba, his joint military chiefs urged a full-scale invasion of Cuba, but remembering how various powers had stumbled into World War I through "stupidity, individual idiosyncrasies, misunderstandings, and personal complexes of inferiority and grandeur," he resisted invading.

Alarmed by how close the U. S. and U.S.S.R. had come to war in October, ” in June 1963, at an American University commencement, JFK challenged graduates to imagine a new approach to peace and to the Soviet Union.  Historian Robert Dallek has written that “the speech was one of the great presidential statements of the twentieth century.”

In Putin’s own country (the USSR and now Russia) moral imagination was also exercised by one of Putin’s predecessors, Mikhail Gorbachev, who led the USSR from 1985 until its collapse in 1991. Although he is now poorly thought of by most Russians, it is partly because they blame him for the collapse, which Putin has called “the greatest geopolitical catastrophe of the century.” But most Estonians, Latvians, Lithuanians, Ukrainians, and others who gained their freedom because of the fall of the USSR would not agree to that characterization.

To transform the vast USSR after what Gorbachev referred to as an “era of stagnation” required an imaginative leap, and the new Soviet leader provided it. His domestic policy was summed up by three words, glasnost (openness, less censorship), perestroika (restructuring), and demokratizatsiia (democratization). In foreign policy he urged “new thinking” and indicated that backbone of it was that universal human values were more important than class struggle. This policy was central to ending the Cold War and freeing Eastern Europe from Soviet domination, but many who thought like Putin were obviously not happy with either the domestic or foreign consequences of Gorbachev’s policies.

Although there is little doubt that Gorbachev made some mistakes, a good part of Putin’s dissatisfaction stems from his Russian nationalism and narrow-minded background as a KGB officer. In his insightful book on Soviet Civilization (1990), exiled Soviet dissident Andre Sinyavsky writes that when KGB officers interrogated dissidents they often accused them of not being “ours,” that is of not being loyal Soviet citizens. Sinyavsky also quotes a source that claims in “the last twenty-five years’ she has not known one deputy of the Supreme Soviet (theoretically the government’s main legislative body) who “has shown genuine and radical social initiative.”

Put simply, the Soviet system never encouraged moral imagination, especially from KGB officers like Putin. Too bad for the Ukrainians. Really too bad—in fact horrific and tragic. But also too bad for Russians and the rest of the world. Instead of the present horrors occurring in Ukraine, we would have peace, which Kenneth Boulding once said was “ploughing and sowing and reaping and making things . . . and getting married and raising a family and dancing and singing.”