The Environmental and Humanistic Sensibility of Pasternak and Lessons from Dr. Zhivago for Today

Walter G. Moss is a professor emeritus of history at Eastern Michigan University, a Contributing Editor of HNN, and author of A History of Russia. 2 vols.  For a list of his recent books and online publications click here. 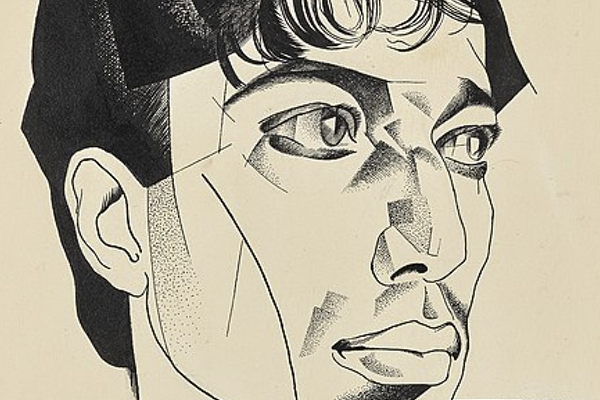 In three previous essays, I first wrote “Anton Chekhov: Environmental Prophet for Our Planet.” Then I contrasted the Russia of the macho war-making Putin with that of the Russian writers Tolstoy, V. Soloviev, Chekhov, and Pasternak. Thirdly, I indicated that Putin’s Ukrainian invasion produced ecocide. In this present article I will consider Pasternak, author of Doctor Zhivago, as a Russian whose environmental sensibilities followed that of Chekhov and who would disdain Putin’s ecocide practices.

That the peace-loving Pasternak should follow in Chekhov’s footsteps should not surprise us. In Zhivago, he has Yuri (Zhivago) state: “What I have come to like best in the whole of Russian literature is the childlike Russian quality of Pushkin and Chekhov, their modest reticence in such high-sounding matters as the ultimate purpose of mankind or their own salvation. . . . Their works, like apples picked while they are green, have ripened of themselves, mellowing gradually and growing richer in meaning.”

It is fitting that Pasternak compares the works of Pushkin and Chekhov to apples because, his main character, Zhivago, is like Chekhov a medical doctor by training who liked to plant trees and other flora (“I think that if I wasn’t a writer, I could be a gardener,” Chekhov once wrote.)

In the middle of Pasternak’s novel, and in the midst of the Russian Civil War, Yuri Zhivago and his family leave Moscow to go the Ural Mountain area of Varykino, where his wife’s family owned a pre-1917 estate.

In his journal, Yuri describes his activities there: “What happiness, to work from dawn to dusk for your family and for yourself, to build a roof over their heads, to till the soil to feed them. . . . So many new thoughts come into your head when your hands are busy with hard physical work, when your mind has set you a task that can be achieved by physical effort and that brings its reward in joy and success, when for six hours on end you dig or hammer, scorched by the life-giving breath of the sky.”

His farming efforts were successful, and he tells us what he and his family had been able to harvest and store: in the basement twenty sacks of potatoes, “two barrels of salted cucumbers and two of sauerkraut prepared by [wife] Tonia. Fresh cabbages hang in pairs from the beams. There are carrots buried in dry sand, and radishes and beets and turnips.” And in the loft, “plenty of peas and beans.”

Later, at the end of the Civil War, making his way back toward Moscow, he passes through many villages. “Half the villages he passed were deserted, the fields abandoned and unharvested as after an enemy raid. Such were the effects of war--the civil war.” He comments further on these “fields silently proclaiming their distress,” on “a plague of mice," on “shaggy village curs, turned wild,” and observes that “deserted by man, the fields looked orphaned as if his absence had put them under a curse.”

Pasternak describes one “deserted, burned-out village” in more detail. “All the houses had stood in one row. . . . Only a few houses, blackened by the fire, were still standing,

but they too were empty, uninhabited. Nothing was left of the others but piles of charred rubble with black chimneys rising out of them.”

Some five centuries ago the Dutch humanist Erasmus described the effects of peace and war on agriculture and the environment. “Peace is at once the mother and the nurse of all that is good for man. . . . Peace shines upon human affairs like the vernal sun. The fields are cultivated, the gardens bloom, the cattle are fed upon a thousand hills, new buildings arise, riches flow, pleasures smile, humanity and charity increase, arts and manufactures feel the genial warmth of encouragement, and the gains of the poor are more plentiful.” But “war, on a sudden and at one stroke, overwhelms, extinguishes, abolishes, whatever is cheerful, whatever is happy and beautiful, and pours a foul torrent of disasters on the life of mortals.”

What Erasmus wrote was still true, as Zhivago observed, when the Russian Civil War pitted the anti-communists against the communists. And it’s still true today as Putin’s military forces inflict ecocide on the Ukrainians. But Pasternak’s environmental sensibility is more profound than just bemoaning war’s destructiveness. For, like our wisest environmentalists, he perceives the oneness of all creation.

As one scholarly book on Russian literature states, “It is my view that Pasternak’s works as a whole [including fiction and poetry] are an expression of this special Russian idea of Sophia– a conviction of a higher unity and wholeness in existence, of a world full of interconnections and linkages uniting humans with nature and the universe.” The Catholic monk, pacifist, and poet Thomas Merton specifically pointed to Doctor Zhivago as “a world in itself, a sophiological world.”

By a “sophiological world” Merton meant a world infused by the religious/philosophical concept of Sophia, an idea that goes way back in the eastern Christian tradition but received new emphasis by the Russian religious philosopher and poet Vladimir Soloviev (1853-1900).

The Byzantine cathedral Hagia Sophia (Holy Wisdom) was the most important church in Constantinople, and (according to a Russian chronicle) its beauty influenced the Kyivan Prince Volodymyr (Vladimir in Russian) in the late tenth century to convert his people to Christianity. In the eleventh century in cities such as Kyiv and Novgorod Rus princes ordered the construction of their own St. Sophia cathedrals. Ironically, on 1 March, 2022 a U. S. newspaper ran the following headline, “Ukrainian Christians fear Russia plans 'aerial attack' on [Kyiv’s] St. Sophia Cathedral,” and the presidents of both the attacking country (Russia) and the one being attacked (Ukraine) shared different versions of the same first name as Prince Volodymyr, who brought Christianity to ancient Rus lands.

In Soloviev’s interpretation of Sophia, he thought of her as “the feminine soul of the world.” He saw history as a process of man and nature falling away from God and splintering into separateness and then eventually reuniting in a higher synthesis. All-oneness with God became the goal of history. And the main means of bringing that oneness about was love. To Merton’s mind, Pasternak’s Doctor Zhivago reflected this Sophia consciousness. (In 1962, Merton himself wrote the poem “Hagia Sophia,” which opens with the following lines: “There is in all visible things an invisible fecundity, a dimmed light, a meek namelessness, a hidden whole-ness. This mysterious Unity and Integrity is Wisdom.”)

But the oneness of creation is not just a religious-philosophical concept, but one shared more broadly by various thinkers, including some environmentalists. In Bringing it to the Table: Writings on Farming and Food  writer/farmer Wendell Berry, for example, writes, “Nature includes us. It is not a place into which we reach from some safe standpoint outside it. We are in it and are a part of it while we use it. If it does not thrive, we cannot thrive. The appropriate measure of farming then is the world’s health and our health, and this is inescapably one measure.”

In both religious mysticism (worldwide) and poetry (think of Wordsworth, Whitman, or Mary Oliver) we often find sentiments akin to the oneness-with-nature concept, as we do in the writings of Transcendentalists like Emerson and Thoreau. We see it in the writing of St. Francis of Assisi’s “Canticle of the Sun,” where he writes of brother sun and wind and sisters moon and water, and where we see his perception of “the basic unity of all creation” and “his unqualified love of all creatures, great and small.” (One of Pasternak’s poems and a book collecting some of them is called “My Sister, Life,” and Merton wrote, “Love and Life . . .  form the great theme of Doctor Zhivago.”) We see a similar worldview with the Native American Black Elk, who stated, “The first peace, which is the most important, is that which comes within the souls of people when they realize their relationship, their oneness, with the universe and all its powers.” The famous scientist Albert Einstein added, “A person experiences life as something separated from the rest–a kind of optical delusion of consciousness. Our task must be to free ourselves from this self-imposed prison, and through compassion, to find the reality of Oneness.”

More specifically, thinkers have often stressed the oneness of all humanity. One book that Merton loved was The Family of Man, which contained photos selected by photographer Edward Steichen from almost 70 countries, meant to demonstrate humanity’s oneness. In the book’s prologue, written by Steichen’s brother-in-law the famous poet Carl Sandburg, we read “Everywhere is love and love-making, weddings and babies from generation to generation keeping the family of Man alive and continuing. Everywhere the sun, moon and stars, the climates and weathers, have meanings for people. Though meanings vary, we are alike in all countries and tribes in trying to read what sky, land and sea say to us. Alike and ever alike we are on all continents in the need of love, food, clothing, work, speech, worship, sleep, games, dancing, fun.” And Sandburg closed the Prologue with a portion of a poem:

The Russian philosopher Soloviev not only emphasized the concept of Sophia but also engaged in extended criticisms of beliefs that divided peoples such as Russian nationalism and antisemitism. In Doctor Zhivago and other works, Pasternak demonstrated a similar mentality. The novel ends with a series of poems that reflect Zhivago’s passage through the fictional pages that precede them. In one poem, “Wedding,” we read “For life, too, is only an instant, / Only the dissolving of ourselves / In the selves of all others.” Another poem “Dawn,” contains these lines, “The nameless ones are part of me. / Children also, the trees, and stay-at-homes.”  Doctor Zhivago exudes that profound realization that we (all humans and the rest of creation) share a commonality. As Wendell Berry realized, we are all part of Nature. As Carl Sandburg realized, men, women, and children in all parts of our planet share many similar needs and wants.

Our biggest present tragedy is divisiveness, caused mainly by dividers like Vladimir Putin and all the truth deniers (e.g., in regard to climate change). Besides Berry and Sandburg, there are many other wise people who have emphasized our oneness with nature and other humans. One of the wisest was from Putin’s own country, Russia, and that was the Doctor Zhivago’s author, Pasternak. Seven years ago Time magazine ran a piece entitled “What Vladimir Putin Could Learn from ‘Doctor Zhivago.’” It failed, however, to mention Zhivago’s realization of the oneness of all creation. That recognition, however, is the greatest lesson Putin could learn from that great novel. If he did so, he would stop his barbaric war against Ukraine and have Russia do more to retard climate change.