Originalism, History, and Religiosity are the Faults of Alito's Reasoning in Dobbs

Robert J. Spitzer is distinguished service professor emeritus of political science at SUNY Cortland. He is the author of sixteen books including The Right to Life Movement and Third Party Politics, Saving the Constitution from Lawyers: How Legal Training and Law Reviews Distort Constitutional Meaning, and The Politics of Gun Control (8th ed.). 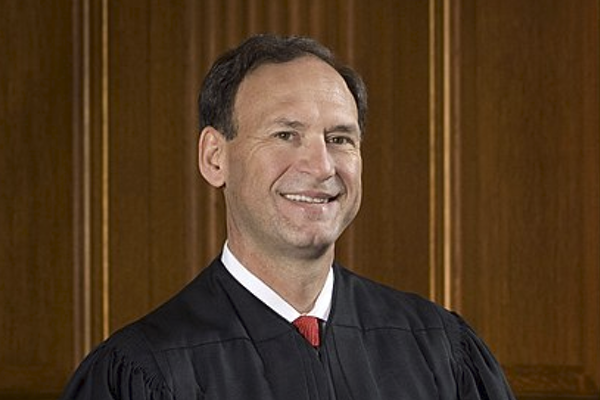 The tumult following the release of the draft majority opinion in Dobbs v. Jackson Women’s Health Organization has thrilled those opposed to abortion, and horrified supporters of abortion rights. Much of the dismay over this opinion, should it prevail when the Supreme Court finally does release its final version, has focused on its profound medical, social, and policy consequences, including its defiance of widespread support for existing abortion rights and arguably even its hostility to democracy itself.

Yet that focus, though understandable, has mostly overlooked the three central tenets of Justice Samuel Alito’s opinion: its adherence to the judicial philosophy of constitutional originalism, its heavy reliance on history, and the role of religion. After all, if Alito’s theory and history are sound, critics would have a much more difficult time dismissing it out of hand because they disliked the outcome.

Constitutional originalism says that judges should interpret the Constitution based on the document’s original intent or “fixed” meaning, filtering out contemporary values and preferences. As Justice Antonin Scalia said, judges should “begin with the text, and to give that text the meaning that it bore when it was adopted by the people.” Constitutional interpretation by this view should avoid contemporary societal values or other similar considerations.

But originalism’s problems are numerous. The Constitution was the product of many hands, and is often vague as to meaning. It often raises more questions than it answers; the framers themselves disagreed not only about the meaning of the document but about how strictly to adhere to its provisions. Some of the framers changed their minds about important matters (chief among those was James Madison). As one analysis noted, “scholars disagree on the original meaning of almost every important constitutional provision.” Moreover, the document under which we have been governed could not have survived had it not it been adapted to modern society and conditions that could not have been anticipated in the eighteenth century.

The initial version of originalism, labeled “Originalism 1.0” by Jonathan Gienapp, soon gave way to a new version, what Gienapp dubbed “Originalism 2.0.” This second version emerged because of the drubbing originalists took at the hands of historians who pointedly and effectively noted that originalists were, frankly, bad historians who seemed more interested in cloaking their ends-oriented jurisprudence in an ill-fitting historical guise than in getting the history right, as best as that could be determined. The term for this, “law office history,” summarizes lawyers’ often-ham-handed treatment of history.

Originalism 2.0 tried to dodge critics by shifting their paradigm to “public meaning,” or “how the words of the document would have been understood by a competent speaker of the language when the Constitution was enacted.” By their account, this meant that historical evidence was now irrelevant to their analysis. They simply needed to study word use in the particular legal context, which was framed as a fairly narrow methodological exercise, not “doing history.” Except of course that it was and is. Moreover, this all assumes that “the words the framers used had settled meanings,” which they did not.

With all this, one need not be an originalist to agree that the past matters, not only for the sake of understanding how we arrived at the present, but because it can contribute important perspective to the understanding of contemporary problems and issues. Still, in the real world, we live in the present, not the past.

That aside, in the case of the Dobbs opinion, Justice  Alito manages to get the history wrong. Alito says in the decision that “a right to abortion is not deeply rooted in the Nation’s history and traditions” and that states operated under “an unbroken tradition of prohibiting abortion on pain of criminal punishment” from its earliest days up to the 1973 Roe v. Wade decision legalizing abortion. Yet that is simply untrue. Alito himself notes in the decision that pre-quickening abortions (those occurring before fetal movement can be detected, roughly at the mid-point of pregnancy) were not criminalized early in American history. He then claims that at the time of the adoption of the pivotal Fourteenth Amendment, added in 1868, 28 of 37 states had criminalized pre-quickening abortions. Yet as former Supreme Court clerk Aaron Tang points out, this is incorrect. In fact, at most 16 of the 37 states had criminalized pre-quickening abortions by this point. Prior to this time, from the colonial period through the early 1800s, pre-quickening abortions were not regulated, were fairly common, and abortion services were even publicly advertised. In the current era, over 95 percent of abortions occur before the sixteenth week of pregnancy. In short, historic practices mostly support contemporary abortion standards, not those proposed by Alito in Dobbs.

Finally, most supporters of abortion rights agree that the key decision is complicated, difficult, and has a moral dimension. But the idea that abortion at any stage is impermissibly immoral and wrong arises from religious beliefs. As Caroline Mala Corbin has written, “the view that an embryo or a fetus is a human being and that abortion is murder is ultimately a religious view.” Yet there is no such thing as religious consensus on this subject. It is well known that the Catholic Church views all abortions as a mortal sin, though that doctrine dates only to 1869, with contemporary fundamentalist Christian sects similarly opposed. But among religions that make allowance for abortions under at least some or most circumstances are the Episcopal Church, Evangelical Lutherans, most Jewish sects (the Orthodox Jewish community is divided), the Presbyterians, Unitarian Universalists, the United Church of Christ, and the United Methodist Church. Non-believers widely support abortion rights. Moral considerations shape the law, but the U.S. is not a theocracy and a policy decision as important as that pertaining to abortion cannot rest solely on the teachings of some religions in a nation governed by a secular government.

Justice Alito wrote in Dobbs that Roe v. Wade was “egregiously wrong from the start.” But that tart conclusion more aptly applies to the draft verdict of the good justice.