Can Sports Realize Frederick Douglass's Ideal of the Composite Nation? 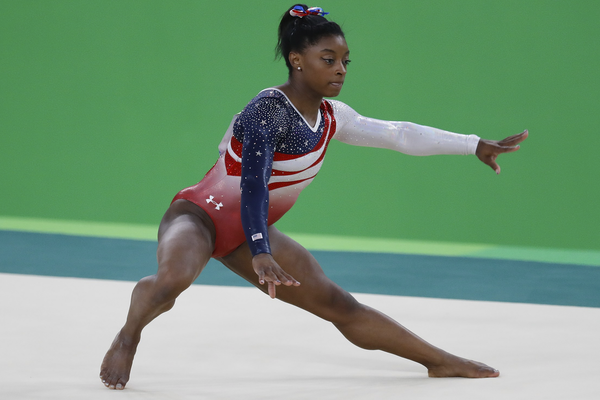 A battle is being fought in the United States over the essential nature of the nation.  Are we a melting-pot country in which minorities, including immigrants, should adapt the ways and customs of a predominantly white Judeo-Christian culture, or should we, as abolitionist Frederick Douglass stated, proudly proclaim ourselves a “composite nation” of diverse peoples “of all races and of all creeds, and . . . men of no creeds”?

And we are not the only country fighting this battle. A recent New York Times piece declared “Soccer Success Is Making England ‘Whole Again.’” “Whole Again”--ah, if it were only so easy to unite a multi-ethnic country. Even one like England, less ethnically diverse than the USA--note the article refers to “England” not to the more complex Great Britain or United Kingdom. For according to the 2011 census, English Asians comprised only 7.8 percent of the population, and English blacks only 3.5 percent. In the USA the minority population is much larger. According to 2019 Census Bureau estimates, 18.5 percent identify as “Hispanic or Latino,” 13.4  as “Black or African American alone,” 5.9 as “Asian alone,” and 2.8 as “two or more races.” Native Americans, who once ruled over our land, are now less than 2 percent.

But back to the main point of the article. On the eve of the European soccer championship, it reported that millions of English fans would be “glorying not just in the team’s success,” but “as a microcosm of a nation seemingly more enthusiastic about its evolving identity as a more tolerant, multiracial and multi-ethnic society than is often suggested.” For most of the team's players are children or grandchildren of minorities born outside England, and members of the team have advocated for such causes as racial justice and aiding impoverished children. Although some conservatives criticized team members for such gestures as taking the knee before matches, as the team kept winning even Conservative Prime Minister Boris Johnson was seen wearing a team jersey.

Yet England lost the European soccer championship to Italy (falling by 3-2 on penalty kicks after the match tied at 1-1), and it’s iffy how long being made “whole again” will last. After the loss, many hundreds of racist posts appeared on English social media targeting the three players (all Black) who missed their penalty kicks. (Prime Minister Johnson’s response: “To those who have been directing racist abuse at some of the players, I say shame on you and I hope you will crawl back under the rock from which you emerged. . . . this entire team played like heroes and I’m sure that this is just the beginning of their achievements.”)

Despite the racist posts, however, it does seem that supporting one’s sports team can help bring people together, across social, educational, and political divides, and not just in England. Moreover, such teams are often racially and ethnically diverse.

Frederick Douglass, of course, was a U. S. citizen, and his advocacy of composite nationhood was meant especially for us. Thus, how have and will sports contribute to unifying the USA?

In a 2017 article “Who Are We?” conservative columnist Ross Douthat indicated that many of President Trump’s followers preferred “the older narrative” of U.S. history, the one that glorified Columbus, the Pilgrims, the Founding Fathers, Lewis and Clark, and Davy Crockett, the one that emphasized the melting pot (not diversity), and the U.S. Christian tradition (not separation of church and state, and certainly not any secularist thinking).

In late 2020 another columnist, Thomas Edsall, wrote, “Roughly speaking, Trump and the Republican Party have fought to enhance the status of white Christians and white people without college degrees . . . . Biden and the Democrats have fought to elevate the standing of previously marginalized groups: women, minorities, the L.G.B.T.Q. community and others.

Signs of this fight are all around us from the siege of the Capitol building on January 6,  to right-wing opposition to Critical Race Theory and the 1619 Project, both of which emphasize the role of slavery and white supremacy in U. S. history. A June 2021 government report on domestic terrorism declared, “Among that wide range of animating ideologies, racially or ethnically motivated violent extremists (principally those who promote the superiority of the white race) and militia violent extremists are assessed as presenting the most persistent and lethal threats.”

Way back in 1959 historian Carl Degler in Out of Our Past wrote the “metaphor of the melting pot is unfortunate and misleading. . . . American civilization is not homogeneous and uniform; it is diverse and pluralistic.” More recently, in her These Truths: A History of the United States (2018) Jill Lepore praised Douglass’s concept of a “composite nation” as a “a strikingly original and generative idea, about a citizenry made better, and stronger, not in spite of its many elements, but because of them.”  Yet, despite these historians’ preference for our being a composite nation rather than a melting pot, many Trump supporters continue to resist our multi-ethnic essence.

Sports, however, have acted like the sharp point of a knife piercing the myth of white supremacy and dominance. From 1947, when Jackie Robinson became the first African American to play in the Major Leagues to July 2021, when former Japanese (and now Los Angeles Angels) baseball player Shohei Ohtani made history by being the first player to be chosen for the All-Star Game as both a position player and a pitcher, sports have showcased the grace and beauty of our composite nation.

Think about it: Jackie Robinson, born in Georgia, the grandson of a slave, and Shohei Ohtani, born of the same ancestry as more than 127,000 people who were imprisoned in U. S. camps in World War II. And yet when Robinson helped the Brooklyn Dodgers win the National League pennant several times, and even the World Series in 1955, all sorts of Brooklyn fans, even bigots, rooted for him, just as all sorts of Angels fans today root for Ohtani to strike someone out or hit a home run.

Mention of the African American Robinson and the Japanese Ohtani calls to mind a golfer who is predominantly Black and Asian, but also Native American and White-- Tiger Woods, the dominant male golfer of the first two decades of the twenty-first century. How proud the African American Douglass would be of his success, he the abolitionist who when opposition to Chinese immigrants was widespread wrote, “Do you ask, if I favor such immigration, I answer I would. Would you have them naturalized, and have them invested with all the rights of American citizenship? I would. Would you allow them to vote? I would. Would you allow them to hold office? I would.”

And words about Asians and about golf, lead me to mention that eight of the last ten U.S. Women's Open Championships have been won by Asians. Moreover, the abolitionist Douglass not only criticized racial but also gender discrimination.

In the three major U. S. sports--football, basketball, and baseball--the percentage of men of color (primarily Blacks and Latinos) in 2020 (NFL, 74%; NBA, 83%; MLB, 40%) was higher than their percentage of the U. S. population. (In women’s professional basketball, the WNBA, the percentage was similar to the NBA.) And like the English soccer players, they have often spoken out against racial injustice. In August 2020, for example, after a police shooting of a Black man, Jacob Blake, almost a dozen, MLB, NBA, WNBA, and Major League Soccer games were canceled because athletes refused to play. (See here for former NBA great Kareem Abdul-Jabbar on earlier athletes’ activism.)

The high percentage of people of color in professional sports and their frequent outspokenness does not mean that all sports discrimination has disappeared, including that against women. But various realities and measures such as Title IX of the Education Amendments of 1972, prohibiting sexual discrimination, have reduced the former world of white male sports dominance. Think, for example, of 1996 and the U. S. enthusiasm over women's soccer when Team USA won the first gold medal in that sport.

As the world now prepares for the Tokyo Olympics, many U. S. fans of various political beliefs will be rooting for someone Time magazine  labels the “best gymnast [male or female] ever,” Simone Biles. Her performances are indeed phenomena of grace and delight. The African American Biles’ adoptive mother was born in Belize.

Watching her or the muti-talented Shohei Ohtani reminds us once more of something that has long been apparent--white supremacy is a myth.