History, Evidence and the Ethics of Belief 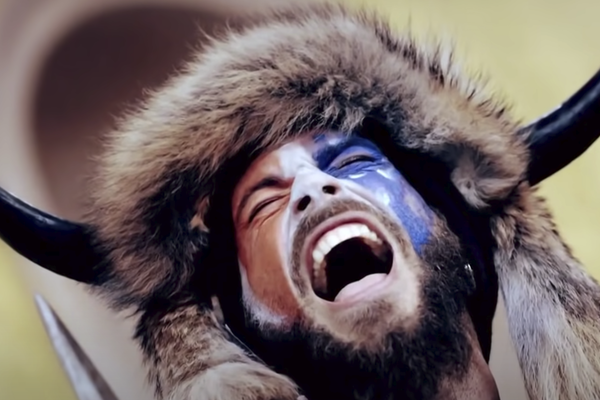 In his 1874 paper “The Ethics of Belief,” Cambridge philosopher and mathematician William K. Clifford tells the story of a shipowner who worried about the seaworthiness of a vessel about to carry a group of emigrants to their new lives across the ocean: “He knew that she was old, and not overwell built at the first; that she had seen many seas and climes, and often had needed repairs.” However, he was able to dismiss these concerns from his mind and “put his trust in Providence” and watched the departure of the ship “with a light heart.” In the end, “he got his insurance money when she went down in mid-ocean and told no tales.” Clifford concludes that our fictional shipowner should be judged guilty of the deaths of these people: “It is admitted that he did sincerely believe in the soundness of his ship; but the sincerity of his conviction can in nowise help him, because he had no right to believe on such evidence as was before him. He had acquired his belief not by honestly earning it in patient investigation, but by stifling his doubts.”

While devout believers of missionizing religions do typically consider the personal belief of others a matter of ethical concern (is it ethical to let people go to hell?), most of us on the more pluralistic end of the spectrum tend to be accommodating of the diversity of worldviews out there, even the intolerant ones, given the inherent rights we ascribe to individuals. But many personal beliefs today do endanger us collectively. During the COVID-19 pandemic, people exhibiting a range of beliefs have resisted even the slightest public health efforts to control the spread of the disease—or have torn down 5G towers they believe to be causing the pandemic. Anti-vaxxers believe without evidence that vaccines, by their very nature, cause health problems. As a result, the nation has recently undergone several outbreaks of measles, and millions of Americans are likely to refuse any vaccine for COVID-19. The cry of “religious freedom” now serves to rally those who would deny public accommodations to non-heterosexual people, just as in decades past the cry of “religious freedom” served to rally those who wanted to keep their schools segregated, and in both cases these proponents of “religious freedom” believed without evidence that the nation would experience divine calamity for extending basic rights to gays and non-whites, respectively. Veritable reigns of terror, personal and political, have been fashioned from deeply held beliefs unsupported by the slightest whisper of evidence, as the parents of Sandy Hook victims can well attest. And now, Donald Trump and his followers, on a basis of a belief (one not supported by any evidence) that he actually won a landslide election, are willing to tear this nation apart and murder Americans en masse.

Clifford would argue that people like climate change denialists and Pizzagate enthusiasts have no right to their beliefs, not simply because these beliefs do not accord with the evidence at hand, but because these beliefs can and do cause harm to other people. It is a radical notion—the idea that a belief which has an impact beyond the individual must withstand the encounter with reality in order to be considered ethical. As Andrew Chignell puts it in the Stanford Encyclopedia of Philosophy, “Clifford’s view is not merely that we must be in a certain state at the precise time at which we form a belief. Rather, the obligation always and only to believe on sufficient evidence governs our activities across time as well. With respect to most if not all of the propositions we consider as candidates for belief, says Clifford, we are obliged to go out and gather evidence, remain open to new evidence, and consider the evidence offered by others.”

We in the business of historical analysis discourse a great deal, in our own professional work but also in various popular forums, about the nature of evidence, especially when confronting those who would misconstrue the events of the past. This past year, historians have publicly marshaled the facts about, among other things, the nature of the Confederacy (against those who insist that monuments to traitors Robert E. Lee et al. have nothing to do with slavery) and the longstanding utility of public health measures (against those who claim that mask mandates are a novel form of oppression, even during a pandemic). However, despite an unprecedented level of engagement with the public, and despite it being easier now to share over digital platforms the many primary documents that inform our studies, historians are frequently frustrated by the persistence of beliefs that resist any evidence whatsoever.

But then, the founding mythos of the United States leans heavily into the idea of “freedom of religion,” and so we accord a privileged status to belief. Such belief, as we regard it, need not be grounded upon specific facts or principles—it need only be sincere. For example, after sharing with certain relatives my recent HNN article, “A Modern-Day Lynch Mob Invaded the Capitol on January 6,” an aunt of mine, who has one of John McNaughton’s hagiographical prints of Donald Trump up on her wall, texted me back thusly: “I believe everyone is entitled to their views. I would never try to belittle you for yours and I expect the same from you.” On the surface, this may seem like quite the statement of tolerance, especially from someone so long part of the “Fuck Your Feelings” crowd, but such a view does not simply discount the evidence underlying any assertion—it claims that evidence is not necessary for the formation of a belief and insulates from criticism any belief so developed. She expects—even demands—never to be belittled for any belief she may hold, no matter how ridiculous.

With our nation undergoing a series of crises—with the whole damn world in crisis right now—we must be willing to take the next step in our confrontations with a worldview that insists upon freedom from fact and make not only historical judgments but also ethical ones. Clifford, remember, concluded that his fictional shipowner “had no right to believe on such evidence as was before him.” And so must we take a stand and say the following to those whose worldviews that 1) have no basis in reality as can currently be determined, and 2) actively harm people beyond the individual adherent:

You do not have a right to your belief.

For our nation to survive, we must make this the new measure of citizenship. An engaged citizen must not merely be one who takes an active role in the public discourse. An engaged citizen must be, instead, one whose views and suggested policies are grounded in reality. Sure, we can continue to debate the significance of certain forms of evidence—historians and scientists do that all the time, and new evidence regularly emerges to challenge our previously held worldviews. But we can no longer afford to give a privileged place to beliefs just because they are beliefs. Our democracy, our world, will simply not survive it.