Greg Bailey is the author of the forthcoming The Herrin Massacre of 1922: Blood and Coal in the Heart of America. 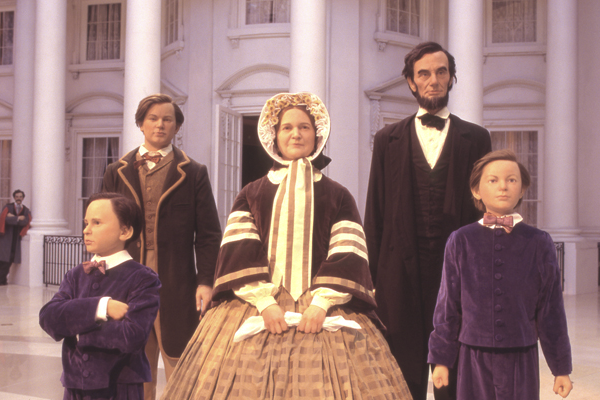 Abraham Lincoln Presidential Library and Museum
History is often violent, disturbing and messy. It is that way because people are often violent, disturbing and messy, and history, if it is honest and accurate reflecting actual reality, shows us as we are, not as we pretend or prefer to be.
Pretending bad things didn’t happen in the past doesn’t make them go away: it only cheats us of the truth. Knowing the truth, however ugly, is the core value of history. Sugarcoating or suppressing history is an assault on the truth about ourselves and the past that created the present.
The issue has recently come to a stark test at the Abraham Lincoln presidential library and museum in Springfield, Illinois. The museum paid $70,000 to the International Spy Museum to display the spy museum’s travelling exhibition “Spies, Traitors, Saboteurs, Fear and Freedom in America. The exhibition, which has already been featured at four other presidential libraries, the Oklahoma City memorial, the Underground Railroad center, and two history museums in Chicago, includes pieces of the airplanes that hit the Twin Towers along with displays of the burning of the White House in the War of 1812 and other acts of war and violence in our past. Also among the items is a Ku Klux Klan robe and hood.  Before it opened the Lincoln museum offered the local NAACP a preview of the exhibition. The civil rights group reacted by demanding that the museum be cancelled and threatened to picket if they did not get their way. The museum immediately caved in and cancelled the entire exhibition.
The NAACP was born in the midst of lynchings and other violence much of it at the hands of the Ku Klux Klan. Its history is tied to the ugliest aspects of our history. The NAACP and other civil rights groups took on and beat the Klan and it sympathizers. But now, apparently, even looking at a piece of clothing in a display case is too offensive to be allowed.  Instead of confronting and learning from history, the group now prefers to pretend it never happened. Most egregiously young people who thankfully have never seen an actual Klansman are now denied an opportunity to see a relic of the horror from which they emerged as free and equal citizens.
The issue has also come to prominence in the recent death of the great American hero John Lewis. In 1965 Lewis and others led a march in Selma, Alabama. At the Edmund Pettus bridge the protestors were attacked by police, one nearly killing Lewis. With his death and his final trip across the bridge there is an effort to rename the bridge for Lewis, removing the name of the Confederate general and later grand wizard of the Ku Klux Klan. While it is an admirable movement it would distort the meaning of what Lewis and others were protesting that day.
Future generations need to know the full extent of the evil the protestors faced that day. Removing Edmund Pettus’s name and reducing it to a footnote would diminish the incredible act of bravery it took to challenge that oppression. It is an altogether different proposition to remove, as they should be, the statues and monument to traitors like Jefferson Davis and Robert E. Lee. They will forever live in history. Edmund Pettus needs to be remembered for the evil he stood for and how it was defeated a century later.
In order to learn from history we must see it warts and all. You cannot understand the pain and purpose that constitutes our heritage by hiding. We cannot protect ourselves from our history without deluding ourselves and others entitled to the full, hard truth. Distorting history is dangerous, a danger we cannot survive.
comments powered by Disqus