No More Business as Usual! It’s Time for Joe Biden to Defend our Democracy 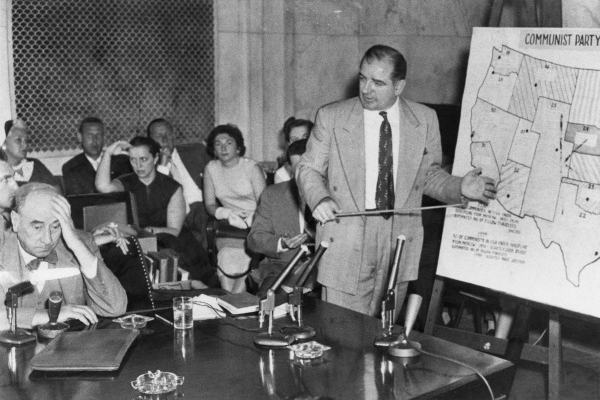 In 1996 Recep Tayyip Erdogan, now the de facto dictator of Turkey, likened democracy to a streetcar.   “When it arrives at your stop, you get off.”  In 1928, a few years before Adolf Hitler seized power, Joseph Goebbels announced, “We come as enemies!... As the wolf attacks the sheep. That’s how we come.”

Leaders with authoritarian instincts typically do not disguise their intentions. Their bravado stems from the loyalty of their base, but more importantly, the belief that defenders of democracy will succumb without a fight.

Donald Trump does not claim to be a dictator, but he behaves as if he already wields unchecked authority.  Will Joe Biden fight?

In recent weeks, President Trump fired fired five inspectors general, career civil servants, who are appointed by the president to ferret out administrative and criminal cases of waste, fraud, mismanagement, and misconduct in executive agencies.  The first, on April 3, was Michael Atkinson, inspector general for the intelligence community, who last year judged the anonymous whistleblower’s complaint as "urgent" "credible," and worth investigating.  Next, on April 7, came Glenn Fine, acting inspector general of the Department of Defense who chaired the committee charged by Congress to investigate fraud in the $2.2 trillion pandemic-related programs.  On May 1, the president fired Christi Grimm, Principal Deputy Inspector General of Health and Human Services, after she reported serious supply shortages and testing delays at hospitals during the coronavirus pandemic. Then Steve A. Linick, inspector general of the State Department was dismissed last Friday. Linick’s firing may be linked to his inquiry into Mike Pompeo’s misuse of staff for personal tasks. Or it may have been a response to two investigations related to Saudi Arabia: Pompeo’s approval last year of billions of dollars in arms sales to Saudi Arabia in defiance of Congress and an effort, originally led by General Michael Flynn, to bypass established channels and export nuclear technology to Saudi Arabia.  The fifth dismissal, on May 15, removed career civil servant Mitch Behm from his post as Acting Inspector General of the Department of Transportation and Safety (DOT).  Behm was reported to be investigating conflicts of interest related to Elaine Chow, Secretary of the DOT and wife of Mitch McConnell.  His replacement, Howard R. Elliott, is the Administrator of the Pipeline and Hazardous Materials Safety Administration (PHMSA) and reports to Elaine Chow, Secretary of the DOT.  Because Elliott will remain in his first job while overseeing the DOT in his new position, he will report to the head of the department he is inspecting.

All five inspectors general were fulfilling their duty either to protect Americans from a pandemic or to curtail executive authority. These dismissals sent up warning flags about the fragility of our democracy. They show, yet again, that Trump expects officials to put loyalty to him above the law.

History has many examples of heads of state who demand unconditional obedience, but they are kings and dictators, not presidents of a robust democracy. Trump’s extreme behavior offers Joe Biden a chance to demonstrate the leadership skills he says the nation needs.

Until the latest revelations about Linick’s firing, Biden displayed little concern about the purge.  The basement-bound Biden continued his benign stance and assured us that, “Our best days still lie ahead.” He smiled and modeled decency, while describing a smorgasbord of 35 proposals aimed at specific demographic and interest groups. By campaigning as not-Trump, Biden allows his rival to frame the conversation while he plays catch up.  No wonder Trump gloated after a Biden speech, ‘’When a man has to mention my name 76 times in his speech, that means he’s in trouble.’”

In the “war room” of the Democratic National Committee, too, it was business as usual. Staffers hyped debate about Biden’s likely running mate and announced a new digital initiative, the soul squad, honoring Biden’s promise to restore the country’s soul.

Yet, to restore our soul, we need a robust democracy.

The time has come for Joe Biden to convert his basement into a command bunker and make the war room live up to its name.  On Sunday he declared, “We’ve got to demonstrate respected leadership on the world stage.”  Democrats need that leadership now, as the President continues to purge high officials who speak the truth – justifying such purges by ranting incoherently about the “worst crime in history.”

Others are modeling civil courage.  Over 2,000 former members of the Department of Justice and FBI called for William Barr’s resignation.  On Saturday Department of Justice Inspector General Michael Horowitz issued an unqualified rebuke of his boss, President Donald Trump for firing Atkinson. Biden could also take a page from Senator Chris Murphy.  “Using foreign aid to destroy rivals. Weaponizing the judiciary. Firing all the inspectors general. Democracies begin to die when a leader starts to destroy the limits on his power, and his faction decides that he is more important than the republic. Welcome to that moment.”

Joe Biden can take his place in a revered American tradition of patriots who stood up to demagogues.  Think of Joseph Welch, the attorney for the U.S. Army in 1954 when Senator Joseph McCarthy leveled unfounded charges of Communist infiltration in the highest levels of the government. Defending the Army against libelous accusations, Welch said. “Looking at you, Senator McCarthy, you have, I think, sir, something of a genius for creating confusion—creating a turmoil in the hearts and minds of the country…. Have you no sense of decency?"   McCarthy’s reign of fear was finished.

Turkey in 1996 and Germany in 1928 had only briefly experienced liberal democracy. By contrast, as the Joseph Welch example reminds us, the United States has a distinguished tradition of resilient patriotism. If he rallies Americans to defend our democracy, Joe Biden can take his place in that tradition.