Jillean McCommons is a PhD student in the Department of History at the University of Kentucky. She can be reached at jillean.mccommons@uky.edu 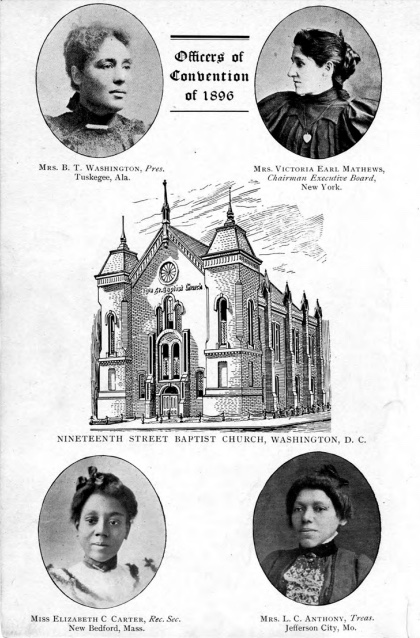 On December 12, 2017, Black women voted overwhelmingly for Democrat Doug Jones in his Alabama senate race against Republican candidate Roy Moore. Black women made up 17% of voters compared to white women who made up 31%. While 63% of white women voted for Moore— a man accused of sexual abuse and harassment by numerous women during their teenage years— 98% of black women voted for Jones, helping him to win by a slim but decisive 1.5% margin. Without the support of black voters, Jones would have lost the election, and Roy Moore would have been elected to the United States Senate. This would have had a detrimental effect on the lives of black Alabamians. In September, Moore declared that his support of Trump’s promise to “Make American Great Again” would involve a return to a time when slavery was legal and women had yet to win the franchise. Black women stopped him from winning the senate race.

The voting power and progressive political thought of black women is an old tradition. In the United States, their history of participation in the passing of the nineteenth amendment has been lost in debates about whether the amendment helped them or was largely a victory for white women. What these debates often leave out is the history of black participation in the suffrage movement. From the days of its inception black women decided they would not be left out. The historical record indicates that it was not an allegiance to white suffragists that determined whether black women participated, nor was it Republican Party loyalty. These assertions negate the intellectual work black women did to make political choices. Black suffragists spoke for themselves to win the vote for themselves. This was done to win freedom from racism, classism and sexism.

Black women have always pushed the country to live up to that ideal. Their standing at the intersection of the most marginalized communities in the country ensures that, as they rise economically, politically, and socially, other marginalized communities will rise as well. In her 1998 book, African American Women in the Struggle for the Vote, 1850-1920, historian Rosalyn Terborg-Penn points out that black women began their struggle for voting rights while enslaved as abolitionists and after Emancipation as active participants in the women’s suffrage movement. Debates about the voting power of black women began before the nineteenth amendment, and black women in Colorado, Illinois, and California voted in local elections.

In the 1920 presidential campaign, Warren G. Harding sought the support of black women. Lethia C. Fleming, Mary B. Talbert, and Mary Church Terrell were some of the black women involved in that campaign. Black women were also running for political office as early as 1920. In Seattle, Washington, Mrs. W. L. Presto was a candidate for the Washington state senate. Terborg-Penn makes a crucial point about the political thought of black women in the 1920s. Black women were already “reflecting the growing socialist movement among intellectuals and professionals of the times.” Black women were fighting for voting rights as women, black people, and progressives. Once we understand their political strategies today, we can get closer to supporting them in their intentions to improve conditions for themselves and other women, the black community, and economically marginalized people nationally.

Black women continued to make a space for themselves in the political arena. The life and work of Fannie Lou Hamer decades after the suffrage movement demonstrates that by the mid twentieth century black women in the South were still struggling for the right to vote unharmed and unhampered. Her speech at the 1964 Democratic National Convention shows that black women in the South were also struggling for representation in the Democratic Party. Her brave declarations and the larger Civil Rights Movement, made up significantly of black women across the nation, pushed President Lyndon B. Johnson to sign the Voting Rights Act of 1965. This protective legislation led to more black women voting, and in places where black people made up the majority, black women were elected to office. Hamer was a member of the first policy council of the National Women’s Political Caucus along with another black woman who was especially committed to exercising her right to run for political office: Shirley Chisholm.

Shirley Chisholm won office in New York State as an Assemblywoman in 1964. Four years later, she became the first black congresswoman in 1968 where she served for seven terms. In 1972, Chisholm became the first black woman to run for the office of President of the United States. Historian Anastasia Curwood describes the political thought of Chisholm in her 2015 article, “Black Feminism on Capitol Hill: Shirley Chisholm and Movement Politics, 1968-1984.” Curwood notes that Chisholm understood the unique position black women held as black, female, and for a large part of the community, working class. Chisholm referred to this position as “twin jeopardy,” a term influenced by Frances Beal. Throughout the 1960s and 1970s black women were political thinkers and actors.

People of color, poor people, and women account for the majority of people in this country. As black women vote and advocate for the candidates with their interests in mind, and as people trust their choices, the country will be pushed further to the political left. So, it isn’t so much that black women “turn out” to vote. It is who they choose, their political agenda, the political party that shares their agenda, and the savvy way with which they cast their votes. It isn’t just that black women vote, it is that they choose freedom. They choose freedom for themselves and for anyone affected by race, class, and gender in this country. Organizations like Higher Heights are aware and calling for others to go beyond being excited to directly supporting black women. Black women must be recognized beyond the times they turn out to vote. That recognition must extend to change.