There’s Yet Another Way We Can Deal with Confederate Monuments

Philip Gerard is the author of twelve books, including Cape Fear Rising, a novel of the white supremacist coup of 1898. 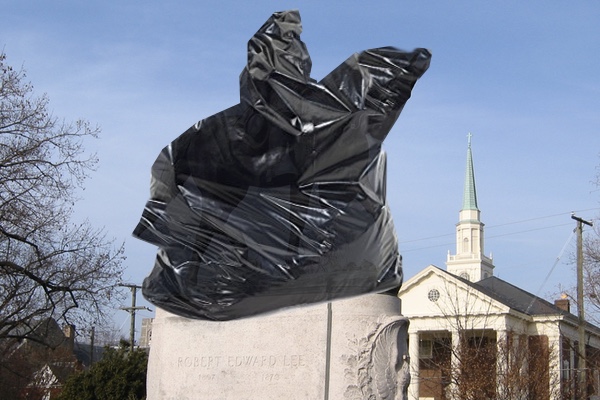 My wife Jill and I have long-time ties to Charlottesville, where she taught community college for many years, and which we have come to associate with music and art and a very welcoming civic culture. So we watched with especially acute horror and sadness as the white supremacist violence of August 12 played out on the news: well-armed Nazis and self-styled “militias” invading a peaceful university campus, then moving on the town, terrorizing a whole community—galvanized by opposition to removing a statue of a slave-holding Confederate general. 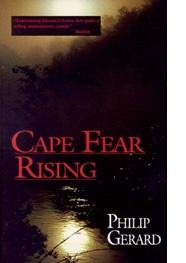 That statue—Gen. Robert E. Lee towering over the neat sloping lawn on a warhorse—became their rallying point, their symbol.

A couple of weeks later we were downtown and could not help visiting the park where the statue stands—now shrouded in black tarpaulins. We watched dozens of visitors photographing the draped statue with the air of pilgrims approaching a shrine—not to the dead Confederate general but to the memory of Heather Heyer, murdered on the street that awful day, and the other victims of the attack.

There was something haunting and evocative about the monolithic black form, rising like a haint, a thing to be shrouded and kept out of the daylight, and it inspired this thought: Rather than take down the statue, why not commission an artist to cover it with a real drape—a permanent drape of black metal, memorializing the decision of a decent community to rid itself of a potent symbol of white supremacy?

This permanent drape would be both a political statement—as the erection of the original statue was—and an artistic one as well.

Just as history is a palimpsest, one event overlaid on the last, one culture building on the foundations laid by another, this new statue—the Draped Rider—would signify that, while we can move on from the past with greater enlightenment and the determination to act bravely and humanely, we cannot forget the ugly deeds that too often played a role in our national creation: in particular slavery, and then the fratricidal Confederate war to maintain it.

The resulting work of art would be powerful: both abstract in form and representational of the deeper racism hidden just below the surface of American life that all too often rears its ugly head. The draped statue would consign the symbolic general to oblivion and at the same time remind us to remain on guard for what lurks beneath that drape. Beneath the oversized drape, the onlooker would be able to make out the outlines of a rider and horse, the shape of the benighted culture of hate.

A plaque could state this intention in plain terms and memorialize Ms. Heyer and the other victims, and the black drape would signify our collective grief—and remind us to be forever vigilant lest that rider again escape his shroud.