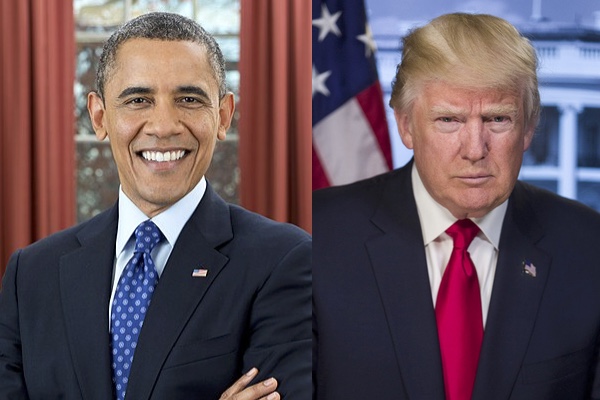 Conservatives like to talk about virtues. In 1993 William Bennet’s The Book of Virtues appeared five years after the end of his stint as Ronald Reagan’s secretary of education. In 1994 historian Gertrude Himmelfarb, of the conservative Kristol family, praised the virtues of the Victorians in her book The De-Moralization of Society and decried the decline of virtues in the twentieth century. The first chapter (more than 80 pages) of Bennet’s book is entitled “self-discipline,” and Himmelfarb praised that virtue in the Victorians.

How ironic it is then that President Obama, the bane of conservatives, possessed an abundance of self-discipline, and President Trump, who most conservatives (including Bennet) favored over Hilary Clinton, possesses almost none. Whatever Clinton’s failings, she was not far from the truth when she declared last July that Trump has “no self-discipline, no self-control.”

The ancient Greek philosopher Aristotle thought that political leaders should exercise practical wisdom (phronesis) or prudence. He considered temperance (i.e., moderation, self-restraint) and self-discipline two of the most important virtues required for such wisdom. He believed that the two virtues should help us regulate what he called “the appetitive faculty,” which deals with our emotions and desires: “The appetitive element in a temperate man should harmonize with the rational principle,” for “the temperate man craves for the things he ought, as he ought . . . and when he ought.”

Many modern scholars list some variants of temperance and self-discipline among their practical wisdom values. One of the twentieth-century’s most prominent commentators on political wisdom, Britain’s Isaiah Berlin (1909-1997), viewed temperance as an important political virtue, and he connected it to humility and tolerance—neither of which Trump displays. And in his “Two Concepts of Liberty,” Berlin wrote, “Freedom is self-mastery.”

Barry Schwartz and Kenneth Sharpe in their Practical Wisdom: The Right Way to Do the Right Thing (2010) state that such wisdom is greatly needed if we Americans hope to deal successfully with our growing disenchantment with political and other institutions. The authors quote Aristotle and give the example of a man practicing practical wisdom and mention that “he had the self-control—the emotion-regulating skills—to choose rightly.” (See here for a review of the book.)

Psychologist, futurist, and editor of The Wisdom Page Tom Lombardo also stresses the importance of temperance and self-control. In his new book on Future Consciousness he notes that “both East and West have revered the ideal of temperance and balance,” and he includes both as “character virtues of wisdom and heightened future consciousness.” Moreover, he includes a whole chapter (of 45 pages) on “Self-Control and Self-Responsibility.” In it he cites favorably two authors who claim that “most human problems are due to a lack of self-control.” He also states that “we cannot flourish without self-responsibility, self-control, and . . . . one of the most unethical forms of thinking and behavior in life . . . is to abdicate self-responsibility and self-control in ourselves.”

In his pre-presidential The Audacity of Hope, Barack Obama praised such virtues as moderation and self-control. About such values as self-improvement, discipline, temperance, and hard work, he wrote that “these values are rooted in a basic optimism about life and a faith in free will. . . . Our system of self-government and our free-market economy depend on the majority of individual Americans adhering to these values.”

Many observers of Obama have commented on his own temperance and self-discipline. James Kloppenberg mentions that already as an undergraduate at Columbia University the “moderation that has become his trademark was already apparent.” A National Public Radio (NPR) program on him a few months before he was elected president stated that his “temperament is famously unflappable” and that his campaign mantra was “No Drama Obama.”

In Inside Obama’s Brain (2009), journalist Sasha Abramsky talked to over a hundred people who knew Obama and reported that “during the election campaign Obama almost never got upset, or panicked, by day-to-day shifts in momentum, by the ups and downs of opinion polls.” Almost a year into his presidency, Abramsky refered to the president as “a voice of moderation in a corrosively shrill, partisan political milieu.”

In December 2011, as part of the ongoing competition to gain the Republican nomination for president in 2012, Mitt Romney suggested that Newt Gingrich was a “loose cannon,” unlike himself . . . and did not possess the temperament to be president. He also said that “zany is not what we need in a president,” and “a leader needs to be someone of sobriety and stability and patience and temperance.” After quoting these words, New York Times columnist Gail Collins wrote, “Perhaps Romney was worried that all those even-keeled virtues sounded too much like Barack Obama.”

Up until the end of his presidency, Obama maintained his self-control and temperance. As a Huffington Post piece noted in 2016, he “has been the model of temperance in office on all fronts.” The same article stated that “an angry Donald Trump in the White House would be catastrophic and only accelerate America’s decline, especially in the capacity of Commander-in-Chief, brandishing the sword in a tinderbox world. The way to an American Renaissance is through a new Enlightenment, not anger and bombast.”

Now, after more than a half-year of Trump’s presidency, it is clear indeed that his anger, bombast, and lack of self-control have injured our country. Many of his followers admire Trump’s willingness to defy political correctness and say what he is thinking. But he is not an original thinker, brimming with new and creative ideas and unafraid to speak the truth, but rather like the guy described in George Saunders’s decade-old essay “The Braindead Megaphone”:

A guy walks in with a megaphone. He’s not the smartest person . . . or the most experienced, or the most articulate.

But he’s got that megaphone.

Say he starts talking . . . What happens? Well, people turn to listen. It would be hard not to. . . . Some are agreeing with him, some disagreeing — but because he’s so loud, their conversations will begin to react to what he’s saying. . . .

His main characteristic is his dominance. He crowds the other voices out. His rhetoric becomes the central rhetoric because of its unavoidability.

Moreover, Trump is hardly a truth-teller. As a New York Times piece cataloguing his lies has declared, “There is simply no precedent for an American president to spend so much time telling untruths.” (An earlier Politico essay similarly stated, “The sheer frequency, spontaneity and seeming irrelevance of his lies have no precedent.”)

Just as many individuals have commented on Obama’s self-discipline and temperance, so too have many remarked on Trump’s lack of these virtues. It is hardly surprising that more liberal New York Times columnists like Gail Collins and Charles Blow have called attention to these Trump’s deficiencies, but so too have the more conservative columnists David Brooks and Ross Douthat.

In June 2017, after one of Trump’s temperamental tweets, Collins wrote, “Every time one of these tweeting disasters occurs, it reminds us that the United States president has no more discernible self-control than a 10-year-old bully who works out his failure to pass third grade by tormenting the little kids on the playground.”

A few months later Blow wrote in “America’s Whiniest ‘Victim’” about Trump’s failure of self-responsibility, how he is always blaming others and complaining how unfairly he is treated, such as saying, “No politician in history . . . has been treated worse or more unfairly.” As Lombardo states (see above), “one of the most unethical forms of thinking and behavior in life . . . is to abdicate self-responsibility and self-control,” which are linked.

In May 2017, Brooks stated: “At base, Trump is an infantalist. There are three tasks that most mature adults have sort of figured out by the time they hit 25. Trump has mastered none of them. Immaturity is becoming the dominant note of his presidency, lack of self-control his leitmotif.”

Two months later, Douthat opined about Trump: “He is nonetheless clearly impaired, gravely deficient somewhere at the intersection of reason and judgment and conscience and self-control. . . . This president should not be the president, and the sooner he is not, the better.”

Even some conservative politicians and operatives have criticized Trump for his lack of self-control. A few months ago, Karl Rove, a former senior adviser to President George W. Bush, insisted that Trump “lacks the focus or self-discipline to do the basic work required of a president.” At about the same time former Republican senator Tom Coburn (R-OK) declared “The question is, does he have the self-discipline and some control over his ego to be able to say ‘I’m wrong’ every now and then? I haven’t seen that.”

In connecting Trump’s lack of self-control with his colossal egoism, Coburn makes an important point. For it is Trump’s narcissism and lack of humility that are his chief faults and hinder him most from being even a mediocre president.

In addition to his temperamental tweets, two recent happenings, Trump’s August 15th press conference in New York and his political rally in Phoenix a week later, showcased his lack of self-control and temperance.

In Phoenix he spoke for over an hour, giving a speech that The New Yorker’s Amy Davidson Sorkin described as “ranting, rambling, whining, bitter, and—given that the speaker is the President of the United States—frightening.” She also recounted some of the speeches “most uncontrolled moments.”

Both of the events described above occurred after retired four-star US Marine Corps General John Kelly had become Trump’s chief-of-staff, encouraging hopes among many Republicans that he would bring more discipline to the White House.

But the non-self-disciplined and intemperate Trump, fueled by his unbounded ego, shows no signs of curtailing his own unpresidential behavior. Our only real hope is that enough Republicans embrace a trace of political wisdom and join with Democrats in impeaching him.

With the doctrinaire and Trump-enabling Vice-President Mike Pence as president, our nation would still be led by a man of some undesirable qualities, but at least his ego is not so gargantuan that it blocks out any rational consideration of how to govern. And maybe he even believes, at least partially, what he told future leaders at a National Student Leadership Conference in July 2017: “I truly believe that to reflect humility is to approach leadership every day as a learner and as a listener . . . . Practice discipline and . . . self-control . . . to become the kind of woman and man that people will respect and people will follow.”