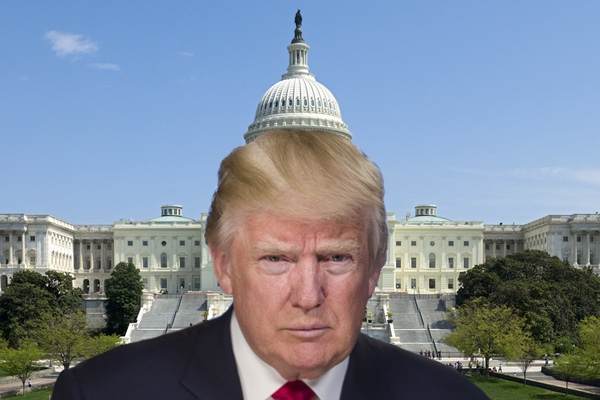 The crisis that Donald Trump represents cries out for movement toward impeachment and trial to remove him from the Presidency, unless he agrees to resign, or Vice President Mike Pence, in league with Speaker of the House Paul Ryan, Senate President Pro Tempore Orrin Hatch, Senate Majority Leader Mitch McConnell, and a majority of the Presidential Cabinet agree to remove Trump under the 25th Amendment Section 4, as mentally incompetent to stay in office. Neither of these seems likely at this stage, as we enter the eighth month of the Trump Presidency later in August.

So the issue arises whether there is a good chance that the House of Representatives will take action, with the reality that the Republican Party is in control of both that chamber, as well as the US Senate. One must remember that a simple majority of the House is needed on at least one article of impeachment, and a two-thirds vote of the Senate to convict and remove him. IF enough Republicans can be convinced to join with the Democrats in both chambers, even under GOP control, the mission can be accomplished.

So what are the numbers, assuming all Democrats are unified to move forward? As of mid August, there are 194 Democrats in the House of Representatives, and 48 Democratic Senators, including independents Bernie Sanders and Angus King. A minimum of 24 Republicans are needed in the House to reach the threshold of a majority, 218. In the Senate 19 are needed to reach a two-thirds majority, 67. So just a total of 43 Republicans are needed to accomplish the goal of removing Donald Trump from the White House, which seems not all that difficult.

Of course, there is the issue of party loyalty, and the difficult act of the minority party allying with enough of the majority to force the issue, particularly in the House, which is run by Speaker Paul Ryan. But realize that Ryan has been under constant attack and criticism by the Trump Presidency, including the Alt Right element in the White House, individuals including Stephen Bannon and Stephen Miller. And the unwillingness of many moderate Republicans to support their President on many issues, domestic and foreign, is well documented, as they see him as a “loose cannon” who is more an independent than a Republican.

The centrists and moderate conservatives who are uncomfortable with Donald Trump are known as the Republican Main Street Partnership, estimated at 67 members of the House (about one out of every four Republicans) and a minimum of 4 in the Senate. The members of this group are often called RINOS (Republicans in Name Only), and are often challenged in Republican primaries by the Club For Growth, FreedomWorks, and The Tea Party Movement. They’re frequently the target of the Alt Right movement represented by Breitbart News.

A lot of these Republican House members come from the Northeast and Midwest, as well as California and the Pacific Northwest and even a few from South Florida, belying the idea that all Republicans come primarily from the South, the Great Plains, and the Mountain West. It would seem reasonable that at least 24 and more, likely up to half of the 67 members of this GOP group, would be susceptible to being convinced to vote to bring Donald Trump up on impeachment charges. No one can be certain which specific members would do so, but among those who would seem likely to do so, without any guarantee of course, would be, in alphabetical order, Barbara Comstock of Virginia; Carlos Curbelo of Florida; Charlie Dent of Pennsylvania; Mario Diaz-Balart of Florida; Lynn Jenkins of Kansas; Peter King of New York; Adam Kinzinger of Illinois; Darin LaHood of Illinois; Leonard Lance of New Jersey; David Reichert of Washington; Ileana Ros-Lehtinen of Florida; Elise Stefanik of New York; Fred Upton of Michigan; Greg Walden of Oregon; and Lee Zeldin of New York. This totals 15 members, just a dozen or so shy of the needed number, leaving only about another dozen needed to join them. Even if some of the above did not follow through, it is hard to imagine that the small number of 24 or more could not be persuaded to join the cause given the size of the Republican Main Street Partnership.

Then, the issue of the US Senate, and who would be likely to be willing to remove Trump in an impeachment trial arises, with the fact that Vice President Mike Pence is well regarded among many Republican Senators, and the clear reality that many would be much more comfortable with a President Pence than President Trump. So the estimate is that it would be likely, when push came to shove, that enough Senators would support the removal of Trump, based on such considerations as suspicion of Russian collusion, obstruction of justice, abuse of power, violation of the Emoluments Clause of the Constitution, and Trump’s abusive treatment of such Senators as John McCain and Mitch McConnell. Not all of the above factors would directly come up in an impeachment trial, of course, but since impeachment is a political act, any underlying factors could shape the outcome as proved to be the case in the impeachment trials of Andrew Johnson in 1868 and Bill Clinton in 1999.

So who in the Senate would be likely to vote to convict Donald Trump of “high crimes and misdemeanors” in office? Alphabetically, the list might include the following: Lamar Alexander of Tennessee; Richard Burr of North Carolina; Shelley Moore Capito of West Virginia; Bill Cassidy of Louisiana; Susan Collins of Maine; Bob Corker of Tennessee; Joni Ernst of Iowa; Jeff Flake of Arizona; Cory Gardner of Colorado;  Lindsey Graham of South Carolina; Chuck Grassley of Iowa; Dean Heller of Nevada; Ron Johnson of Wisconsin; Mike Lee of Utah; John McCain of Arizona; Mitch McConnell of Kentucky (after the embarrassment his wife suffered sharing the stage with Trump last Tuesday, and Trump's constant attacks on McConnell himself);  Jerry Moran of Kansas;  Lisa Murkowski of Alaska; Rand Paul of Kentucky; Rob Portman of Ohio; Marco Rubio of Florida; Ben Sasse of Nebraska; Tim Scott of South Carolina; Dan Sullivan of Alaska; John Thune of South Dakota; Thom Tillis of North Carolina; Pat Toomey of Pennsylvania; and Todd Young of Indiana. This is a list of 28 Republican Senators, of which just 19 are needed, and it seems like a legitimate list, when one studies these Senators and their records and utterances in the age of Trump.

So the idea that we cannot get rid of Donald Trump is clearly false. It is urgent that these members of the House of Representatives and Senate, of the party of Abraham Lincoln, Theodore Roosevelt, Dwight D. Eisenhower, and Ronald Reagan begin the process. It’s time for them to put country above party.

Tweet by Tony Schwartz, co-author of Donald Trump's The Art of the Deal.