Save the Humanities so We Can Think Better

Barry C. Keenan is Professor Emeritus of History at Denison University. He has published three books on Chinese history, the latest being Neo-Confucian Self-Cultivation (University of Hawai`i Press, 2011). 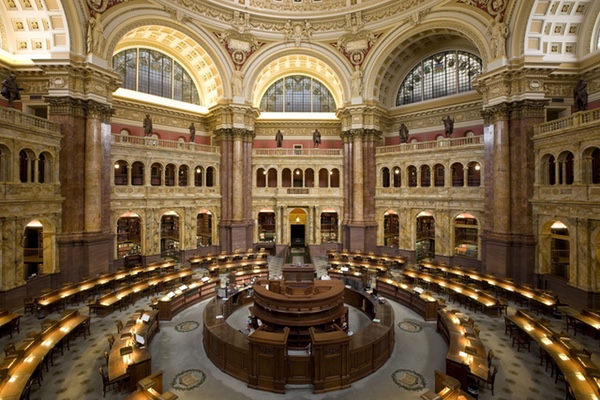 Main reading room at the Library of Congress

Compared to the attraction of academic institutions where STEM fields and vocational majors are offered, the traditional curriculum of liberal arts colleges is currently on the defensive. What is more worrisome is that students who enroll in liberal arts colleges are shying away from humanities majors. And to increase their appeal to the middle class, many liberal arts colleges are accentuating this trend by tripping over themselves to create new programs and curricular options that facilitate career placement.

In recent decades, the best academic administrators and boards of trustees in the country have consistently endorsed annual tuition increases of five to seven percent, until that is, the Great Recession of 2008 exposed the fact that the excessive tuition prices were no longer sustainable by the middle class. The recession of 2008 itself, as Henry Paulson analyzed it in a conversation with Charlie Rose, emerged thanks to an ahistorical neglect of the long-term rise in housing prices by the financial services industry. Tuition sticker shock and the burst of the housing bubble were both induced by shortsighted focus on the present; and both would have benefitted from historical perspective.

The humanities first appeared in European universities when rejection of the classical educational ideal spread throughout Europe from 1450 to 1600. Redesigning the preparation of scholars and theology students was intended to open the opportunity for Italian humanists to provide higher learning for purposes that were this-worldly. Initially, however, the mercantile classes of early modern Europe jumped into the breach, and succeeded in influencing the reorientation of rhetoric, logic, and grammar composing the classical trivium to serve the monetary success of their careers. But over the succeeding 500 years, vocational usefulness has been consistently rejected, and the humanities assumed the essential role of training lifelong skills of judgment such as analytical thinking, critical reading, and good writing. Wesleyan University president, Michael Roth in Beyond the University: Why Liberal Education Matters recently called for a revival of the rhetorical tradition in particular: one in which the student is initiated into the virtues associated with a canon of monumental works.

The poignant question today is how to portray the value of courses on history, religion, art, philosophy and literature so that legislators and the mercantile class of the U.S. charged with budget cutting can see their value. Examples of humanistic scholarship may make the best argument for the humanities; so here is one example that addresses the concept of leadership.

Paul Woodruff, who wrote Reverence: Renewing a Forgotten Virtue, acquired leadership experience as both a university administrator and an army officer in the Vietnam War, and interrogated his field of the Greek classics to clarify leadership. One lesson drawn from his very accomplished study of ancient Greek literature and philosophy was that responsibility for the degree of compassion in organized groups of people is unquestionably in the hands of the leaders of those groups, a conclusion applying equally well to the present as the past. So how could leaders learn to establish a humane standard themselves? Past human experience teaches vicariously, including even those experiences we never wish to live through. Professor Woodruff puts this message this way:

To make up for the lack of experience—the lack of suffering—leaders-to-be should have a broad education in the humanities, including both classic and recent texts. Ancient texts provide a useful distance that opens the most delicate issues (such as incest) to discussion. But whatever they read and discuss, students will have to see it as applicable to their own lives. Most of us who teach in the humanities will have to change our ways in order to meet this goal.

When you perform a text [dramatically], you make it your own, and you are more likely to keep its wealth in the treasure house of your mind.

Whether through reading or performance, the humanities can supply the vicarious experience that grounds compassion. For this reason, we must insist that leaders-to-be are exposed to the best of the humanities in the best ways.

So, rather than contorting humanities’ fields such as history to serve vocational placement, colleges need to address current enrollment and fiscal pressures with more creative ways to lower their prices, without reversing the proven tradition in European higher education that the humanities are invaluable in themselves.

A discipline such as history begins from the insightful epistemological premise that all events are unique. One’s judgment in analyzing the specific circumstances of an event are precisely what allows a liberally trained student to build a valid interpretation of change over time. They learn to do this while avoiding injudicious choice of evidence, poor organization of relevant data, or the facile application of inappropriate theory or personal bias. History is exacting in the analysis of any particular revolution, based on evidence specific to its circumstances; and history avoids the building of theories about all revolutions.

When a liberal arts undergraduate writes their best work in humanities papers during their four years of study, and each time receives feedback that hones their ability to make better arguments the next time, that student has learned to think critically, and will graduate with every chance of exercising disciplined independent judgment the rest of their lives.