What the Trump Presidency Reveals About American Christianity and Evangelicalism: An Interview with John Fea

Erik Moshe is a freelance writer based in Northern Virginia. 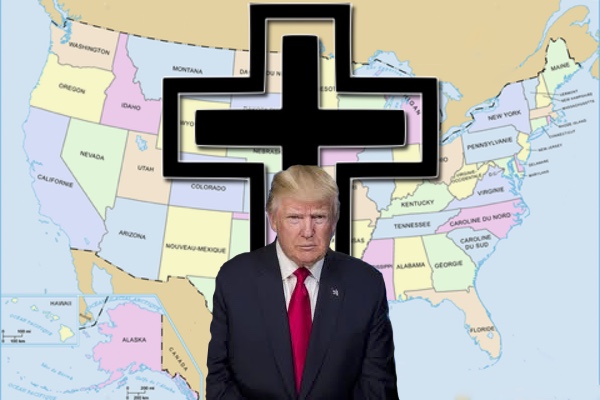 John Fea (Ph.D, Stony Brook University, 1999) is Professor of American History and Chair of the History Department at Messiah College in Grantham, Pennsylvania, where he has taught since 2002. He is the author of five books, and he blogs daily at The Way of Improvement Leads Home, a blog devoted to American history, religion, politics, and academic life. Find him on Twitter. 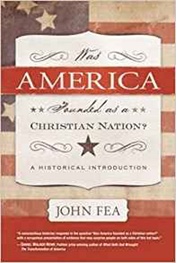 In your book, Was America Founded as a Christian Nation: A Historical Introduction, you approach the title’s complex question from a historical perspective. Why is it difficult for people in our society to have sustained dialogue on these historical issues?

As I argue in the book, I think we live in a soundbite culture that makes it difficult to have any sustained dialogue on the relationship between Christianity and the American founding. Like all history, this is a complex subject. Yet our natural inclination is to gravitate toward a usable past, not a strange past. Historical thinking requires the mental discipline to see the world from the perspective of people who lived in an era that is different from our own. If we are serious about grappling with the question, “Was America founded as a Christian nation?” we need to lay aside political preferences and do our best to understand the past on its own terms. Right now this question is so politically loaded that it is hard not to treat it as a battleground in the culture wars. I often tell audiences that the question in the title of my book is a bad historical question. It is a question that became a part of American political discourse about fifty years ago. It was not a question that the founding fathers were asking.

Why is it dangerous to cherry-pick from the past as a means of promoting a political or cultural agenda in the present?

I think there is some psychology (or maybe even theology) at play here. As I noted above, we are all wired to promote our own agendas. If the past can help us to do that, we will use it. If it does not, we ignore it. This is not how historians work. We try to make sense of the past in all its fullness and do our best to understand before judging. People engage the past for all kinds of reasons. For example, lawyers will cherry-pick a particular case or court decision from the past in order to help their client. Politicians and propagandists will cherry-pick to advance their causes. But historians are in the business, first and foremost, of understanding the past in its full context.

In a recent op-ed for the Washington Post, you mentioned that the Trump presidency is beginning to alter long-standing spiritual alignments. Do you think the “Trump effect” on Christianity is some type of strategic objective, or is it caused by other forces vying for political endowment?

I don’t know Trump’s heart. I can’t speak authoritatively about the depths of his spiritual life. But the Bible says “by their fruits you shall know them.” I can only judge his commitment to the moral teachings of Christianity on the things that he says and writes. Trump and his speechwriters know how to appeal to a certain kind of evangelical who is fearful of the decline of Christian culture in America.

Listen to his speeches on religion. They are always the same. He says something about religious liberty, the repeal of the Johnson Amendment (which has not happened yet), stopping ISIS, building a wall, and appointing evangelical-friendly Supreme Court justices. When he says these things, his evangelical followers cheer. Seriously, sometimes they even chant “U.S.A., U.S.A., U.S.A.” Why should Trump and his staff think more deeply about faith and public life when the current approach seems to be working just fine? So yes, I think Trump’s team is getting very good at keeping certain evangelicals in the fold with these talking points.

Why do Christian evangelicals have “faith” in Trump?

I think we need to be careful about saying that “Christian evangelicals” are a homogeneous voting bloc. They are not. They never have been. I was recently chatting with a religion reporter about this and we concluded that the constant media references to the “81% of evangelicals who voted for Trump” has masked a lot of political diversity among them.

There are several reasons why evangelicals pulled the lever for Trump in November. Some of them did not like Barack Obama’s views on abortion and marriage. Others did not like Barack Obama because of his race. Many hated Hillary Clinton and could not rid her candidacy from the Clinton scandals of the 1990s. A lot of evangelicals I know voted for Trump because he promised to support a conservative Supreme Court justice who might be willing to overturn Roe v. Wade and defend religious liberty. Still others believe that Trump can truly “make America great again” by restoring Christian ideals and protecting evangelicals from outside threats. And, of course, there were many evangelicals who did not vote for Trump.

Historically, when was the peak of evangelical involvement in politics, and where are we at now as a nation?

Evangelicals have always been active in American political life, but I think it’s fair to say that the evangelical impact on GOP politics has been strongest in the last fifty years. The evangelical hold on the Republican Party today is not unlike the powerful role that white ethnic working-class Catholics played in the Democratic Party of the mid-twentieth century. We can debate to what degree this comparison is accurate, but I think it is still worth making. Evangelicals were always there, but they emerged on the political scene with force in the 1980s in response to a number of changes taking place in American society related to sexual ethics, race, religion in schools, and demographic changes in society.

If you could give court evangelicals an extensive history lesson, what would you teach them?

I would teach them about change over time. No matter what the founding fathers believed about the relationship between Christianity and the American founding, we no longer live in a Christian nation. This means that evangelicals need to work harder at thinking about pluralism. It all comes down to how we live together with our deepest differences. The longstanding “culture wars” remind us that evangelicals and nonevangelicals are really bad at this. I have argued elsewhere that the study of history might help us on this front.

Are there other Christian historians attempting to speak truth to power, or do you find yourself a rarity in this regard?

I see myself as part of a long line of Christian historians who have used the study of the past to get evangelicals to think more deeply about the role of Christian faith in public and political life. Many of them are affiliated with an organization called the Conference on Faith and History.

Can you predict the best and worst case scenario for how this issue develops over the rest of the course of the Trump presidency?

No. Historians get in trouble when they make too many predictions.