How Much Is a Boss Worth? 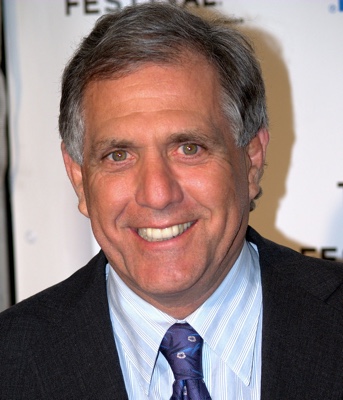 An awful lot of Americans are skeptical about the value of their nation’s corporate executives.

As a 2016 nationwide survey reveals, 74 percent of Americans believe that top corporate executives are overpaid. This public dismay with CEO compensation exists despite the fact that Americans drastically underestimate what top corporate executives are paid every year. In fact, the survey found that CEO compensation at Fortune 500 companies was approximately ten times what the typical American thought it was.

What are these CEOs actually paid? According to a study for the Associated Press by the executive data firm Equilar, in 2016 the typical CEO at the S&P 500 companies received $11.5 million in salary, stock, and other compensation.

CEO income during 2016 reflected substantial increases over the preceding year, with the typical CEO getting an 8.5 percent raise. Some, especially the best-paid, received far more. Rutledge received a raise of 499 percent, while Moonves’s pay rose by 22 percent.

American workers haven’t been doing nearly as well. According to the AFL-CIO (which estimated average corporate CEO pay in 2016 at $13.1 million), the average production or other nonsupervisory worker earned only $37,632 that year. Thus, in 2016, there was a CEO-to-worker pay ratio of 347-to-1.

This gap between CEO and worker pay has been widening substantially over the years. In the 1950s, the S&P 500 CEO-to-worker pay ratio was 20-to-1. Even as late as 1980, it was 42-to-1. But the rise of the political Right, the adoption of pro-corporate public policies, and the decline of union strength have led to a situation in which the average CEO of America’s largest corporations has an annual income 347 times that of the average worker. In the last five years alone, corporate CEOs received percentage pay increases nearly double that of the U.S. workforce.

This enormous and rapidly growing economic inequality between bosses and workers can certainly be challenged on the basis of social justice. Why, after all, should roughly 20 million Americans, working at full-time jobs (and, sometimes, two or three jobs), receive such pitiful incomes that they are forced to rely on food stamps and other forms of public assistance while their CEOs grow ever wealthier and enjoy an opulent lifestyle once limited to kings and princes?

In addition, are these extravagantly-paid corporate CEOs producing commensurate value for their companies? According to a detailed 2016 study by MSCI, an investment and corporate research firm, businesses that provided their CEOs with higher incomes delivered smaller financial returns to investors than did companies with lower compensation for their top executives. Favorably impressed by the study, a Forbes columnist concluded that “maybe it is time to rethink and restructure CEO compensation.” Indeed, some corporate boards have begun doing just that.

Although most Americans do not serve on the boards of major corporations, they do support sharp reductions in CEO compensation and other means of fostering greater economic equality. Indeed, a recent survey has found that a typical American favors limiting CEO pay to no more than six times the pay of the average worker. Furthermore, polls have found that most Americans support increasing taxes on the rich and substantially raising the pathetic federal minimum wage, long stuck at $7.25 per hour.

Against this backdrop, it’s striking that the Republicans controlling Congress and the White House champion huge tax cuts for the wealthy and oppose any increase in the minimum wage. But, in this case, as in so much of American politics, he who pays the piper calls the tune.