Sheryll Cashin, professor of law at Georgetown University, was a law clerk to Supreme Court Justice Thurgood Marshall and served in the Clinton White House as an advisor on urban and economic policy. Her latest book is Loving: Interracial Intimacy in America and the Threat to White Supremacy (Beacon Press, 2017) 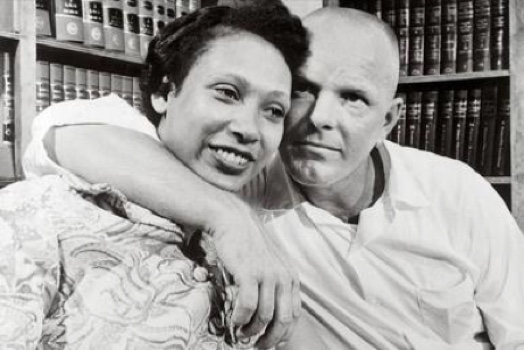 Mildred and Richard Loving in 1967, Wikipedia

From 1661 until the Supreme Court ruled against such measures in the landmark 1967 case of Loving v. Virginia, forty-one colonies/states had once enacted statutes that penalized interracial marriages. Every state with such laws discouraged or prohibited whites from marrying blacks, but many statutes also named other groups that could not intermarry with whites: Chinese, Japanese, Filipinos, American Indians, native Hawaiians, and South Asians, among others. 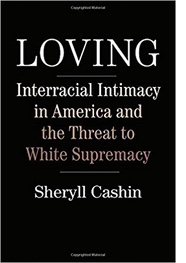 What was surprising to me in researching this history was the central role miscegenation laws played in constructing “whiteness” as a concept in America and the enduring nature of efforts to insulate whites from others.

It is not a history we tell our children, in part because many do not know it or because it contravenes our self-evident egalitarian values.

Before Loving, lawgivers constructed whiteness as the preferred identity for citizen and country and then set about protecting this fictional white purity from mixture. Over three centuries, our nation was caught in a seemingly endless cycle of political and economic elites using law to separate light and dark people who might love one another or revolt together against supremacist regimes that economic elites created.

The ideology of white supremacy – created and propagated by patriarchs – required separation in all forms of social relations. The ideology told whites in particular that they could not marry, sleep with, live near, play checkers with, much less ally in politics with a black person. It built a wall that supremacists believed was necessary to elevate whiteness above all else.

A dominant whiteness constructed by law and often backed by racial terror was embedded in peoples’ habits. This ideology was the organizing plank for regimes of oppression that were essential to American capitalism and expansion – from slavery, to indigenous and Mexican conquest, to exclusion of Asian and other immigrants, and later to Jim Crow.

In Notes on The State of Virginia, Thomas Jefferson expounded on his belief in supremacy of whites over Africans and offered his fear of the amalgamation of whites with blacks as part of his justification for not championing black freedom. Slavery was an evil, Jefferson admitted. Blame it on King George, he wrote in his first draft of the Declaration of Independence, for introducing this stain and thousands of dark bodies in the colonies. Jefferson couldn’t imagine a country where whites would accept blacks as citizens, much less intermix with them, his relationship with Sally Hemings notwithstanding.

Jefferson’s arguments with himself in Notes and with others in correspondence are of a piece with nearly two centuries of subsequent discourse about the perceived problem of race-mixing and American identity. These questions arose in the debate about whether and how the US should conquer northern Mexico, which was replete with Spanish-speaking, mixed-race people. Whiteness was disrupted in the nineteenth century when the Treaty of Guadalupe Hildalgo extended U.S. citizenship to former Mexican nationals. The price of annexing one-third of what is now the continental U.S. was to admit many brown gente to the American polity.

Reconstruction was another disruption of whiteness, albeit a brief one. The Party of Lincoln prosecuted the Civil War, ended slavery and extended citizenship to black males. During Reconstruction, the Radical Republicans offered the world perhaps its first glimpse of robust, racially integrated democracy. But in an odd twist of logic, white supremacy Democrats equated black voting power with black male sexuality and the black-man-as-sexual-predator myth was born. Supremacists orchestrated hysteria about black bodies and that would ferment the regular if strange public ritual of lynching.

For a brief moment in the 1890s there was a resurgence of biracial politics in the South. Economically oppressed whites joined with blacks to create a bi-racial farmer’s alliance that challenged unfair financial policies. Economic elites broke up such alliances with the offer of supremacy to the white working class. Jim Crow became the only political game to play and southern politicians competed with each other by proposing ever more ingenious forms of racial apartheid. Voting and full citizenship were reserved for whites that could afford poll taxes. Race mixing was banned in politics and life.

By the early 20th century interracial violence was more normal than interracial acceptance. Lynching continued, mainly though not exclusively in the south, and race riots broke out in three-dozen cities in the Red Summer of 1919. Violent mobs enforced social codes about the lowly place of the Negro in America’s racial pecking order. As Gunnar Myrdal would write two decades later in his classic treatise on America race relations, An American Dilemma, the central animating rationale for the regime of Jim Crow segregation was fear of black men having sex with white women. It was easy to use this ruse to garner widespread support for segregation and false accusations against black men would regularly incite lynching.

The ideology of supremacy animated not only Jim Crow but also eugenics laws authorizing state-enforced sterilization of undesired populations, and a 1924 federal law that banned or severely restricted immigration for all nationalities except people from northern Europe. Limiting immigration of colored and olive people, forcing sterilization and forcing separation by Jim Crow laws and private practices would continue for much of the twentieth century and all of it redounded to the benefit of white upper classes.

Loving v. Virginia was the first case in the history of the Supreme Court in which the court named “White Supremacy,” with capital emphasis as the unconstitutional motivation behind the law it stuck down. Chief Justice Warren, writing for a unanimous court, may have hoped that being explicit about the extant ideology would help cure the nation of this mental illness.

The onset of the long hot summer of 1967 may also have hastened the Court’s desire to help dismantle the architecture of division. By the end of that year, 159 race riots had roiled the United States, most lethally in Detroit, where a police raid on an after-hours bar set off a revolt that ended five days later with forty-three deaths and two thousand injuries.

I teach this history to students in a course called Race and American Law. They sign up to learn what is often elided in other courses – that is the sheer centrality of race and racism to the American story. It is discomfiting and not easy to digest.

There is a parallel narrative that I also teach, however. Past history, as awful as much of it is, provides reason for hope and inspiration. In every generation there were agitators who crossed lines to fight together to make America live up to its professed ideals. Mildred and Richard Loving are but one example of this tradition.

“Ardent integrators” and radicals like Frederick Douglass and Thaddeus Stevens who fought for our founding ideals were unable in their time to stop supremacy from being embedded in law and the vast majority of American minds, but they reconstructed the Constitution and kept the ideals alive, and each generation of radical patriots kept fighting.

The future may already be here. “American” will no longer imply whiteness or honorary whiteness but a multiplicity of hyphenated people committed to equality.

For all his flaws, Thomas Jefferson was a most useful patriarch. He penned thirteen words that proved timeless, the core American value: “We hold these truths to be self-evident, that all men are created equal.” That value is suffused in the fastest-growing populations in America—Asian Americans, Latinos/as, and multiracial people. Between 50 and 60 percent of these populations say they experience discrimination or that discrimination is a problem, and they are clearly inclined to support if not fight for racial equality.

Culturally dexterous white allies also support this value and say they want to be part of this conversation. Cultural dexterity is the opposite of color blindness, the ability to see and accept another person’s racial or cultural experience. Rising interracial intimacy and exposure are contributing to the flourishing of attitudes of openness and empathy. For example, a recent Pew study found that 40 percent of whites—mostly young and Democrat-leaning—express support for the Black Lives Matter movement, compared with just 28 percent of whites who disapprove of it.

Maybe people of color already have critical mass of white allies, but our country is still captured by segregation, gerrymandering, voter suppression, and the post–Citizens United dark-campaign financing put in place by those fighting to hold on to the centrality of whiteness.

Since Loving, supremacy has been formally disavowed in law, but we still live with the structures and dog-whistled ideology of supremacy. With spreading dexterity, more people are acquiring the skills to see, name, talk about, and influence others about the systems of supremacy and racism that endure. As Bryan Stevenson, activist founder of the Equal Justice Initiative, has argued, the ideology of supremacy that was constructed to prop up slavery has been as damaging as slavery itself. He asserts that we need to talk about this ideology to change the narrative and get to the point where enough non-blacks are prepared to say, “Never again.”