Teaching History in the Age of Trump

by Denver Brunsman and John Donoghue 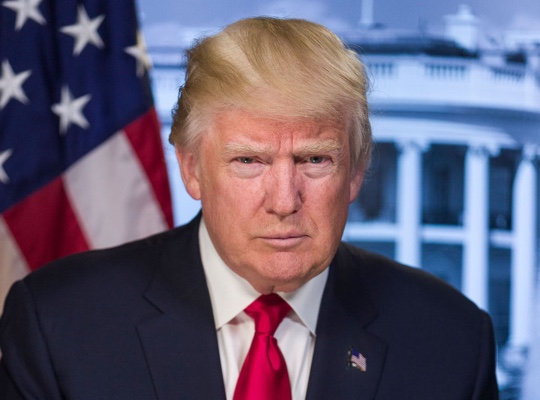 In this, our Age of Trump, as each day features a new uproar over issues ranging from immigration to health care, a quieter campaign is underway on college campuses.The same type of bitter war waged to discredit scientific research on climate change for the past generation has shifted to the humanities, especially history. Granted, the stakes are different, but each campaign poses significant dangers. Whereas the war on climate research puts our entire civilization at risk, the fight against professional history threatens our soul as a nation.

Both efforts by the right imperil the academic goal of objectivity and long accepted channels for evaluating and disseminating facts. There are antecedents to the current campaign against academic history, including the controversy over the U.S. National History Standards in the 1990s and the more recent uproar over the College Board’s changes to the Advanced Placement (AP) U.S. History exam. What is worse this time around is that the attacks are being waged on individual college and university history departments and professors. We should know, as we have each, in different ways, found ourselves in the crosshairs of right-wing attacks in the past several weeks.

The attacks came as a surprise given that we laugh at our own all-American bona fides, which include, between us, playing and coaching high school and college football, serving in the U.S. Army Reserves, and sharing a friendship forged on baseball and a joint love of American and British Atlantic history. Now we also share being attacked for the crime of doing our job: interpreting the past according to what actually happened, not what we imagine or wish happened.

In Brunsman’s case, as director of undergraduate studies in the History Department at George Washington University, he and his colleagues have faced a stream of derogatory emails and phone calls since reports surfaced in right-wing campus “watchdog” publications in December that the department removed a requirement for history majors to take an American history course. Other conservative media outlets, including Breibart, the National Review, and Fox News (in a report tweeted by Kellyanne Conway) picked up the story, further blurring the facts with each retelling. The reports lobbed the wild charge that the curriculum change was motivated by anti-American sentiments and implied that GW had turned from teaching American history.

Never mind that the curriculum change took place last March and came as part of a broader effort to reform the history major to attract more students and give them more freedom to specialize in a particular area. For the majority of students, that focus will undoubtedly be American history. GW’s graduate program in history and the preponderance of its undergraduate history courses are and will continue to be focused on American history.

Perhaps the most laughable charge in this campaign has been that George Washington University does not even teach about George Washington! This came as news to Brunsman, as he teaches an annual course titled, “George Washington and His World,” which takes place at Washington’s Mount Vernon estate, and lectures widely about Washington on GW’s campus. The course focuses on the evolution of Washington’s leadership from a naive provincial officer on the frontier to the mature founder of the United States. It also gives attention to the issue of slavery and the enslaved population at Mount Vernon, not as a liberal critique but in the honest pursuit of fully grasping Washington and the circumstances surrounding his leadership of the new American nation. Here Brunsman has taken a cue from none other than Mount Vernon, which last fall turned its museum space over to the enthralling exhibition, “Lives Bound Together: Slavery at George Washington’s Mount Vernon.” Even the historical custodians of the American founders have moved past simplified celebratory narratives that ignore facts and the full historical record.

In Donoghue’s case, he was placed on the now infamous Professor Watchlist in November for linking the histories of slavery and capitalism in his courses. The connection proved offensive to the site’s conservative creator; nonetheless it reflects a viewpoint widely shared by many historians of American slavery. Donoghue’s efforts to recruit black students for his spring 2017 course entitled “Slavery and Abolition Then and Now” were also trolled by right-wing websites, which condemned him for revising a part of the “Now” section to discuss how slavery’s racist legacy figures in the present. Though Donoghue announced there would be several case studies in the “Now” section, the condemnations focused on one: the way Donald Trump’s presidential campaign capitalized on American racial tensions.

Donoghue’s choice to include the Trump campaign in his course did not emerge from the “liberal bias” that conservatives routinely attribute to academics. Instead it reflected an engagement between past and present to discuss how the history of American racism and anti-immigrant sentiment resonates with the ways in which the Trump campaign rebuilt American populism.

One does not have to look hard for historical or present-day examples to prove the point. American racism, forged first largely through slavery, lived on through Jim Crow segregation, lynching epidemics, the vagrancy laws that fed the convict-lease labor system, the poll taxes, literacy tests, and terrorism that suppressed the black vote, the jailing, beatings and murders of civil rights workers, and the red-lining that created urban ghettos. Anti-immigrant sentiment was first legislated in the Alien and Sedition Acts (1798), surged again a half-century later when Catholic immigrants from Ireland and Germany faced the wrath of Protestant mobs and the “Know Nothing Party,” and continued into the 20th century through the mass deportation of Mexicans and outright bans or restrictions on southern and eastern European immigration.

Trump added a new chapter to this history by leading the “birther” movement, using imaginary statistics to gin-up fears of black-on-white crime, wrongly blaming the Black Lives Matter movement for encouraging its members to murder police officers, and promising a Justice Department investigation of the movement for the alleged threat it posed to “law and order.” He also advanced his plans for the mass deportation of undocumented migrants through racist depictions of Latinas, proposed banning Muslim immigration, characterized all Muslims as potential terrorists, and called for a national registry of American Muslims. Sadly, President Trump is now following through on several of these campaign promises.

For Trump, American greatness is not damaged by racial injustice, xenophobia, and religious intolerance in either the past or the present. Instead, making America “great” again depends on abolishing “political correctness” and folding the “race card.” This would destroy the “safe space” that America’s internal enemies had made for black thugs, Mexican rapists, and Muslim terrorists to wreak havoc on the nation through crime, jihadism, and the theft of jobs, benefits, and the vote.

If there is a silver lining to these disturbing trends, it is that the academic study and teaching of history offers an antidote to the spread of “alternative facts” in our brave new “post-truth” era. Teaching history on a sound basis of facts drawn from the varying viewpoints of historical actors and historians is crucial for the American Republic. It reinforces what only a short time ago was a truism: that verifiable facts matter, particularly in a Republic whose founders recognized that an informed citizenry was a bulwark against tyranny, corruption, and demagoguery. History, taught honestly, gives students the analytical tools to separate fact from fiction, both in the past and present—a skill that might prove essential to safeguarding their own freedom.

As Americans, we have many things to celebrate in our history, but we can also honor our land as the home of the brave by reconciling ourselves to the nation’s historical shortcomings, particularly its heritage of white supremacy. Teaching American history is a vital means to this end. Confronting difficult chapters of American history can be unsettling for students, and some critics may mistake this pursuit of truth as unpatriotic. But for most students, engaging fully with the American past is revealing, as it helps explain their own experience in the 21st century.

Teaching history is a process fraught with complexity and tension, but therein lies its real value. We don’t teach history to promote patriotism by creating a “safe space” from unsettling knowledge. Facing the American past honestly is the only way to kindle a truly authentic love of country. Nobody can really love an illusion because illusions are unreal. But those with the intellectual courage to shine light in the dark space between America’s rarefied ideals and its lived experience stand a better chance of realizing those ideals in the future. What could be more patriotic than that?