The Real Reason So Many People Hold Academic Historians in Contempt

Matthew Hughes is a graduate student in communications at Bob Jones University. He majored in history. (Background Image by Toby Hudson, Graphic by HNN.) 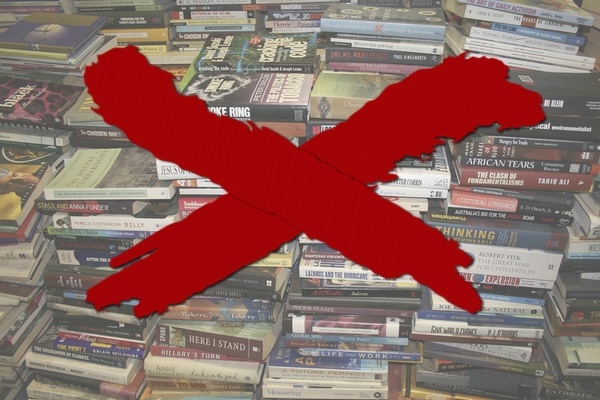 This essay is a response to “What’s Wrong with they Way We Have Been Defending the Humanities,” by Jeremy C. Young, January 1, 2017.

Like Jeremy Young in 2008, I am in grad school and several months ago I was introduced to the genre of “ubiquitous essays bemoaning the decline of university humanities departments, the shrinking of major and course enrollments, and the general lack of interest in funding humanistic inquiry.” Young argued that rather than demonstrating the value of humanistic inquiry, as the authors of those essays tend to do, academics must demonstrate the importance of their role in it. The conservative non-intellectuals who dislike the academy are by no means anti-intellectual, Young said. They love the humanities because they devour “history books, literary classics, and philosophical treatises.” They just don’t realize that academics are essential to preserving and increasing the knowledge of those fields.

Many conservative non-intellectuals don’t see the connection Young sees between the work of academics and the “history books, literary classics, and philosophical treatises” they devour. Young attributes this to the failure of academics to explain their role. It’s true that most people don’t realize what a day in the life of a researcher really looks like—which I started to understand when I began doing historical research for term papers and more fully when I stood in two people’s garages last winter, poring over documents related to the subject of my capstone history project. But in many cases, academia’s critics have good reasons for actively rejecting, not merely passively forgetting or overlooking, the claim that academics are essential.

One reason they don’t believe that academics are essential is that they read books by non-academics, or at least by writers who don’t hold tenure at prestigious schools. Although David McCullough studied English at Yale, nobody thinks of him as an academic. Those who haven’t read his biography of John Adams have heard about it and maybe seen a copy, and his books have won quite a few prizes and awards. There’s also the popular Oliver North, “a #1 best-selling author [13 times]…and the host of ‘War Stories’ on Fox News Channel.” And the list could go on. My sister gave me Operation Mincemeat for Christmas. Within 48 hours, I had ripped through the gripping, well-told story. It was not written by a distinguished professor of history at Oxford, but by a “columnist and Associate Editor” for The Times of London who has written numerous well-received historical works.

Another reason is that the intellectuals they idolize were not professional intellectuals like today’s academics. Washington, Adams, Jefferson, and so many others were not academics, they were doctors, lawyers, farmers, preachers, and businessmen—and yet they were thinkers, intellectuals, and political philosophers. They were not thinkers or researchers by vocation; they thought in their spare time. Conservative non-intellectuals believe that ideas, thought, and research in the humanities are important, but that those who are interested can pursue them in their spare time. That is how the historical profession worked until professional, academic historians became a thing in the 19th century. That, in fact, is what many non-intellectuals do—they spend their own time reading about colonial America and dipping into literature.

And can’t they be justly indignant when they discover than some academic somewhere, in order to gain tenure, is spending his life sparring with fellow academics over whether or not Harold II was shot in the eye at the Battle of Hastings? So many academics seem to fruitlessly argue over seemingly meaningless details. If academics want to do that in their spare time, that’s their business, but it’s absurd to think that today’s non-intellectuals are going to see the value of putting private or public money into such enterprises. And, true or not, many people think that academics justify their salaries by arguing about minutiae in peer-reviewed journals nobody reads.

Non-intellectuals believe that the humanities, particularly history, are valuable, but they feel betrayed by poor teachers who get a teaching position to support their research habits. An IT specialist I know who loves history had a boring history professor. One of my mom’s history teachers came to class and read the textbook in a dull monotone. Many people don’t have to imagine a teacher as boring as “Harry Potter’s ghostly Professor Binns, monotonously reciting stale facts from yellowed, centuries-old notes.” They had one. An academic dedicated to advancing the knowledge of history turned the Civil War into a set of stale facts. A high school history teacher didn’t help his students think historically or even tell interesting stories—he read out a list of names and dates to be memorized. Why would people want to increase the spare time and job security of people like that, so that they can research the boring details of a dead person and present it in dull academic prose? Besides, as Young suggests, these non-intellectuals embrace the capitalist ideas of Adam Smith and they feel that there is no demand for the work these historians do, but there will always be a demand for well-done, well-told history.

If this were all the conservative non-intellectuals thought, they might content themselves with cynical barbs at “eggheads” and “irrelevant researchers.” But they also believe that many of these academics are using their platforms to implant unsound liberal ideas in generations of students. The academics, rather than facilitating the study of the Founding Fathers, are seen as termites, gradually eating away at society by brainwashing the youth with liberal hogwash. This is the way conservatives see it and why they actively dislike academia.

Aside from the left-leaning tendencies of academia, its seeming irrelevance is a big issue. Not, as Young suggests, because non-intellectuals don’t know that academics are essential to preserving and increasing useful knowledge, but because they see non-academics actively increasing and preserving that knowledge and because they believe that people can think and philosophize in their spare time, just as the Founding Fathers did. To the non-intellectuals, these are convincing arguments and unless recalcitrant academics see the merit in them, they will only become more obsolete. To persuade non-intellectuals to support the academy, academics must prove, not merely assert, their relevance.