by David A. Horowitz

David A. Horowitz teaches U.S. Cultural History at Portland State University. He is the author of America's Political Class under Fire: The Twentieth Century's Great Culture War (2003) and a personal and professional memoir entitled Getting There: An American Cultural Odyssey (2015).

One of the tiring traits of academic history is the habit of looking to earlier versions of current circumstances to suggest that nothing is new and that precedents for anything can be found. At the risk of falling into the trap, however, there may be benefits to exploring the parallels between the white nationalism, nativist fears, and social anxieties attributed to many of Donald Trump's followers and similar reverberations characterizing the cultural crises of the 1920s United States. 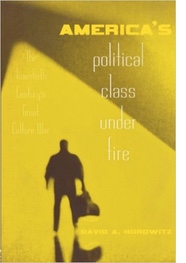 Popular accounts celebrate the Jazz Age as an up-beat period of gritty bootleggers, dance-crazed flappers, Lost Generation free spirits, silent movie sirens, and individual athletic heroes. Yet the era was troubled by what journalist Walter Lippmann called “the acids of modernity.” This included stock speculation amid economic concentration in the manufacturing and retail sectors; the decline of the agrarian economy and older industries such as coal, cotton textiles, leather products, and railroading; demographic shifts swelling the urban populations of European ethnics and African Americans; collusion between big city vice rings and corrupt officials; and disturbing signs of permissive social morality among American youth, particularly women. Significantly, the most stringent criticism of Jazz Age modernity emanated from the mass movement built around the Second Ku Klux Klan.

By 1922, the Second Klan, organized seven years earlier in Atlanta by a white supremacist Methodist preacher, had amassed a nationwide membership of two million native-born white Protestant men, many craft workers, tradesmen, clerks, and professionals from cities with over 50,000 residents. Building a fraternal order, patronage machine, and national lobby for social purity, Klan leaders supported Prohibition, immigration restriction, public education, and efforts to clean up urban crime and political graft. Imperial Wizard Hiram Wesley Evans, the secretive order's national leader, even took to the pages of mainstream magazines such as the North American Review and The Forum to discuss the growing threat to “100% Americanism” and traditional decorum.

Looking to political legitimacy, Evans noted that unlike the Klan's post-Civil War predecessor, the Twenties KKK rejected vigilante violence as unlawful. Rather than focusing on African Americans once the South had fully institutionalized racial segregation and black male disenfranchisement, the Klan concentrated on “hyphenated Americans” accused of dubious loyalty, mainly Roman Catholics and Jews deemed incapable of assimilating to the values established by the nation's Anglo-Protestant founders. The Nordic-American, declared Evans, had become “a stranger in large parts of the land his fathers gave him …, one much spit upon … with jeers and revilings.” Much of “our great cities” and control of industry and commerce, he warned, had been “taken over by strangers, who stacked the cards of success and prosperity against us.”

Evans's ethnocentrism combined a sense of victim-hood with a scapegoating of non-Protestants and others under the assumption that a great nation required a homogenous population. Yet his strongest critique targeted the intellectual classes who preached tolerance and diversity. A cosmopolitan intelligentsia devoted to foreign creeds and ethnic identities, he told readers of the Klan's Imperial Night-Hawk, had paralyzed American nationalism with “alien ideas.” In “The Klan's Fight for Americanism,” published in the North American Review in 1926, Evans owned the characterization of his followers as “ 'hicks' and 'rubes' and 'drivers of second-hand Fords.' ” In the name of the “plain people,” described as the “average citizen of the old stock,” he welcomed the opposition of intellectuals and liberals who had “betrayed Americanism” by sustaining a culture “without moral standards.”

Much of Evans's rhetoric conveyed a profound sense of loss and nostalgia for an imagined golden era. The changes of the Jazz Age, he observed, made Klansmen “increasingly uncomfortable, and finally distressed,” generating a “confusion in thought and opinion, a groping hesitancy about national affairs and private life alike.” The cultural breakdown, he explained, meant that “one by one, all our traditional moral standards went by the boards … [t]he sacredness of our Sabbath, of our homes, of chastity, and finally even of our right to teach our children in our schools fundamental facts and truths.” Those who maintained the old standards, decried Evans, “did so only in the face of constant ridicule.” Yet the Klan would succeed, he insisted, because its appeal was emotional and instinctive, rather than coldly intellectual, and because it could be trusted more than “the fine-haired reasoning of the denatured intellectuals.”

As Robert A. Garson, a British scholar of American Studies, explained in a landmark essay in 1977, Klan orthodoxy was not merely a reactionary backlash against the growing cosmopolitanism of American life but the political expression of a populace angry about a burgeoning culture it could not easily control or resist. Hiram Wesley Evans's rhetoric provides a classic case of modern alienation, and a road map to understanding more recent expressions of perceived helplessness in the face of hostile forces. Fearful that uncontrolled societal change contributed to the character disintegration at the heart of their critique of the Jazz Age, Klan defenders of moral tradition abandoned faith in the goodwill of teachers, opinion molders, liberal politicians, and other cultural elites accused of legitimizing ideological and cultural innovation. The sin lay not specifically with the innovations themselves but with those who defended them and disparaged their detractors.

That the attack on the forces aligned with societal change took on a populist tone that contrasted the virtue of “the people” with decadent elites is not surprising. Yet the Second Klan's peak strength of five million members withered at mid-decade. A series of moral and financial scandals, lingering vigilantism targeting white offenders of moral purity, the disruptions of anti-Catholic campaigns in local communities, and resolution of the movement's primary issue with passage of the restrictive Immigration Quota Act of 1924 all took their toll. The Invisible Empire would have several reincarnations after World War II as a terrorist movement targeting African Americans, Jews, and political radicals. Yet the Second Klan of the 1920s arguably represents the combination of white cultural nationalism, traditional morality, and populist self-identity that continues to play a significant role in segments of American political culture.