What Were White Evangelicals Thinking?

Adam Laats is an historian in the Graduate School of Education at Binghamton University (SUNY). He is the author of The Other School Reformers: Conservative Activism in American Education (Harvard UP, 2015). He is now writing a history of conservative evangelical higher education, tentatively titled Fundamentalist U: Keeping the Faith in American Higher Education. 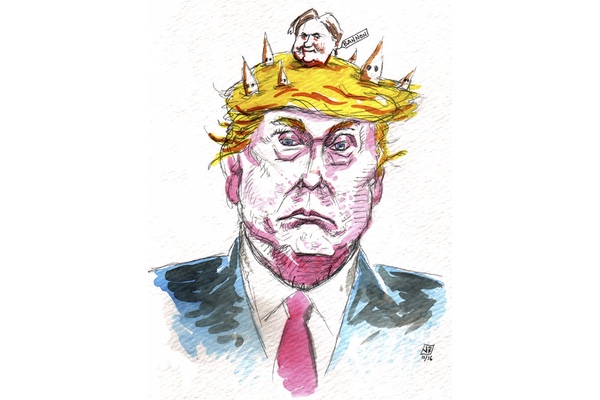 What were they thinking?  We know white evangelical Protestants voted for Trump in big majorities, somewhere in the neighborhood of eight out of ten.  But why?  One type of institution has done more than any other to shape evangelical thinking, and its history can offer us a vital clue. 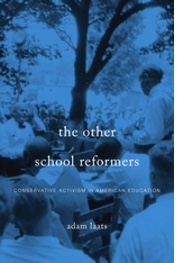 On its face, evangelical enthusiasm for Donald Trump doesn’t seem to make sense.  After all, the president-elect doesn’t exactly embody Christian values.  He makes money—even if his casinos don’t—from gambling, drinking, and high living.  He has bragged about attacking women. He has joked about his sexual attraction to his own daughter.  And Trump has never really shared evangelicals’ anxieties about homosexuality.

For those reasons and more, candidate Trump was furiously denounced by leading evangelical intellectuals such as Russell Moore and Thomas Kidd.  But Trump’s appeal to white evangelicals was more than a quirk.  Trump’s message seems to have hit home with huge majorities of white evangelical voters.

Of course, it is possible that most white evangelicals voted Trump without liking Trump.  In the cold light of political calculation, many white evangelical voters surely concluded that Trump was the lesser of two evils.  Some of them probably kept their eyes on the Supreme Court prize.  Others felt such visceral loathing for Hillary Clinton that they would have voted for anyone else.  And many religious voters don’t expect candidates to embody their values.  Rather, as historian Daniel K. Williams has argued, white evangelicals have been trained for forty years now to just hold their noses and vote Republican.

All those factors are true and important, but they are not sufficient to explain Trump’s popularity among white evangelicals.  If we really want to understand it, we need to grasp the true contours of the evangelical intellectual tradition.  That tradition has always made room for Trump’s brand of flag-waving, chest-thumping, America-First populism.  On the campuses of evangelical colleges and universities—the intellectual citadels of American evangelicalism—Trump-like attitudes have always found congenial homes.

At Wheaton College in Illinois, a school one historian has called the “Fundamentalist Harvard,” leaders always insisted that their school was not just the home of real religion.  It was also the home of real Americanism.  In 1935, for example, the school boasted of its status as “one college where parents can send their children without any fear of their being inoculated with any ‘isms but Americanism and Christianism.”  In 1948, too, the school’s president bragged that his school stood “steadily and unqualifiedly for the Christian and American way of life.”

At Moody Bible Institute in Chicago—another leader in the network of evangelical higher education—one leader told a nervous donor in 1947 that the school was “glad to take our stand for the old-fashioned kind of Americanism.”

Down South, at Bob Jones University, leaders insisted into the 1960s that “A good, Bible-believing Christian is by nature a good, patriotic American.”  The point of their school, Bob Jones Jr. claimed in 1963, was to teach evangelical Christians how to “stand for the fundamental principles of Constitutional Americanism.”

This sort of star-spangled spirit isn’t just a relic of Cold War Americana.  Into the twenty-first century, too, evangelical colleges and universities have harped on an in-your-face patriotism.  Last year, for example, administrator Randy Beckum at Mid-America Nazarene University was demoted and embarrassed.  His crime?  In a chapel talk, Beckum reminded his evangelical audience that their religious values should come before their Trumpish ones.

As Beckum put it, “We have to be very careful about equating patriotism with Christianity.”  Even more careful than Beckum imagined, apparently.  For questioning the knee-jerk Americanism so prevalent among his students, Beckum found himself the target of evangelical attack and ridicule.

Donald Trump did just the opposite.  He may not have personally represented evangelical values, but he did speak directly to the ferocious love-it-or-leave-it patriotism that has always been an inextricable part of the white evangelical tradition.

At evangelical colleges and universities, this tradition has always played a leading role in defining evangelical identity.  White evangelicals are a religious group, true, but they have also always been energized by a vague yet powerful patriotic traditionalism.  Like other enthusiastic Trump supporters, white evangelicals have been fueled by a combative culture-war patriotism.  They have always defined themselves by their proprietary attitude about “our” America, the one they hope President Trump will make great again.