Why Is Studying “Whiteness” Controversial?

Eric Avila is Professor of History at UCLA and author of Popular Culture in the Age of White Flight: Fear and Fantasy in Suburban Los Angeles (California, 2004) and The Folklore of the Freeway: Race and Revolt in the Modernist City (Minnesota, 2014). 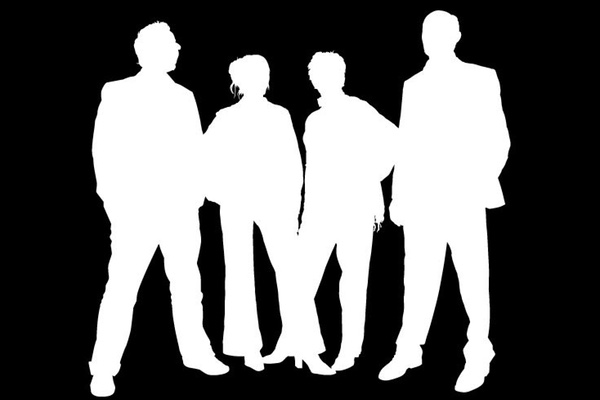 Since 1998, I’ve taught a course cross-listed between the departments of History and Chicano Studies. “Whiteness in American History and Culture” explores the historical evolution of a white racial identity in the United States, from the colonial period to the present day.

Immigrants, from Europe’s most persecuted ethnic groups, came to the United States and learned to adapt to an evolving hierarchy of race that structured many aspects of American society: cultural expression, property relations, labor markets, the law, public space and public policy. In the process, these immigrants and their descendants, through their historic encounters with Indians, African Americans, Mexican, Chinese and Japanese immigrants (and through their inculcation into an industrial capitalist society) learned to identify as ‘white,’ and, to greater and lesser degrees, accessed privilege from this newfangled identity.

Within the historical profession that I’ve known over the past twenty years, this course hasn’t aroused much controversy. It’s a familiar pattern of study: change over time, i.e. changing modes of self-expression and group awareness, continuously in play with a changing set of historical circumstances. The focus, contrary to a pervasive belief that racial conflict is really class conflict, is also upon race as an organizing principle of American history, especially within the realms of political economy, cultural experience and social structure.

My students begin their readings with some preliminary sociological theory on racial formation, and then explore the making of a white race in the United States through revisionist histories of, for example, the Boston Tea Party, the New York City Draft Riots, Dred Scott, blackface minstrelsy, the Chinese Exclusion Act, White City, The Jazz Singer, redlining, and the essays of James Baldwin.

The critical study of whiteness began in the mid-1990s, just when American conservatives mobilized the term ‘politically correct’ to resist liberal demands to respect the dignity and rights of disadvantaged social groups, in language and the law. Although initially it aroused suspicions of another academic fad – here today, gone tomorrow – the critical study of whiteness has exploded over the past twenty years, across disparate disciplines like sociology, literature, anthropology, political science, communication, art history, education, film studies, gender studies, and legal studies.

Maybe I harbor disciplinary bias, but historians seem to have led the charge, if not invented the field itself. We could begin with the early work of Alexander Saxton, Winthrop Jordan and George Frederickson, who opened an intellectual door for the next generation, which included David Roediger, George Lipsitz, Eric Lott, Ira Katznelson, Philip Deloria, Matthew Frey Jacobson, Noel Ignatiev, Nell Irvin Painter and others. Their work demonstrates how whiteness has been an ongoing preoccupation among U.S. historians, from the nineteen seventies to the twenty teens.

Outside of the profession, it’s a different story. Few people question the formal study of indigenous, African, Latino or Asian peoples, but studying whiteness sparks a range of reactions, from open curiosity and interest, to derision and outright hostility. A social scientist could measure such responses against age, gender, race, geography, religion and socio-economic status, but no question, it’s a new approach to the study of race, examining the invention of a racial norm that so many take for granted.

Maybe therein lies the controversy: the critical study of whiteness intends to disrupt its normative power, to interrogate its making in the past to promote its ‘unmaking’ in the future. “We’re all multiracial now,” Nell Painter argues in The History of White People, and that’s a big problem for people who believe in the old mythology of white supremacy and racial hierarchy. In its early years, my class drew the ire of conservatives and thus I was ambushed by Fox News and put on a blacklist that targeted 30 “radicals” on the UCLA faculty who were “actively proselytizing their extreme views in the classroom.”

At the time, as a junior professor, I wanted to lock myself into the Ivory Tower and throw away the key, but to the chagrin of its skeptics, the course has grown in favor. In 2005, for example, I taught the class to about 30 students, white, black, and Asian American. In 2015, when I last taught the class, there were about 100 students, white, black, Asian and Native American, graduate and undergraduate alike. The course has developed a positive reputation, and I hope to grow its stature with the 2015 passage of an undergraduate Diversity Requirement at UCLA. It’s a no brainer for this new requirement: it introduces new ways of thinking about race in U.S. history, it answers long-standing calls to inject ‘synthesis’ into the national historical narrative, it’s inclusive in its exploration of the intertwined histories of African, Mexican, Asian, Native, Irish, Italian, Jewish and working class Americans, among other social groups; and its relevant to the problems and possibilities of the current racial climate in the United States. Most of all, it showcases a new brand of rigorous historical scholarship that demonstrates the profession’s capacity to attune itself to the urgency of the times.