It’s Okay – Change that Offensive Name on a Building. 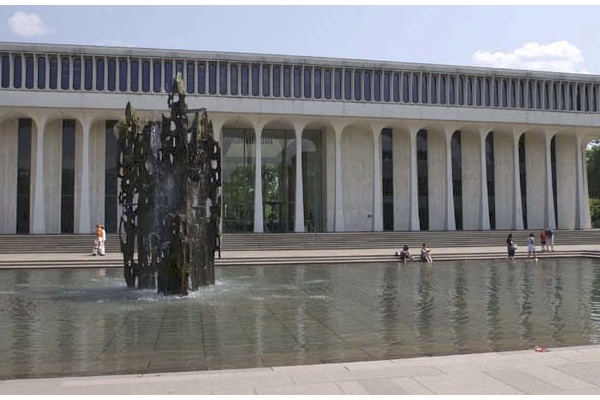 The names of racists plague American universities. Buildings and institutions are named for them, but students are doing something about it. These student movements have sparked another debate altogether: why is it necessary to change the names at all? Many are pushing back, identifying a slippery slope that seems to have no end: if we change one name, what prevents us from changing all others? If we remove names whenever anything unseemly comes to light, aren’t we white-washing the past? But rather than fear the ever-changing of names, we should embrace it.

That’s what historians do. We constantly reinterpret the past. Why shouldn’t that apply to our institutions as well?

At Yale and Princeton, students have sparked protests and national conversations over the naming of colleges of institutions—John C. Calhoun at Yale and Woodrow Wilson at Princeton. Last May at the University of North Carolina at Chapel Hill, Saunders Hall—named for a former secretary of state in North Carolina and leader of the Ku Klux Klan—was rebranded Carolina Hall in the wake of student protest over the name. The university then placed a sixteen-year freeze on any renaming of buildings until a task force develops standards regarding UNC’s history and public remembrance on campus. Students on other state and private universities have brought attention to more names, who by today’s standards, would be labeled racist, forcing administrations to reckon with uncomfortable pasts. These movements are tied with university protests sweeping the United States, all centering around the continuance of racial prejudice and injustice on campus.

What’s at stake for historians? Should we advocate for names to stay where they are in fear of the slippery slope, even if they come with racist baggage? Or, should we embrace what feels to some like a revolving door, updating names whenever ugly histories come to light?

The idea of history itself is built on reinterpreting the past, a constant cycle of imagining and reimagining. New evidence forces us to grapple with ideas we once thought standard. Historians cannot be shy about challenging one another’s arguments, for if we allow the past to harden, it ceases to be an academic pursuit. It becomes a white-washed past.

For administrations that fear the mutability of names, money is no doubt a major concern. But perhaps it’s a lesson that, no matter who we name a building for, or whatever amount of money a donor gives, universities should think twice before etching names into stone.

I understand the reluctance to put names on campus in a state of flux. Each campaign to update a name ought to be carefully reviewed—with full transparency to university faculty, students, and local communities. It may feel as though something is lost within a university’s history to consider scrubbing names away, as if history no longer matters. But I believe the opposite is true. Rather than ahistorical, this open-minded approach strengthens the pursuit of knowledge. It motivates us to constantly review the past, not to gloss over it, but to revise it just as historians do.

Buildings and institutions named for individuals give them a feel of permanence, but it is an illusion. Instead, we ought to look at the chiseled names that loom over libraries, dormitories, and administrative offices the same way that historians look at the past. Nothing is fixed. No history is permanent. No definitive biographies truly exist. No last words have been written. This is the historian’s way. We reinterpret the past. And just as historians form new arguments as new evidence comes to light, so too should we be willing to change names fixed onto campuses if it becomes known that their beliefs are anathema to what we stand for today.