Even Judging Woodrow Wilson by the Standards of His Own Time, He Was Deplorably Racist 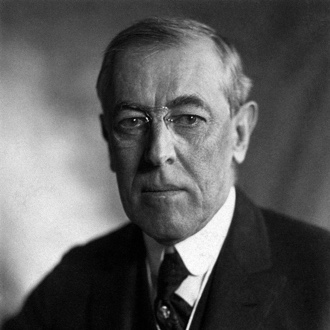 The news that Princeton acquiesced to student demands that the university confront the racism of Woodrow Wilson set off a series of responses. Some protest that it is unfair to judge the 28th president by present day standards. These pundits, almost all white, proclaim that Wilson must be understood within the context of his own time. The inference of such an assertion is that in times of pervasive racism it is reasonable for a leader to perpetuate it. Setting aside the assumption that morals are relative rather than absolute, let’s examine Wilson’s actions within his times. 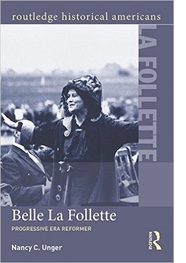 Racism was rampant in 1913, the year the Wilson administration began segregating the offices of the federal government in Washington DC. It was hardly universal, however. In 1909 a multi-racial, multi-ethnic group founded the National Association for the Advancement of Colored People (NAACP), a group that was particularly outspoken in its criticisms of Wilson four years later.

Wilson was also confronted directly several times over the new rules that were devastating black government employees and their families. A contingent of African-American men led by William Monroe Trotter, editor of the Boston Guardian, traveled to the White House on November 6, 1913. They presented the President with a petition signed by 20,000 Americans representing thirty-eight states, protesting the new segregation and urging its abolition. Trotter reminded Wilson that he had campaigned for the presidency on the promise of fair and equal treatment for all. Wilson promised to look into the matter.

One year later, a passionate Trotter confronted President Wilson with evidence of continuance of segregation policies and asked that all such efforts be abolished. When Trotter dismissed Wilson’s defense of segregation as the best method to avoid racial “friction,” Wilson lost his temper. Papers across the nation, including the New York Times, carried on their front pages stories of Wilson’s defensiveness. They emphasized Trotter’s ejection from the White House. In the firestorm of bad publicity, the New Republic scorned Wilson for his “inaction in a moral crisis,” and The Nation called segregation “a sad blot upon the Wilson Administration.”

In a story headlined “Turning Back the Negro,” Howard Bridgman, editor of The Congregationalist and Christian World, reported on his exchange of letters with President Wilson in which Bridgman criticized the president’s approval of segregation as based “upon a fallacy and prejudice” and in violation of both democratic principles and the Golden Rule. Although Bridgman urged African Americans to protest, he underscored that the responsibility did not rest with them alone: “The black man is the brother of the white man in the sight of God. What, therefore, is the Christian white man’s duty in a time like this? Protest against the wrong; demand justice; keep on demanding until we win.”

Journalist Belle La Follette, wife of senator Robert La Follette (R-Wisconsin), was one of many whites to heed Bridgman’s call. She printed the complaints of Rosebud Murraye, an African American long time employee at the Bureau of Engraving, concerning the new segregation of federal civil service. When Murraye was fired only days later, La Follette too confronted Wilson directly. She forwarded Murray’s letter of protest to the President, noting in her cover letter that the situation involved “the larger question of human rights.”

When the president’s secretary denied that the sudden firing had anything to do with her investigation, La Follette wrote a series of articles in La Follette’s Magazine (published today as The Progressive) about the injustice wreaked by the government’s segregation. “Merit, not sympathy,” she noted, demanded that African Americans “should not be discriminated against and should be accorded the justice due them as citizens of a democracy. What becomes of the fundamental principles of our institutions if the color line or any other arbitrary line can be drawn by the government among its civil service employees?”

That this new oppression emanated from the executive office particularly rankled. Under Wilson the nation was backsliding toward his Southern, segregationist orientation. In newspaper columns and in speeches to audiences both black and white, La Follette made this case boldly. She asserted that “to have the United States Government take a backward step, to have the color line drawn in places [where] they have won their merit, to be humiliated, repressed and degraded at the capital of the nation by their own government, which has no right to discriminate among its citizens, is a body blow to hope and pride and incentive.”

Large numbers of Americans refused to quietly acquiesce to the Wilson administration’s giant step backward, termed by one scholar “the most serious blow to Negro rights since the days of slavery.” Hundreds of letters of protest came to President Wilson from every state, written by blacks and whites, men and women. They called the discrimination “harsh and humiliating,” “an insult and an outrage,” “unjust and disheartening,” and a violation of “the spirit of the Constitution and opposed to the teaching of Jesus Christ.”

Woodrow Wilson did not live in a period of uncontested racism. Judging him within his times reveals that he was acutely aware of his actions, their effects, and how they were received. They were controversial. Many Americans viewed his segregation efforts as atavistic, counter to the fundamentals of democracy. Yes Wilson deserves praise for his many accomplishments, but the “context of his times” does not excuse, mollify, or modify the immorality of his racism.