This Historian Has Some Advice for Bernie

Bruce E. Baker teaches at Newcastle University in England and is co-editor of the journal: American Nineteenth Century History. The Cotton Kings: Capitalism and Corruption in Turn-of-the-Century New York and New Orleans, his recent book with history professor Barbara Hahn, will be published by Oxford University Press in December. 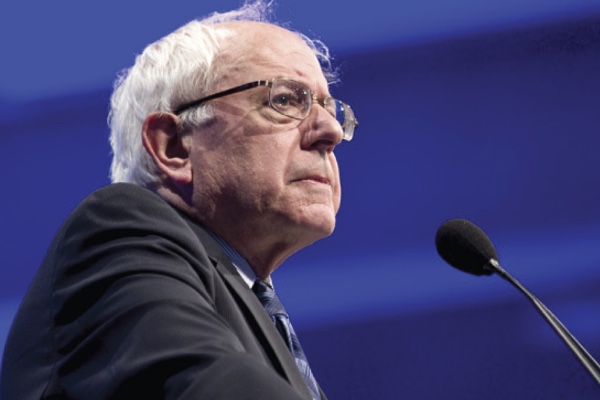 A substantial proportion of the American electorate has responded enthusiastically to Bernie Sanders. Arguing against the Washington consensus and the notion that markets must be supreme and immune from democratic controls, Sanders’s vision is starkly at odds with the position of his main opponent, Hillary Clinton, and the man who would like to return to the White House as First Gentleman. During the 1992 campaign, she was widely criticized for making a small fortune in cattle futures in the late 1970s, turning $1,000 into $100,000 within ten months through careful trading and a bit of luck. While Sanders has not revived this attack, it does stand as the sort of dealing that has inflamed the public for well over a century. The story of how the federal government first tried to regulate futures trading might provide both a caution and a model for Sanders’s hopes of regulating the modern finance industry. 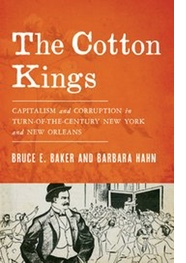 Futures trading involves contracts between buyers and sellers for the delivery of a specified quantity of a commodity at a specified price at a future date, and the practice goes back as far as the Japanese rice market in the seventeenth century. In the United States, futures trading in grain arose in Chicago at the end of the 1840s, and in the years following the Civil War, both New York and New Orleans hosted futures markets in cotton. When it works well, futures trading can smooth price volatility by predicting future supply and helping traders hedge risk. But by the 1880s, the futures market was not working well, at least not enough of the time. Grain futures in Chicago were susceptible to corners, where a trader came to control all the futures contracts for a particular month, driving up prices. In the late 1880s, Benjamin Hutchinson made repeated attempts to corner the market, succeeding in 1888 when he cornered September wheat, more than doubling the price.

At the same time as Congress was trying to curb monopoly power with the Sherman Anti-Trust Act of 1890, it considered a bill to ban futures trading altogether. An Ohio Republican in the House of Representatives, Ben Butterworth, introduced a bill that aimed to satisfy agrarian interests by eliminating altogether the speculation in agricultural commodities. But getting rid of all futures trading, as the Butterworth Bill set out to do, would destroy the agricultural economy, especially where farmers depended on credit from year to year. Rather than empowering the farmer, the bill’s opponents argued, the Butterworth Bill would “crush out the small dealers and place the farmer at the mercy of the large capitalist, who can buy cash grain; but they will buy at such a price that they can hold it until Gabriel blows his horn without sustaining a loss.”

A more successful approach was adopted in the cotton futures market a couple of decades later. Here the problem was not prices that were too high, but prices driven relentlessly lower by bear traders taking advantage of the corrupt practices of the New York Cotton Exchange. Cotton prices that were below the cost of production impoverished millions of farmers in the South in the 1890s. As the new century began, a group of bull traders in New Orleans did manage to corner the market in 1903, controlling the world supply of cotton for a few weeks and doubling the price for a time. But they could not change the rules of trade at the New York Cotton Exchange; as a private institution, its practices were beyond the reach of the law. Either you traded by the New York Cotton Exchange’s rules, or you didn’t trade there at all, leaving you frozen out of the world’s leading cotton futures market. By the early 1900s, the rules were, not to put too fine a point on it, designed to make it easy to push prices down, which hurt farmers. Manufacturers sort of liked the low prices, but they didn’t like the volatility, which made planning difficult.

Southern politicians, all Democrats, kept trying to pass law to ban futures trading, but they couldn’t get a bill through a Congress controlled by Republicans. Eventually, though, in 1912, the Democrats controlled both houses of Congress and the White House. New Orleans-based brokers convinced Congressman A. Frank Lever of South Carolina, who chaired the House Agriculture Committee, that the solution was not to simply ban futures trading entirely, but to get rid of the crooked New York practices. That is exactly what he did, and in 1914 Congress passed the Cotton Futures Act, which effectively made the more fair practices of the New Orleans Cotton Exchange the law of the land. Grain futures would have to wait until 1921 for regulation, and these laws paved the way for the formation of the Commodity Futures Trading Commission in 1974.

That seems a long time ago now, and the financial world has changed as much since 1974 as it had in the sixty years before that. Many new forms of financial derivatives have been created and traded, and whatever benefits that trade has had, the ability of the finance industry to innovate faster than government has been able to regulate has had some disastrous results. Bernie Sanders is riding a wave of public outrage over this, and some of his plans, like reintroducing the protections of the Glass-Steagall Act, would help control Wall Street by bringing back constraints from the 1930s. In trying to get a handle on how democracy can restrain the riskiest habits of speculation, he should avoid the all-out attack of Ben Butterworth, stifling everything without an appreciation for the effects. Instead, Sanders would do well to take a lesson from Frank Lever and let the honest parts of the market be the model for its regulation.