Emily Dufton, Ph.D., is an ACLS Public Fellow at the Center for Public Integrity. A Higher Calling: How Grassroots Marijuana Activists Shaped the Modern War on Drugs will be published by Basic Books in 2017. 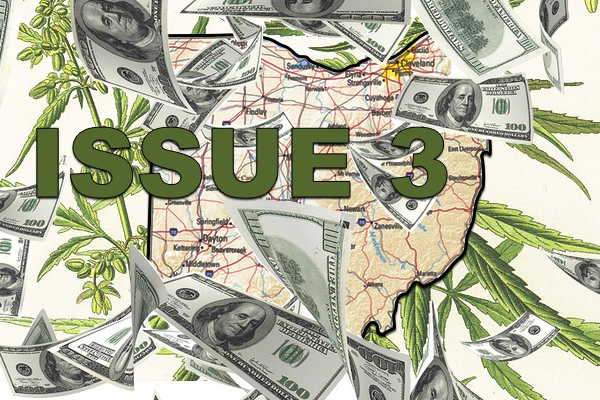 When polling stations closed last week, the response to Ohio’s rejection of Issue 3 came fast and furious in local and national news. “Ohioans did the right thing on Tuesday by overwhelmingly rejecting a deeply flawed marijuana legalization ballot initiative,” Vikas Bajaj wrote in the New York Times. “The proposal would have amended the state’s constitution to grant a monopoly on commercial cultivation of cannabis to a small group of investors, which is a terrible idea.” The editorial board of Cleveland.com agreed: “Issue 3 is the wrong way to legalize marijuana for recreational use,” they wrote, “if there is even a right way to do it.”

In the wake of the first major anti-legalization vote after three years of seemingly intractable progress, what Bajaj and many others decried was not the halted expansion of legal cannabis, but rather the specter of Big Marijuana: the threat that pot, if legalized, would become as fierce and monopolistic a vice as Big Tobacco, Big Alcohol or Big Gun. And Issue 3, which was originally proposed by a group calling itself ResponsibleOhio and backed by wealthy investors (including retired NBA player Oscar Robertson and former boy bander and Buckeye State native Nick Lachey), seemed to embody those fears by granting the sole right to cultivate legal weed to just ten farms, all of which were owned and operated by these same investors. As November 3 approached, the specter of a marijuana monopoly seemed increasingly real: even as legalization was being touted as a social justice issue (by reducing the number of arrests of non-white males), it couldn’t escape the fact that it also smacked of a system that was inherently unfair, a symbolic gesture toward social equality that, in truth, benefitted only the already-privileged few.

What’s particularly interesting for drug historians, however, is not that this was one of the first rejections of legal marijuana in the past three years, or that it could be a harbinger of marijuana’s difficulty making inroads in the Midwest, but rather that arguments against Big Marijuana are once again rearing their ugly heads. The specter of Big Marijuana invoked in Ohio was only the most recent example in a debate that’s been going on for forty years. Newly-reinvigorated after Ohio’s rejection of Issue 3, whenever there are discussions of legalized or decriminalized marijuana, fears of corporate takeovers and monopolies are never far behind.

As I’ve mentioned before on this site, most of our current arguments over legalization are nothing new. Many are recycled, often almost verbatim, from conversations we’ve had about marijuana for the past four decades. But what makes debates about Big Marijuana relevant today is how surprisingly consistent they’ve remained. Activists for and against legalization have warned against a corporate takeover of the industry for years, with the only difference being how, and why, they’ve made their claims.

Pro-marijuana activists have long argued against Big Marijuana out of fear that it would destroy the purity of their culture, eliminating the radical countercultural ethos that originally inspired the movement in the 1960s. In January 1977 Abe Peck published “The Rolling Paper Review” in Rolling Stone, which detailed “the past, present and future of the paraphernalia industry.” In it, he interviewed two young men who had made fortunes in the marketplace of decriminalized marijuana: Don Levin, the 28-year-old president of Adam’s Apple, a paraphernalia supply company based in Chicago, and George Sells, the 33-year-old distributor of One-and-a-Half rolling papers and owner of Head Imports in Aspen, Colorado.

Levin was thrilled to take advantage of the widespread decriminalization laws passed in the 1970s (when 11 states containing over a third of the population decriminalized possession of up to an ounce of pot). “Decriminalization means that people who want to do something can,” Levin said, and that included buying goods from Adam’s Apple, which was then grossing over $10 million a year. But outright legalization was, in Levin’s opinion, a step too far. “Legalization means that the ad men will come in and say, ‘Buy this, buy this, buy this!’ They’ll make you use it for other than the real, euphoric reason for marijuana.”

George Sells agreed. “The paraphernalia business is going into the straight world,” he told Peck. “It’s going into K-Mart, into Kresge, into Woolworth.” This wasn’t a good thing for small businessmen like himself. “I see Lucky Strike joints, I see Hiram Walker joints. I see them pumping out 2,000 joints a minute. I saw a machine that can do 3,500 cigarettes a minute. It would eliminate us,” Sells lamented. “The ma and pa stores are finished. The head shop is finished. It’s like the candy store. It’s all over.”

But if pro-marijuana activists were warning against Big Marijuana because they feared it would destroy their countercultural way of life, a marijuana market on level with Big Tobacco was equally as frightening to anti-legalization activists, though for vastly different reasons. Sue Rusche, who founded the grassroots anti-drug parent group National Families in Action in 1977, wrote in her Guide to the Drug Legalization Movement and How YOU Can Stop It! that Big Marijuana would be the de facto result of any legalization initiative, and that drug use would dramatically increase as a result. Rusche paralleled legal marijuana with the tobacco industry’s rise after cigarettes were invented in the 1860s, and argued that this was a perfect example of how the country had repeatedly combined “an addictive drug with the uniquely American forces of mass production and mass advertising.” This dangerous combination “virtually guarantees mass consumption,” Rusche wrote, and warned that an endless budget for promotion would mean that, just as cigarettes had been promoted with Joe the Camel, marijuana would be marketed directly to kids. For those reasons alone, Big Marijuana had to be stopped.

Despite their age, these arguments aren’t very different from what current activists were saying about Issue 3. After the vote, Kevin Sabet of Project SAM (an anti-legalization organization that works to halt the “commercialization and normalization of marijuana”) said that Ohio voters recognized a greedy investment deal when they saw one. “When people understand this is about money - not pot - they are turned off,” Sabet told the Washington Post. “And since all legalization efforts are essentially about money, you can be sure we’ll be reminding voters in other states about the true intentions of legalization advocates.”

But pro-marijuana activists opposed the initiative as well. Ethan Nadelmann, executive director of the Drug Policy Alliance and a longtime proponent of legalization, said in the same Post story that the “constitutionally mandated oligopoly” was “offensive” to Ohio voters. And Michelle Alexander, a law professor at Ohio State University and author of The New Jim Crow, published an impassioned Facebook post last Monday afternoon asking voters to reject the plan. Granting an oligopoly to those “who hope to get rich quick by exploiting an opportunity created by a movement that aimed to remedy decades of relentless punishment of the poorest and most vulnerable is not justice,” she wrote. “Call it what you want, but please do not call it that.”

Quotes like these make it clear that one of the most pervasive and persistent fears about legalization is not about marijuana’s uses or effects, but rather about its potential corporate exploitation. As the multibillion-dollar market moves mainstream, fears that marijuana would be subjected to the same sense of capitalistic greed that drives Philip Morris and Anheuser-Busch sends chills down the spines of all marijuana activists, whether they support legalization or not. And even as a majority of Americans (58%) support legalization, forty years of consistently anti-corporate debate prove that, unlike any other drug or crop, voters are more willing to support marijuana if its production and distribution remain almost artisanally small. Like microbreweries or family farms, American voters seem to enjoy marijuana when it is local and organic, farm-to-table, single-origin; pot as the new arugula in your CSA.

But as a potential new Philip Morris, voters will pull the plug. The most important lesson that we can take from voters’ rejection of Issue 3 is not that, despite Ohio’s stumbling block, legalization is still a done deal – “inevitable” as Alex Halperin said in Rolling Stone or that “all that remains is for the last chips to fall,” as Wil S. Hylton wrote in New York magazine. Nor does it mean that Kevin Sabet is correct when he says that “the anti-legalization movement is alive and well,” and that the tide against legalization has already started to turn.

Instead, it means that significant questions remain about what the legalized marketplace should look like in the future and how it should work. Concerns that were brought up over forty years ago remain problematic today, not because people don’t feel strongly about them, but because marijuana has swung so repeatedly between the polls of demonization and acceptance, from “Just Say No” to “Yes on Issue 3.” But even as the drug’s legality continues to shift, our long and complicated history with Big Marijuana should have anticipated the outcome of the Ohio vote. The state’s rejection of Issue 3 may not predict where legalization will go from here, but it certainly shouldn’t have come as a surprise.