Edward Freedman is the editor of The Journal of Interdisciplinary History. 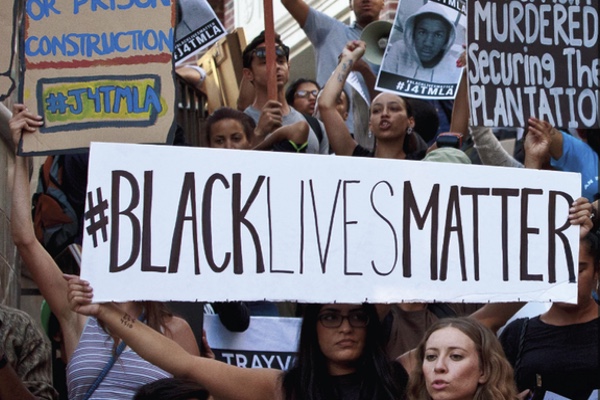 The last three years have witnessed a number of young unarmed black men—among them, Trayvon Martin, John Crawford III, and Michael Brown—losing their lives at the hands of white policemen (or, in Martin’s case, a member of a neighborhood watch) who were able to claim, with the courts on their side, self-defense as justification. More often than not, these killings came at gun point. But, even though they are singular and shocking every time that they occur, such murders are hardly isolated and unprecedented in American history. They punctuate a long series of incidents involving racism, police brutality, and judicial leniency that we would do well to recall.

Jeffrey Adler’s articles “Shoot to Kill: The Use of Deadly Force by the Chicago Police, 1875-1920” (2007) and “Cognitive Bias: Interracial Homicide in New Orleans, 1921-1945” (2012), both published in The Journal of Interdisciplinary History, testify to a long, sullied tradition of racially motivated police violence, largely with impunity. In Chicago, comprehensive police logs reveal a tremendous surge in police homicides (which includes shootings in self-defense) after the turn of the twentieth century, exacerbated by a rise in robbery homicides that frightened the middle class and launched a crusade against crime by the popular press. The upshot was an intensified shoot-to-kill policy on the part of the police; the predominant targets of this new crime-fighting approach were African Americans. In Adler’s words, “African Americans comprised 3 percent of Chicago’s population and 21 percent of the police-homicide victims. Facing mounting pressure to protect the good people of the city from robbers and confronting a racially different and seemingly more alien, dangerous class of criminals, Chicago policemen shot often and shot to kill during the decades after 1890.”

Aided and abetted by popular sentiment and a court system with an excruciatingly loose definition of self-defense, the Chicago police shot first and asked questions later, if at all, regardless of the suspected offense. Not even pickpockets and tramps were safe. Suspects could be shot for refusing to halt or reaching into their pockets for weapons that did not exist. Such errors in judgment rarely resulted in prosecution, even though “Chicago policemen killed one person by mistake for every nine escaping, menacing, or attacking suspects that they killed.” A reform movement aimed at eliminating corruption in the police force eventually brought change, but far from eradicating the shoot-to-kill policy, it encouraged local officers to prove their mettle by meting out even harsher justice. Nor did the situation improve in time. According to Adler, the data suggest that from the 1950s through the 1970s, the Chicago police committed homicide at a rate similar to that earlier in the twentieth century, with African Americans continuing to take the brunt of it.

The story in New Orleans was not much different. Between 1921 and 1945, 163 interracial homicides occurred in New Orleans, and whites, primarily local policemen and watchmen, were responsible for 108 of them. Again, although self-defense was generally the preferred, and respectable, excuse, “two-thirds of the African-American men fatally shot by police officers in response to suggestive movements or threatening motions . . . possessed no weapons.” But if the victims were not reaching for weapons (many of them were simply trying to run away), how could their gestures have been threatening? Were the killers all lying, or is another explanation possible, at least in some cases?

Based on evidence compiled by social psychologists and neurophysiologists, Adler suggests that “fear conditioning,” whether acquired through popular culture or personal experience, can cause people to “see” danger when none is present. “In laboratory experiments, fear conditioning leads white test subjects to interpret neutral or ambiguous behavior in ‘stereotype-congruent’ ways, perceiving it or imagining it as outright aggression.” White subjects in a variety of test settings are more apt to see guns in the hands of unarmed African-American men than in the hands of unarmed white men, especially under pressure, and to act accordingly, albeit erroneously. This “shooter bias” afflicts people in all walks of life—children, young adults, police officers, etc. Even people who are loathe to view themselves as having any racist tendencies are susceptible. Psychological reactions founded in racial prejudice also manifest physically--heart palpitations, muscular responses, etc.—beyond conscious control. As a coda, Adler briefly explores the contribution of the part of the brain known as the amygdala to the processing of fear and anxiety.

To some extent, the twentieth-century police forces in Chicago and New Orleans that Adler studied present test cases for a gun-carrying population. Whatever personal security they may afford, guns carried for self-defense tempt and indulge the worst forms of human conditioning. People’s tendency to “see” what they fear can make them dangerously fallible, and a society that largely shares this conditioning has been shown to dismiss their mistakes, no matter how grave. The recent cases of Martin, Crawford, Brown, and others merely repeat what Adler’s historical research discovered in Chicago and New Orleans. This disturbing pattern inevitably raises the question of whether we would be better served by learning not to tilt at windmills than by arming ourselves to tilt at them more readily and more perilously. Though not offered explicitly on these terms, Adler’s work lends historical insight about the intersection of two vexing contemporary issues, racism and gun control.